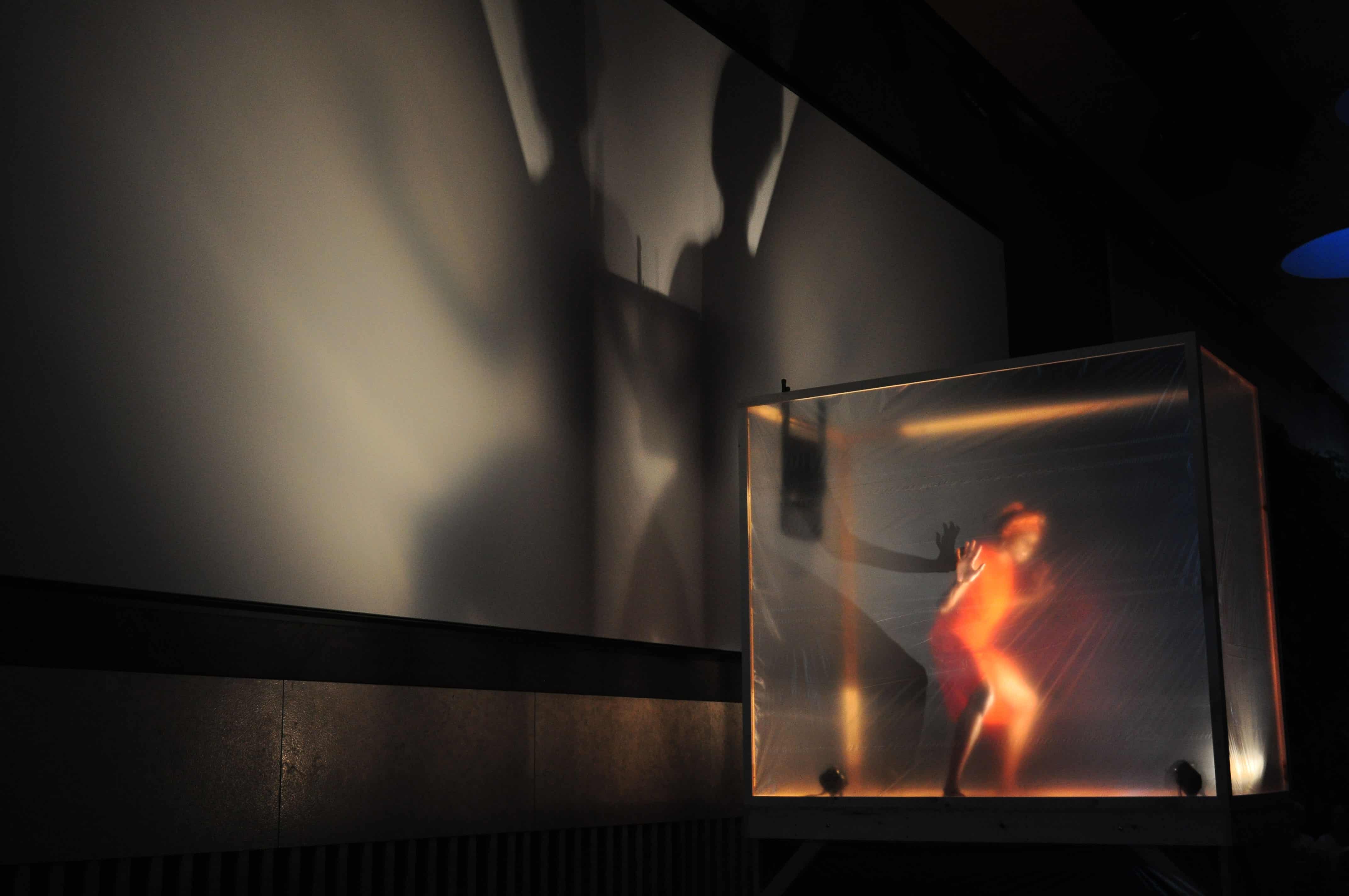 Poor People’s TV Room SOLO investigates the uprising of women in Nigeria, known as the Woman’s War of 1929 (or Woman’s Egwu, meaning dance). A meshing of performance and protest, this work examines how women use their power to counteract and bring their oppressors to heel.

We spoke with Okwui Okpokwasili about the performance this week.

SDTC: In your research for this work, what component or which person of the Women’s Egwu stood out to you in particular?

OO: What stood out for me, as I looked into the Women’s War of 1929, was the act of “Sitting On a Man,” where a collective of women would, in a way, breach the compound walls of a powerful Indigenous official, one appointed by the colonial administration of the British government, and demand a redress of grievances by singing songs of rebuke, by calling out the failures and weaknesses of the official. The compound is a private, domestic space, and the women would not leave until the official expressed remorse and promised to take action. How long might that take? Two hours, five hours, twelve hours? And no one stepped in to usher the women off of the property or to, in any way, get in between the women and the subject of scorn. In the Igbo community, there was no question that the women had every right to confront and then, in a way, discipline powerful, abusive people.

Because it is collective action as durational performance. I was reminded that performance is inherent in all embodied protest actions. That performance can be, and often is, an act of urgently inscribing, in real time, with your body, what troubles and threatens you (or the collective body of your community) or brings joy.

What can women learn from the Women’s War that we can apply to the current climate we find ourselves in?

I don’t know if they have to learn anything; it seems that this is intuitive knowledge. I remember last spring, when the extent of the abhorrent family separation policy in the US was coming to light, and recordings of screaming and distressed children seemed to be everywhere, some members of the administration said they hadn’t listened to the recordings. And then an activist group set speakers up directly outside of Secretary of Homeland Security Kirstjen Nielsen’s home and blasted the sounds of the crying children.

I thought of Sitting on a Man. I thought of the women making sure that the people who inflict pain, and have the power to stop inflicting the pain, can’t hide and that they hear directly from the aggrieved. And what they have to hear is our alarm and for that alarm to have power it has to be unrelenting. And I think protestors understand this.

How has Poor People’s TV Room SOLO evolved since you first conceived it?

It’s harder for me to talk about how the piece has evolved, maybe easier for me to track my evolution within it. I understand it better. When I first started doing it, I think I was trying to be in control of it, now I feel like I let go, I let the song carry me where it needs to. In a more pragmatic sense, the video has shifted, my partner, Peter Born, has quoted from Nollywood scenes in a beautiful way.

How do you carry the memory of those who went before you? Why is it important for you to acknowledge this connection?

I’m not sure how I carry the memory of those who came before me, at least in an exact or literal sense. Perhaps, in remembering the power and brilliance of women fighting for change, women fighting to be seen, women fighting to be recognized as human beings endowed with the same value and entitled to the same rights as any man, I can find an antidote to the images of African women plaintively looking towards the West for a saviour.

But I also feel that I am inextricably linked to a past and marked by it, on a cellular level, and I want to reach into that cellular memory and reside there for a while, in the service of what, I don’t always know. But I’m looking to reach into the space where I might be vibrating with some of those women from the past, in a strange and true way.

How does it feel to perform this work?

Progress Festival starts this week at locations across Toronto. Get full schedule, details and tickets here.