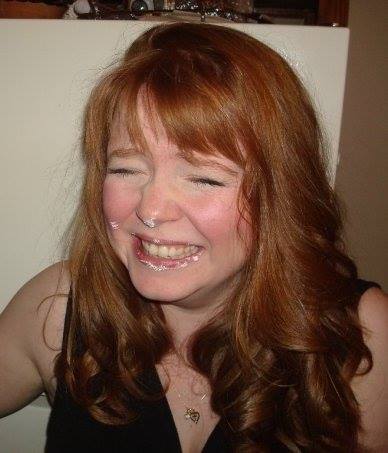 "I too yearn for the time I could lounge in a baby bjorn, suckling the nipple of a bottle while screaming hysterically because someone made me wear shoes--last Tuesday was so long ago--but the reality is that we’ve got to learn to be functioning members of society."

Welcome to adulthood! Learning to be your own parent.

Becoming a parent is hard. The world is no longer about frivolities like what website works best to stream the entire first season of Laguna Beach; now, that the emotional well-being and safety of a human life depends on YOU. The closest I’ve come to being a parent at this point in life involves sitting in the bath on a weekday afternoon, drinking gin and cheering for the successes of the girls on MTV’s Teen Mom (Amber, bb, hope you get out of jail!).

Full disclosure, I just did Jell-O shots in the kitchen by myself and am sulking because I missed a vintage sale, so I would not presume to write an  article about being ready to have real children around (maybe occasionally, to borrow their shirts and wear them as trendy crop tops…). No, friends, this is about the basics of becoming your own parent.

Teach yourself how to eat and drink
The ins and outs of self-parenting are as complex as they are simple. Aside from the basic obstacle of managing to provide yourself with three square meals a day–plus snacks–there are challenges at every corner. You have to make sure those meals–AND snacks–feature all the important food groups while at the same time practising “moderation”  (like, 20 apples is definitely too many apples). This becomes a problem because a) cooking takes time and b) some things just taste so good sometimes you really need to have 20 of them. It’s important to note that although packed with wheat (which belongs to a legitimate food group, btw!) as well as the appetizing promise of transporting you to a world where it no longer matters that you left the house wearing an accidental see-through blouse, beer is NOT a meal. I know. Trust me, I know. I was upset about the news too.

A great solution to these challenges is a dish I like to call “Ingredients” which involves taking whatever you find in your fridge and putting it on a plate. You can make sure you’ve got each food group represented, there’s no cooking involved, and if it all fits on a plate you’re clearly exercising moderation. Bon appetit, you mature culinary genius!

Prepare to pay for mistakes
Did you spend your OSAP on gum and condoms? I know, me too. We’re idiots. Now that we’ve found ourselves tethered to spiraling debt for what will likely be the majority of our adult lives (S/O to the Canadian government for making the pursuit of education feel like a crippling mistake!), as new parents to ourselves it is our responsibility to create and adhere to a budget. This is where giving up the expectations about the kind of life you want to live comes into play. Isn’t parenthood fun? Get yourself in a position to take at least 10% of your paycheque and put it in a savings account. Don’t make enough money? Work odd jobs. If you’re smart and conscious about how much money you actually have, the apparently impossible idea of “saving” slowly becomes manageable. Plus, how cool is it going to be when you’ve got enough money to put a down payment on a yacht? It’s that easy, right OSAP? #artsdegree #worthit

Learn to say “no”
This is so, so, so important. Saying “no” is one of the easiest things to do as a child, yet feels incredibly hard to do as an adult. It is essential to learn when it is and is not appropriate to say no to things that are being asked of or offered to you. Without the power of negation, you’ll end up taking on too much, or find yourself bending over backwards for people or things that aren’t important to you. Repeat after me: No. Non. NEIN.

Designated nap times
Need I say more? Hot tip: You can take a nap behind a pair of trendy sunglasses anywhere. #zzzz

Be your own biggest cheerleader
The world is rough. Ain’t nobody curr ‘bout you but you. At least, that’s how it can feel sometimes. Look, you’re great! You know it, I know it, but there may not always be someone around to tell you. That’s why you gotta be your own biggest fan. Channel your mom or dad’s response to childhood macaroni art: everything you do, no matter how weird or slightly cruddy, is GREAT. And hey, after that little league game/shotput match/adult tap dance recital, make sure to reward yourself for getting out there and really trying by taking yourself out for an ice cream* (*double gin and tonic).

Listen, this stuff isn’t easy. I too yearn for the time I could lounge in a baby bjorn, suckling the nipple of a bottle while screaming hysterically because someone made me wear shoes–last Tuesday was so long ago–but the reality is that we’ve got to learn to be functioning members of society. Or just how to be members of society. At the very least we’ve got to learn to be.