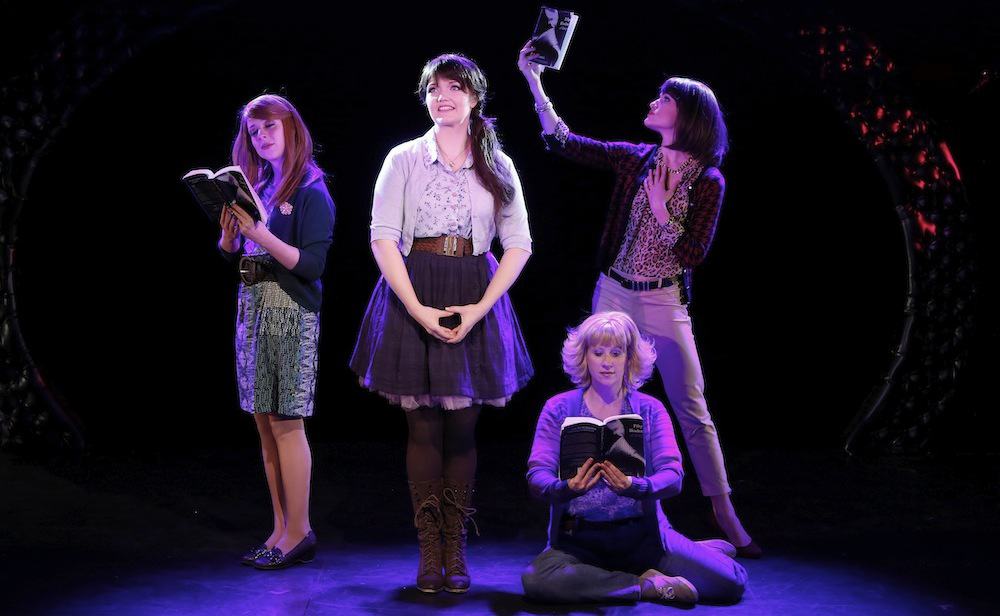 "This is not necessarily a family musical, but you knew that already."

One Sexy Musical: 50 Shades! The Original Musical Parody at the Bluma Appel Theatre

Confession: I have not read the suburban mom-acclaimed S&M diary Fifty Shades of Grey. But that was not going to stop me from seeing 50 Shades! The Original Musical Parody at the Bluma Appel theatre, because I love sex and I love to laugh. With no knowledge of the actual musical or the book (outside of the Coles Notes summary), I had assumed I would be in store for raunchy songs, raunchy sex and raunchily being felt up by my date. The musical delivered on all counts.

The show opened with a voiceover: “The show runtime is 69 minutes, with a 20 minute intermission.” I said to my date, “If this is the calibre of jokes, I am going to be very disappointed.”

The show started slow, but then it got blue.

The story passes back and forth between a book club of lusty wives and divorcées, and the story of Fifty Shades of Grey. Anastasia Steel sings a very accomplished song about “a hole in [her] life that needs to be filled.” You’d think this joke would grow stale very quickly, but Steel sings powerfully, complete with mixed euphemisms for her vagina, and the penis that is meant to fill it. The audience is then introduced to Christian Grey, a man who I imagine is pegged as a tall drink of water in the book, but on-stage is a sexy, hairy, portly man who is so nimble and flexible that I would pay to have him dance in front of me and tell me how he’s going to eat me like he’s eating poutine. I kid you not, there are about 10 minutes of uninterrupted merriment on stage when Grey, in a low-cut singlet, thrusts his bulge to the audience, telling everyone in attendance that he would fuck them.

And the raunch factor gets pushed further—Steel is asked to sign a contract that will allow Grey to fist her, which is demonstrated with a toy that projectile shoots a plastic fist at Steel’s buttocks. There is even an ensemble song where the cast sings about “jizzing on your face,” in case you hadn’t quite gotten there yet.

I went to this parody musical with the intent to laugh, and maybe derive some kind of sick sense of pleasure from the whole comedic re-telling of the story. In a way, I felt like the wife who is unfulfilled sexually and cracks open Fifty Shades of Grey for the first time. I was sated musically and aroused sexually. Four stars.

50 Shades! The Original Musical Parody is on until April 13 at the Bluma Appel Theatre. Buy tickets here.