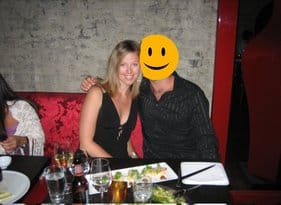 Online Dating Advice From ACTUAL Experts: That is, women doing it happily and successfully

I will confess, most of the couples I know met through old-fashioned channels. Not “introduced” old-fashioned, but in a way that didn’t involve the internet as a dominant factor in their union. In fact, I only know one person in a committed relationship who met their lover online, and that was kind of an accident. Online dating is something of a mystery to me.

Dating site commercials, however, would lead me to believe that my social group is the exception to the norm. After all, “One in five relationships now start online!” On She Does The City, we’ve published plenty of accounts of the woes of online dating,but we’ve never talked about the success stories. Who are the one in five? I decided to try and find them.

Rachel* is in her late twenties, lives in Toronto, and has been in a long-term relationship with Nate*, a guy she met online, for over a year. From the beginning, she’s found online dating to be less superficial than the Friday night last call pick up game. “I actually found it to be less about looks and more about learning about personalities,” she says.

Erin, 33, has been online dating for four years. A part-time PhD student and department of health policy officer, she’s a Canadian living in Australia, and she definitely knows what she’s doing when it comes to online dating. Why? In her first couple of months online, she was number 5 in a top 100 Australia-wide list of singles on her site. “Sometimes,” she says, “I would have two dates in one day. I would get one date to pick me up from the first date. It was fun, scandalous, but very exhausting and I didn’t really get anywhere treating it as a sport. I got lots of good stories, though!”

While she’s been on some ridiculous dates, including one with a guy who SLEPT WITH HIS PET PARROT, (seriously, you can’t make this stuff up), Erin’s also had serious relationships, and gained some important friendships, with people she met through online dating sites. Rachel also found the sites a great place to meet people outside of her everyday world and that includes friends as well as dates. Says Erin, “Most girls know within three seconds of meeting the guy if they are interested or not,” but that’s no reason to bail after 15 minutes. “Everyone needs more friends. Commit to staying at least one hour, and get to know the person. You might have a girlfriend who would be perfect for this guy, or he might have a friend for you.”

A Canadian friend of hers went on a date with a firefighter. She wasn’t interested, but the two of them organized a firefighter’s Valentine’s Day party with about 30 people that has become an annual event. The first one generated at least 10 hook ups, and one enduring relationship. Another friendship tip? Date girls. “Often, as you approach 30, all of your friends pair off, get married, and have kids,” says Erin. “No one really wants to go out anymore. Finding chicks who are in the same boat as you helps you to keep getting out there and meeting new people.” She once messaged another woman on an online site to inquire about the breed of her dog, and they’ve become close friends.

Erin says having an open mind is important. One of the benefits of her early date-often approach is that going on lots of dates increases your confidence, and your ability to speak to anyone. But you still have to be a bit selective. She recommends a Facebook pre-screen, to see if you have mutual friends or if the two online profiles match. Once, she discovered she’d already dated a guy she’d been chatting with. Another guy turned out to have a girlfriend, and a third had an ex who looked exactly like her. Needless to say, Facebook has spared her some seriously awkward encounters.

Rachel says that those awkward encounters are inevitable, but only because they’re a reality of dating in general. “You have to learn how to take the bad with the good,” she says. Women, especially, will be bombarded with messages. “Seach for what YOU want, instead of sifting through the messages from people who are interested in you.” She messaged Nate to say she was interested, not the other way around, and as she says, “The rest is history.”

The key, in the beginning, is to forget about the stigma that occasionally still clings to looking for a partner online. “When someone made a comment to me about the stigma of online dating, I would simply say “Well, it’s not like they’re not real people. They’re on there, just like me,’ says Rachel. She advises girls who are reluctant to just give it a try, and remember not to get overwhelmed. One way to avoid that, Erin suggests, is by doing some research before you put your profile together. She copied her first from a guy who riffed on a clever GQ interview. She says a sense of humour will really help you stand out. The above picture is one of her and her ex that she photoshopped and accompanied with the caption “This Could Be You.” Guys loved it.