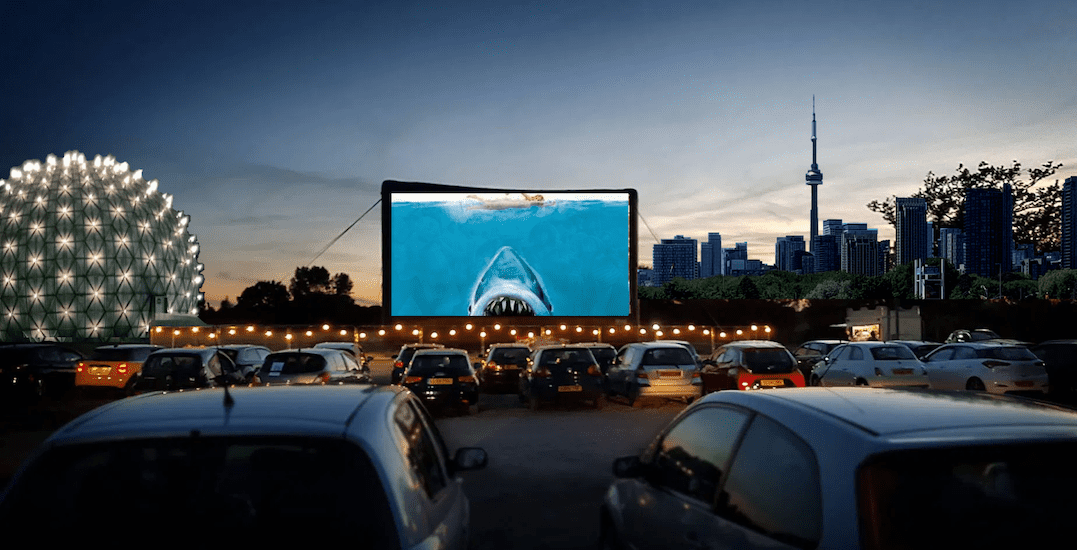 There’s nothing quite like the experience of going to a drive-in theatre — warm summer nights, double features, and everyone watching from the comfort of their own car. While unfortunately there isn’t a drive-in theatre open in Toronto anymore, if you venture out a little further there are some hidden gems scattered across the province. 18 of Canada’s 43 remaining drive-in movie theatres are in Ontario!

This summer, catching a movie outdoors is at the top of our bucket list — whether it’s in a city park at the Toronto Outdoor Picture Show, or a little further away at one of these Ontario theatres.

Find somewhere close to you and cruise on over to enjoy a film under the stars. Here are a few of our favourites.

The Starlite Drive-In in Grand Bend opened in 1955, and is one of Canada’s oldest operating drive-in theatres. It has two screens and can hold about 250 cars. Lightyear and Dr. Strange 2 are now playing. See what else is coming, including July titles. Tickets are $12 for an adult double feature.

The Muskoka Drive-In was originally opened in 1952. It has two screens that sit on a large rock formation that towers above the drive-in lot. A very unique drive-in setup. They only take cash and don’t permit any outdoor food, but they allow leashed pets! Whose dog is itching to watch a new release? Make a plan.

Mustang Drive-In in Picton is a dual screen drive-in that’s been around since the 50s! They charge by carload and you can contact them if you’d like to host a private event. Mustang also has a location in London that can hold up to 800 cars, and a single-screen drive-in theatre in Guelph.

Of all the drive-ins, the Sunset in Barrie seems to have the broadest selection of films. You’re sure to find something that you (or your little one) is excited for.

The Boonies Drive-In is located near Windsor and is one of the newest drive-in movie theatres in Canada having opened in 2014. Upcoming films include Where the Crawdads Sing and Uncharted. 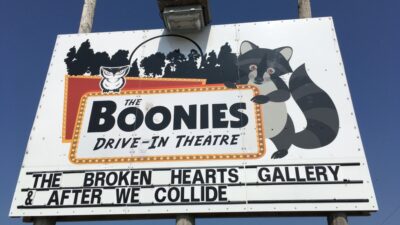 The Hanover Drive-In Theatre opens for the 2022 season on June 24 with a double-feature showing of Jurassic World: Dominion and a new adaptation of Stephen King’s classic thriller Firestarter. If you’d enjoy a long night under the stars, they have been known to show triple features and even “Dusk till Dawn” shows with 4 movies!

Located a short drive from Newmarket in the town of Sharon, Stardust is open in the evenings 7 days a week and offers three screens. They’ve got the blockbusters for all ages lined up already, we can’t wait to see what’s playing as the season goes on.

About an hour’s drive from the city, Port Hope’s drive-in theatre is only minutes from the lake. Catch double and sometimes triple features at this classic theatre that’s been open since 1947! They have some buzzy new releases on their summer slate, including the Elvis movie and Jordan Peele’s new horror flick Nope. If your town isn’t close to a drive-in, you can also check out Metro’s Retro Drive-In movie nights this summer. Pop-up drive-in theatres will be set up in various Metro parking lots across Ontario, including Etobicoke, Pickering, Whitby, Mississauga, Hamilton, London, Barrie, Newmarket, Peterborough, Ottawa, and more. They will be screening throwback films, as well as hosting pre-show musical performances and a marketplace for local vendors. Dates for Orangeville (for a screening of My Girl) and Sault Ste Marie have already been announced for early July.