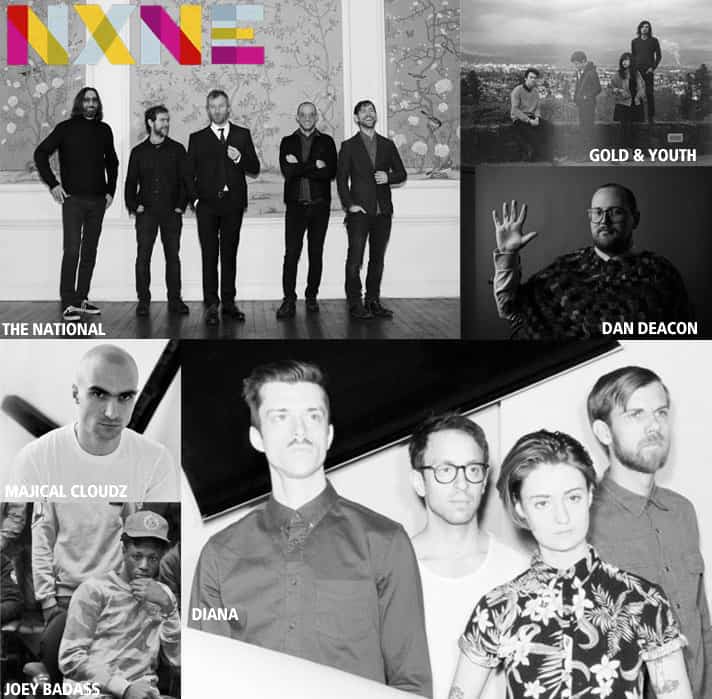 A former SDTC writer named Heather once compared North by Northeast to the “Incoming Game” sequence in Reboot and I’m pretty sure I’ve referenced it every year since she wrote it, because it feels so accurate. The city is filled with the kind of energy that can only be a byproduct of a swarm of musicians taking over every dive bar, performance space, and independent business in town. There’s so much to see that pretty much any venue you wander into this weekend will offer up great tunes, but here are the shows we’re most excited for.

Del Bel
Cinematic surf rock that brings together some of Toronto’s most talented musicians.
The Great Hall
Thursday, June 13 @ 1 AM
Creatures Creating
Saturday, June 15 @ 12 AM

Majical Cloudz
This moody electro act is one of our new favourites.
BLK BOX
Saturday, June 15 @ 12 AM