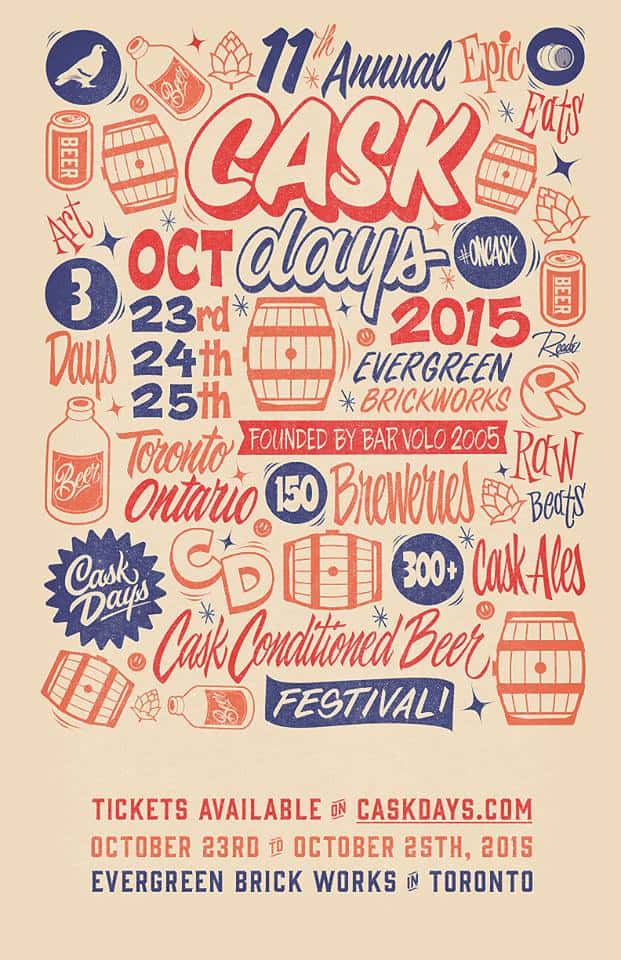 Our Pick of the Week: Cask Days

Posted on October 22, 2015
This weekend, craft beer lovers will descend on Evergreen Brick Works (550 Bayview Ave.) for Cask Days, the annual Toronto festival celebrating the unpasteurized, unfiltered, and naturally carbonated beer served direct from a cask barrel.
The festival features more than 300 beers and ciders from breweries across Canada, the United States, and the United Kingdom. Washington has been chosen as the feature brewery for 2015 in conjunction with Elliot Bay Brewing of Seattle, and attendees will have an opportunity to try a variety of beers that have never been served in Ontario before.
But that’s not all! In addition to an exceptional lineup of beers, Cask Days will be bringing together some of Toronto’s most coveted restaurants and chefs, including Brando’s Fried Chicken, WVRST, Porchetta & Co., 416 Snackbar, and Bar Volo.