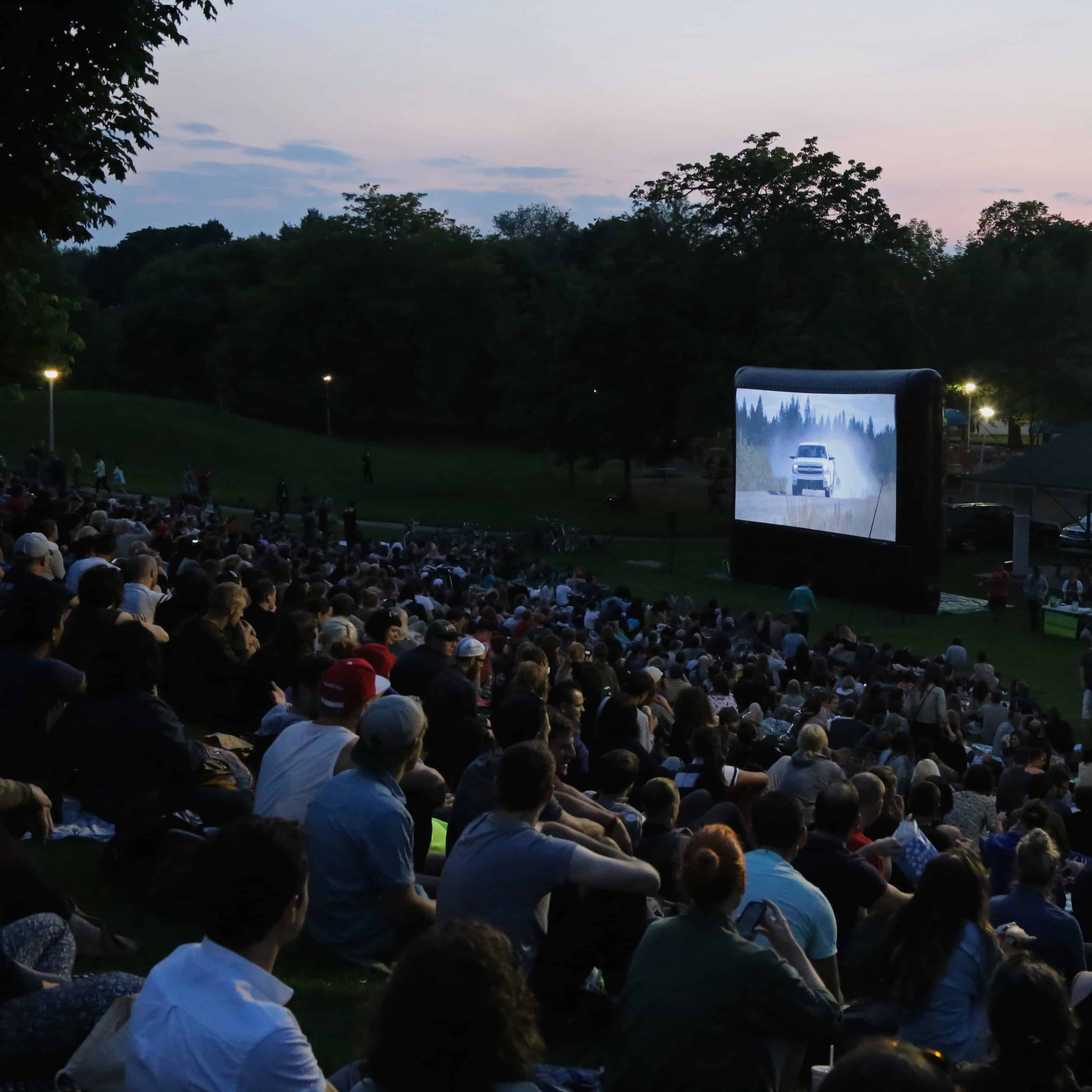 Our Pick of the Week: Christie Pits Film Festival

It’s officially summer, which means it’s time for another season of outdoor movie screenings in Christie Pits Park! Starting this Sunday through August 28, Christie Pits Film Festival will present a nine-evening series called Stranded in Christie Pits! that looks at the claustrophobic worlds of characters trapped physically and metaphorically by circumstance, society, and their own foolishness.

The series kicks off with a screening of the 2013 contemporary space odyssey Gravity, starring Sandra Bullock and George Clooney. The evening will begin with Young Galaxy’s sci-fi inspired music video for “New Summer.” Eats and treats will be provided by Whole Foods Market, FeasTO, Kungfu Dawg, and Macchina Mobile Cafe from 6 p.m. onwards.

CPFF is free, but donations are welcome ($10 suggested). Screenings start at sundown and include captioning whenever possible. BYOBlanket!