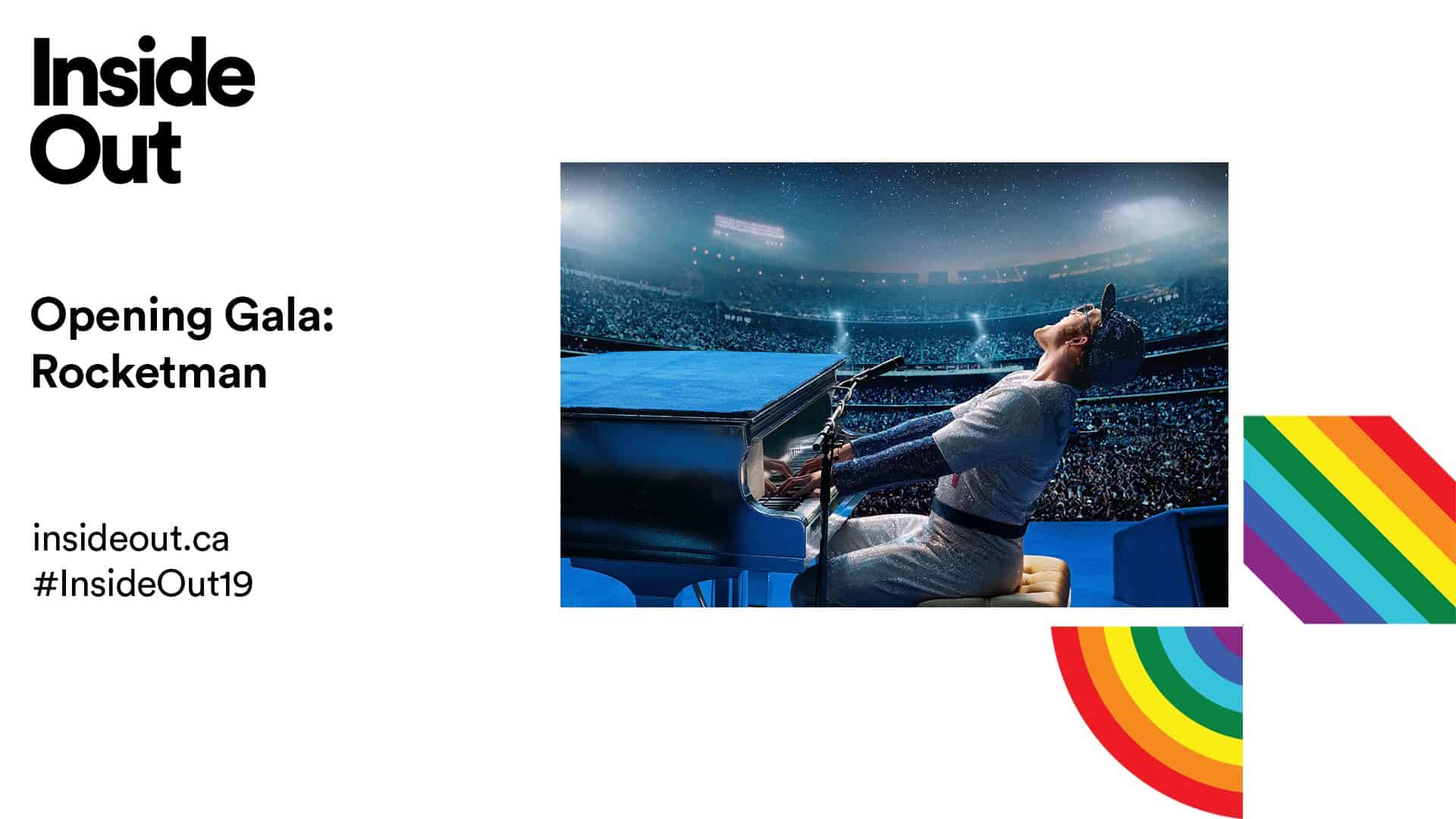 Since holding its first screening at Toronto’s now-defunct Euclid Theatre in 1991, Inside Out has grown to become the largest event of its kind in Canada and one of the top LGBTQ+ film festivals in the world.

This year’s edition kicks off Thursday, May 23, at 7:30 p.m. with a gala presentation of the new Elton John biopic Rocketman, starring Taron Egerton as the queer icon (the film hits theatres across Canada on May 31), and runs through June 2. The opening week will also feature Get Bent + Inside Out: A Drag Fundraiser in support of Maggie’s, an organization that provides education, advocacy, and support to sex workers, along with The Pink Market, where you’ll find more than 30 local LGBTQ+ vendors selling crafts, fashion, art, and literature.

Single tickets range from $9 to $14 for regular screenings and $20 to $32 for galas and special presentations.

Here are a few of the screenings we’re most excited about:

This film from director Samantha Lee tells the story of a 90s high school romance between teenage rock star Billie and model student Emma. Their relationship threatens to tarnish Emma’s reputation and becomes even more complicated once she finds out she’s pregnant.

Written and directed by Brad Michael Elmore, Bit stars trans actress Nicole Maines as Laurel, a small-town girl who heads to Los Angeles after graduating from high school. On her first night in the city, she befriends a group of feminist vampires at a warehouse party and must decide whether to join the squad or return to her boring life.

Scream Queen! My Nightmare on Elm Street is a documentary centred around openly gay actor Mark Patton, whose starring role as Jesse Walsh in 1985’s A Nightmare on Elm Street 2: Freddy’s Revenge earned him the title of cinema’s “first male scream queen.” Filmmakers Roman Chimienti and Tyler Jensen follow Patton as he attempts to make peace with his past and confronts the cast of Freddy’s Revenge.

Armistead Maupin’s Tales of the City

Based on the Tales of the City books by American author Armistead Maupon, this upcoming Netflix miniseries marks the beginning of a new chapter of this beloved story. Mary Ann (Laura Linney) returns home to San Francisco, where she’s reunited with her daughter Shawna (Ellen Page) and ex-husband Brian (Paul Gross) twenty years after leaving them to pursue her career. Catch the first episode at this screening followed by an onstage conversation with showrunner, writer, and executive producer Lauren Morelli, Murray Bartlett, and Paul Gross.

Halston provides a comprehensive look at the rise and fall of American fashion designer Halston. The Iowa native took Manhattan by storm in the 1970s and could often be found spending drug-fuelled nights at Studio 54 with the likes of Bianca Jagger, Liza Minnelli, and Andy Warhol.