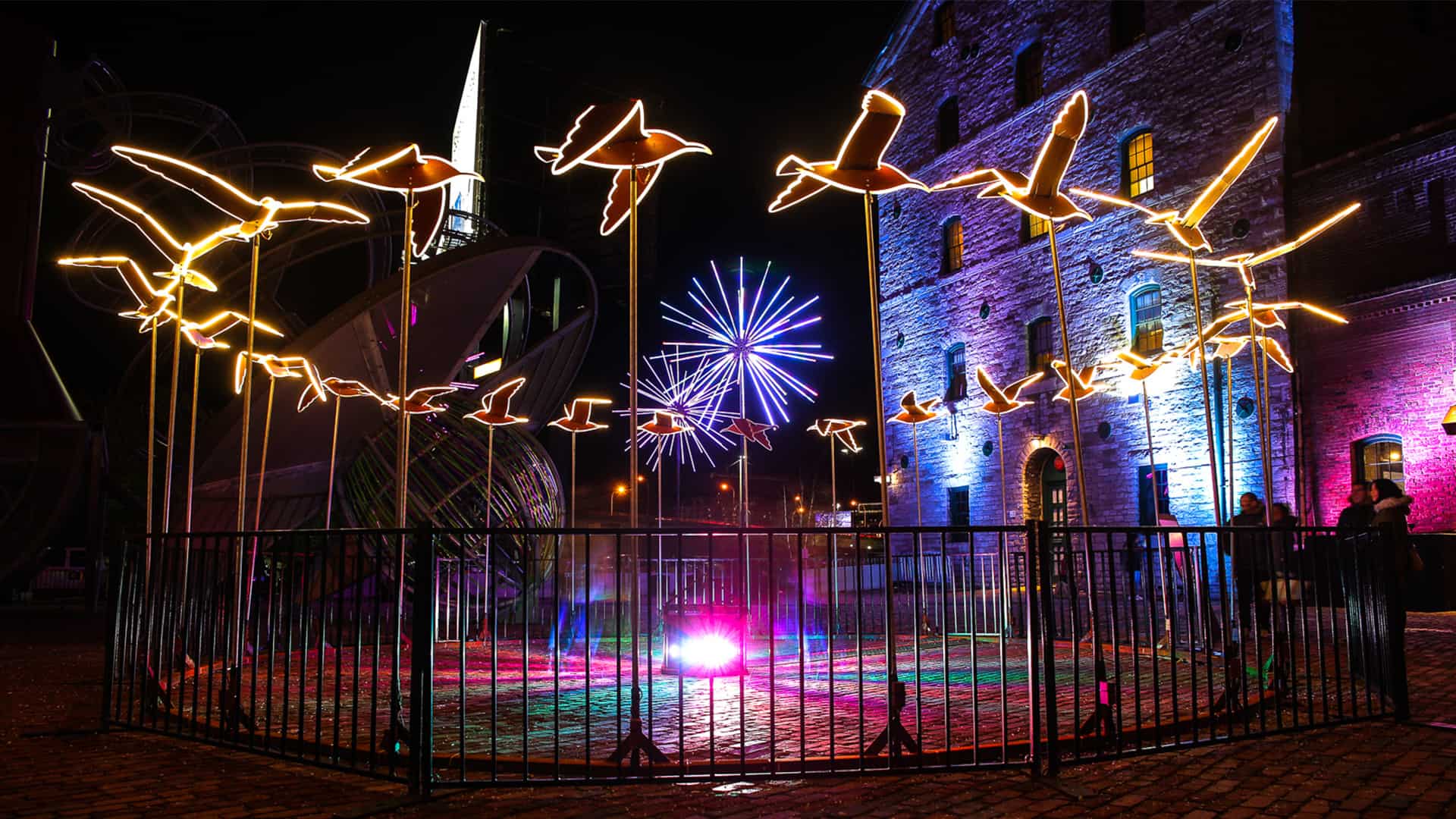 Our Pick of the Week: Toronto Light Festival

The Distillery District has once again been transformed into one of North America’s largest open-air lighting galleries as part of the Toronto Light Festival.

Running until March 3, the annual festival invites artists from around the world to create illuminated installations and sculptures to be displayed throughout the historic neighbourhood. The 2019 edition features more than twenty works by artists from the Netherlands, Russia, the United States, Israel, Turkey, Germany, Sweden, Austria, and right here in Toronto. Highlights include Wyoming artist Don Kennell’s 36-foot-tall polar bear, made out of recycled car hoods, and the colourful Phoenix Rainbow, a collaboration between a group of friends, artists, engineers, and programmers based in Victoria, BC.

Toronto Light Festival is open sundown to 10 p.m. Sunday through Wednesday, and sundown to 11 p.m. Thursday to Saturday. Admission is free!