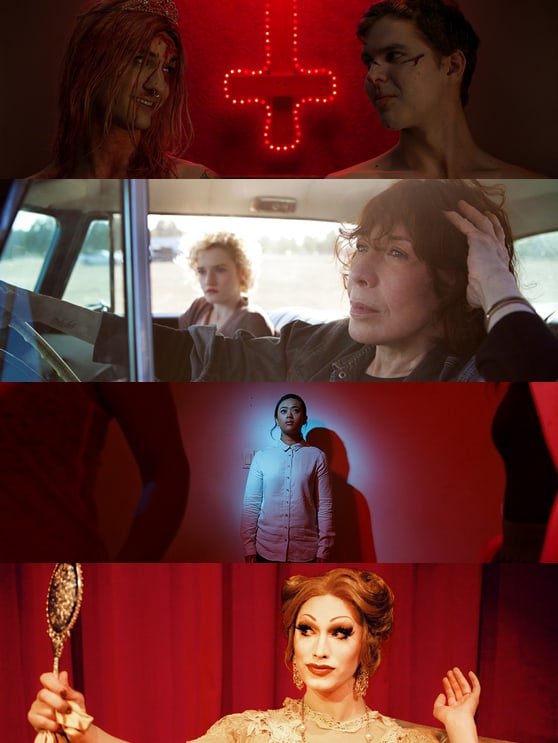 Our Top Picks: Inside Out Film Fest 2015

Toronto is about to get a little gayer! If that’s possible. Today marks the first night of the 25th Annual Inside Out Film Festival, which happens to be the BIGGEST LGBT Film Festival in Canada. Showcasing queer films from around the world as well as promoting local talent, Inside Out is a great place to catch some seriously great queer films, and glam parties.

Here are some top picks on what’s what.

The opening night Gala film features Lily Tomlin in this incredibly strong character piece, playing a hard-nosed, crass, aging author. This humorous and heartfelt film explores three generations of womanhood in America with a rich supporting cast which includes Julia Garner, Marcia Gay Harden, Judy Greer and Laverne Cox. Directed by Paul Weitz (About a Boy), it’s refreshing to see Tomlin back on the big screen and even more so to see a celebration of lesbians of all ages! Go Grandma!

DRAGGG RACCEE! Sorry I definitely had to internet yell that because Drag Race just makes my body convulse in excitement. If you experience similar reactions, you MUST catch this film featuring Jinx Monsoon, season five winner of RuPaul’s Drag Race. It’s a documentary following the man behind the wig for a year after he wins. Filled with often outrageous performances, touching interviews and lots of sass, you definitely don’t want to miss this gem.

This one is all about the sports. Game Face is a powerful film that takes us into the world of Fallon Fox, a transgender MMA Pro fighter and Terrence Clemens, a gay basketball player.

We follow both of their stories – Fox as she struggles with the Olympic Committee and backlash from the media as well as her peers; and Clemens, who worries that his sexuality will jeopardize his career. This film shines light on the gender biases and struggles that come within the sports community and how these two have to fight harder than anyone to remain champions.

Short Film – Part of the Lesbian Shorts: She Loves Me program

This beautiful short, directed by local Toronto talent, Tricia Hagoriles is premiering at this years festival and may make your heart hurt, in a good way. The story follows an introverted hermit-like illustrator as she struggles to avoid a courier (a cute one), who happens to have an igniting effect on her heart. With no dialogue, this film is successfully carried by the strong acting, visual effects and mesmerizing sound design.

The local heroes program is something we look forward to every year! It’s the best of the best of our Toronto filmmakers and this year features director Mark Pariselli’s latest film, Monster Mash. Taking place on Halloween, this film is for the horror buff with a twisted sense of humour. The story follows two misfits dressed as iconic female Horror leads, as they embark on a night of classic horror movie banter and come out with more than just a hook-up.

The Inside Out Festival runs from May 21st – 31st. Make sure to take a look at the full line up here!