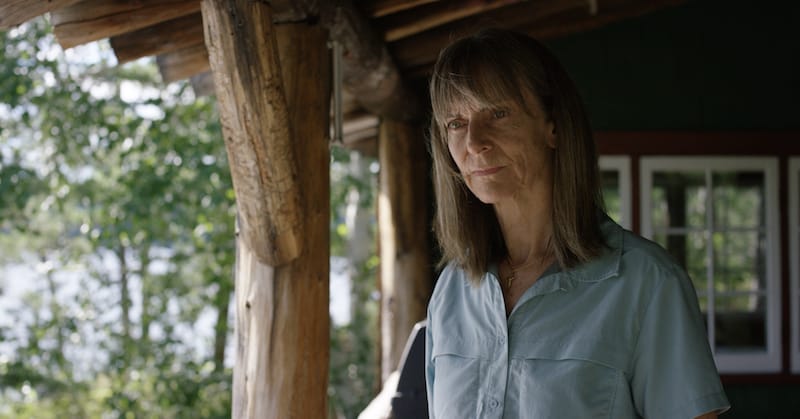 Panelists announced for Catch & Release Fundraiser in Support of Sistering (Reserve your spot before it’s too late!)

Posted on July 10, 2020
The premiere event for Catch and Release, directed by Dominique Cardona & Laurie Colbert, and starring Laurence LeBoeuf and Nancy Palk, is filling up quickly! As part of this evening, we’re delighted to be able to host a virtual panel discussion with a group of individuals who bring a diverse range of expertise and experience regarding reproductive rights, equality for girls and women, and the art of sharing stories that address these issues on stage, and on screen.
Following the discussion—which we encourage audience members to participate in—all attendees will receive a link to preview Catch and Release. Based on the 1993 Pulitzer Prize-nominated play Keely and Du, the chilling and immensely powerful drama is a riveting thriller, and also a tremendous catalyst for timely and urgent conversations. Read more about Catch and Release here, and register to save your spot.
Get to know our Catch & Release Panel…
Zain Abdulla
Zain Abdulla is a proud woman of colour and McGill law student. Prior to law school, she earned a BA in International Relations and Human Rights and a MA in Human Rights Law. Dedicated to intersectional feminism and access to justice, Zain has worked with numerous non-profit organisations committed to social justice in Vancouver, including the Abortion Rights Coalition of Canada and West Coast LEAF. At McGill, Zain dedicates time to supporting the Legal Information Clinic as well as Atira Women’s Resource Society. She’s grateful for the opportunity to learn and grow alongside passionate, like-minded folks.
Amanda Bertucci
Amanda Bertucci is a lawyer and researcher. Amanda holds a Juris Doctor from the University of Toronto Faculty of Law and practiced as a litigation associate at a Bay Street law firm where she built a broad civil litigation practice, with a particular emphasis on employment law. She has appeared before provincial tribunals, the Ontario Superior Court of Justice, and the Supreme Court of Canada. Amanda serves on the Board of Directors at Sistering, and also volunteers her time as a researcher. She currently researches for the Women’s Legal Education and Action Fund (LEAF) in support of LEAF’s cybermisogyny project, and has conducted research for LEAF regarding pay equity and freedom of expression. She has also volunteered her time as a researcher for the Equality Effect, a Toronto-based organization using international human rights law to seek equality for women and girls. She is committed to supporting and empowering women and girls, and advocating for disability justice.
Kavita Dogra
Kavita Dogra is the founder of We Talk Women, a humble organization working to raise awareness about girls’ and women’s rights issues. Through the organization, she hosts film and documentary screenings that work to expose the human rights injustices being experienced by women and girls in Canada and around the world. Kavita co-chaired the committee that organized the Women’s March in Toronto (2017-2019), works full-time for an International Development charity working to advance children’s rights and equality for girls and is an active volunteer. Kavita believes that everyone needs to do their part in making the world a better place and hopes to inspire people to take meaningful action in their communities. In 2019, Kavita won a Women of Inspiration award under the Humanitarian category from The Nest Foundation.
Nancy Palk

Acclaimed Canadian theatre actor and director, Nancy Palk was raised in Winnipeg and London, Ontario. She graduated from Queen’s University in 1977, and from the National Theatre School of Canada (where she was mentored by Douglas Rain) in 1979.

Nancy is an acclaimed Canadian theatre actor and director, who plays the role of Du in Catch and Release. She’s also the founding member and resident artist at Soulpepper Theatre Company, for whom she has acted in a wide range of plays and roles, often playing exceptional and challenging mothers. Her recent theatre credits include: Angels in America Parts I and II (2014); The Crucible (2014); A Tender Thing (2014, with her husband Joseph Ziegler); Rosencrantz and Guildenstern Are Dead (2013); Long Day’s Journey Into Night (2012, with Ziegler) ; You Can’t Take it With You (2012); and The Glass Menagerie (2011).

A sought-after film and television presence, Nancy has worked on series from The Wonderful World of Disney to Queer as Folk and Suits. Fans of the popular crime drama Rogue, starring Tandie Newton, will recognize Nancy as “Betsy”, a role she played from 2015 to 2016.

Winners of multiple awards, directors Dominique Cardona and Laurie Colbert create crowd-pleasing yet complex films about women. Their heartfelt and accessible style can be seen in their feature films MARGARITA (Palm Springs International Film Festival – Gay! La (Hers), Inside/Out Audience Award), the touching story of two women whose passion reaches across a cultural and class divide, and FINN’S GIRL (Outfest – Outstanding Emerging Talent Award). Their short film BELOW THE BELT (Berlin International Film Festival, TIFF, Genie nomination) was heralded by Cinemascope as “The story of first love, captured perfectly in all its naiveté and confusion, runs headlong into the more cynical realities of adult relations as mother and daughter catch each other in equally compromising positions.”

This event will also be raising funds for Sistering, a multi-service agency for at-risk socially isolated women in Toronto, and guests are encouraged to make a PWYC donation. We hope you can join us!