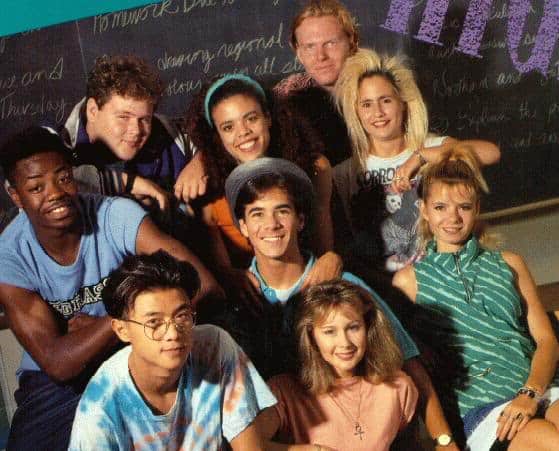 Our Pick of the Week: Degrassi School’s Out Screening + Q&A

“You were fucking Tessa Campanelli?”

It’s hard to believe it’s been 25 years since we said goodbye to Caitlin Ryan, Joey Jeremiah, Derek “Wheels” Wheeler, Archie “Snake” Simpson, and the rest of the Degrassi High kids on School’s Out. The 1992 graduation special was one of the most watched Canadian TV movies ever made, and this Sunday, the Royal Cinema (608 College St.) will be celebrating its 25th anniversary with a screening and Q&A session.

The celebration begins at 7 p.m. with a Degrassi pre-show, followed by School’s Out at 8. The Q&A will take place after the movie and feature original cast members Pat Mastroianni and Stacie Mistysyn. For those who were lucky to score tickets to Friday’s sold-out screening and bus tour, Stefan Brogren and Kirstin Bourne will also be in attendance)

Tickets are $14 in advance and are expected to sell out, so get yours ASAP!