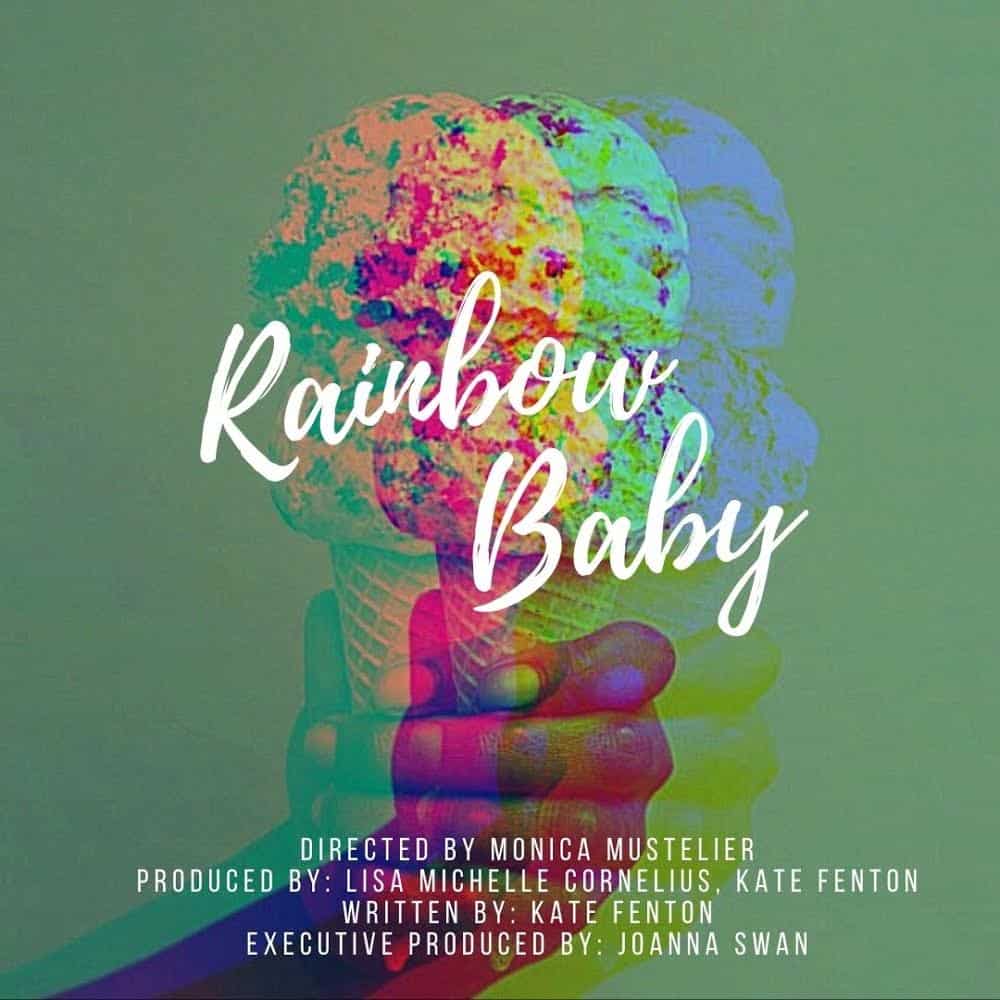 In Canada, approximately 16% (1 in 6) couples experience infertility and 20% of women (1 in 5) experience a pregnancy that ends in miscarriage. These are big numbers, and yet these issues—and the trauma surrounding them—are still not given the attention they deserve.

Having lived through the pains of infertility, that ended with a devastating second-term miscarriage, writer and actor Kate Fenton set out to create a series that would properly address the weight of these challenges—from the strain they add to relationships to the complicated mess of feelings and emotions they bring. Rainbow Baby is the heartbreaking story of a couple trying to heal after a devastating miscarriage while running an ice cream shop, no less. The film is currently seeking funding through an Indiegogo campaign.

“When I first attempted to get pregnant I discovered that I had dysplasia, or abnormal cells that can morph into cervical cancer. I had to have a biopsy and a LEAP. Both pretty traumatic but relatively routine procedures. But it meant we had to wait for an entire year before we could try to get pregnant,” Fenton shares. “It took another 2 years to get pregnant. We did not go deep into fertility support because our OB encouraged us to wait until it had been at least 18 months of trying and not succeeding. And just when we were ready to start the process we got pregnant, and made it to the 12-week mark! But 4 days later, we lost the baby. As we were far enough along into the second trimester, the miscarriage took about 36 hrs from beginning to end. In fact, probably more like 72 hrs cause I had signs that something was wrong before I went into actual labour.” Kate’s story reads like a total nightmare, but what she has endured is not uncommon.

Understanding how common these traumatic events are, it’s shocking that there isn’t more support available. “Nowhere on the internet was there any kind of book or blog or content of any kind that I could find about miscarriages and loss. There were grief circles for women who had lost babies further along in their pregnancies, still births and various birthing complications,” says Kate.

Thankfully, this is changing, and largely in part to Toronto trailblazers who have bravely stepped up to share their stories in various ways. Ariel Ng’s Through, Not Around, published in 2018, is a book of essays written by women who’ve experienced infertility and pregnancy loss, and in 2019, Joanna Griffiths, founder of Knix, launched a #FacesofFertility podcast and social campaign to help fight the stigma surrounding infertility, and provide a forum for others to share their stories. Rainbow Baby will approach the subject differently, through a fictional film inspired by real-life events, that will also bring much-needed levity to the issue through smart and thoughtful humour.

While it’s still being made, the Rainbow Baby team—a cast and crew stacked with amazing local talent—has already received a ton of feedback from couples desperate for these subjects to get more attention. “It is overwhelming how many people have shared stories and joined the conversation and how relevant the topic continues to be. Moms need support and so do partners. Fertility is complicated and painful. Getting pregnant young or old is hard and full of feelings. And losing babies is still tremendously common and not publicly discussed—the support programs are still few and far between. Hopefully our little film will bring some kind of hope and comfort.” We know it will.