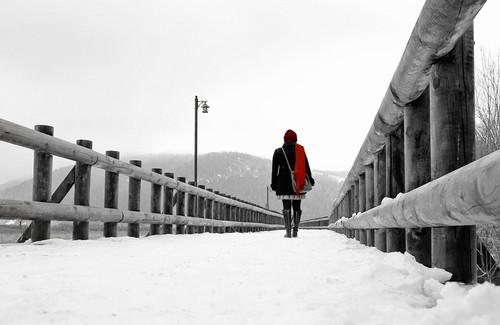 I was raped and never reported

WARNING: This content deals with an account of sexual assault and may be triggering to some people

Exactly one week ago I sat alone in the dark, holding my phone, agonizing over sending out a 140 character message.

The torment was tangible. I am well aware of the ramifications of social media on our careers and public lives. Like most people, I have Twitter interactions that range from friends and family to community groups, journalists and politicians. No matter how hard I tried however, I could not justify not adding my voice to the conversation. The tweet read:

Because being a statistic makes me feel
powerless but there is strength in stories and in numbers. #beenrapedneverreported #canfem

Both the content of my tweet and my qualms over posting it represent a generational reality. Too many young women are sexually assaulted and fear repercussions if they were to go public with the information. I do not have fancy statistics about numbers of young women who have been raped. They would not be accurate anyway. Most rapes are never reported.

What I do have are stories. Stories from my friends, from my co-workers, from women who went to school with me. I do not know a single young woman who does not have a rape story of her own, be it from personal experience or from somebody she knows. We all share stories about young women who got roofied at a bar, raped in their dorm room, assaulted or abused. And one of these stories is my own.

I was born in Russia and immigrated to Canada with my family in my childhood. In my late teens, I came out as a lesbian, which created complications with my rather conservative parents. Otherwise, I led a fairly sheltered life. I was pretty normal. It is that very normalcy that I stress when telling my story.

In my first year as a university student, I was still figuring out my sexuality and seeing both men and women. My school was a tiny liberal arts campus where the social circle was incredibly small. Everyone was in everyone else’s business and the whole campus went to the same events and parties. A group of older students rented a house a few blocks away from campus which hosted all types of social gatherings. Although I was not particularly academically inspired, I thrived in the social scene. By November, I knew most people who were common fixtures around campus, and most people knew me.

So, when I went to the Halloween party hosted at this party house, I was certain that I had nothing to worry about. And I didn’t worry. I laughed, chatted with many people, drank beer and flirted with anyone I found attractive. I did not think twice when a boy I spent an hour talking to asked me to go with him upstairs. He was somebody’s friend, he could hold a conversation and I wanted to see where the night would take us.

Upstairs in somebody’s bedroom we started having sex. It was consensual at the beginning. But within five minutes I felt tired. Maybe I drank too much beer or maybe it was just late. I asked him to stop. He did not. I asked him to stop again. He mumbled something but did not stop. I tried pushing him off. He yelled at me to let him finish. And so I did.

I don’t remember much of that night afterwards. I somehow made it back home and passed out from exhaustion. I did not understand that I had been sexually assaulted. In my head, rape happened on the street with much older men and certainly not after you had already consented. Of course I did not report my rape. To whom and for what purpose? I didn’t even know this guy’s full name, let alone want to explain the situation to anybody.

As a young woman this is what being normal means. My story and the stories that have been shared with me by other young women are just as normal as pondering whether or not to post something on social media. My generation of women is riddled with stories of rape and sexual violence. There are so many of us that this is normal.

Reporting rape is important but what difference does it really make if we cannot create a community that understands how normalized rape has become? There is power in stories. There is power in numbers.  If you have a rape story – tell it. Whether simply acknowledge it with yourself, publish your story online or talk to a friend is up to you.

But we cannot denormalize rape without first realizing it affects all of us.