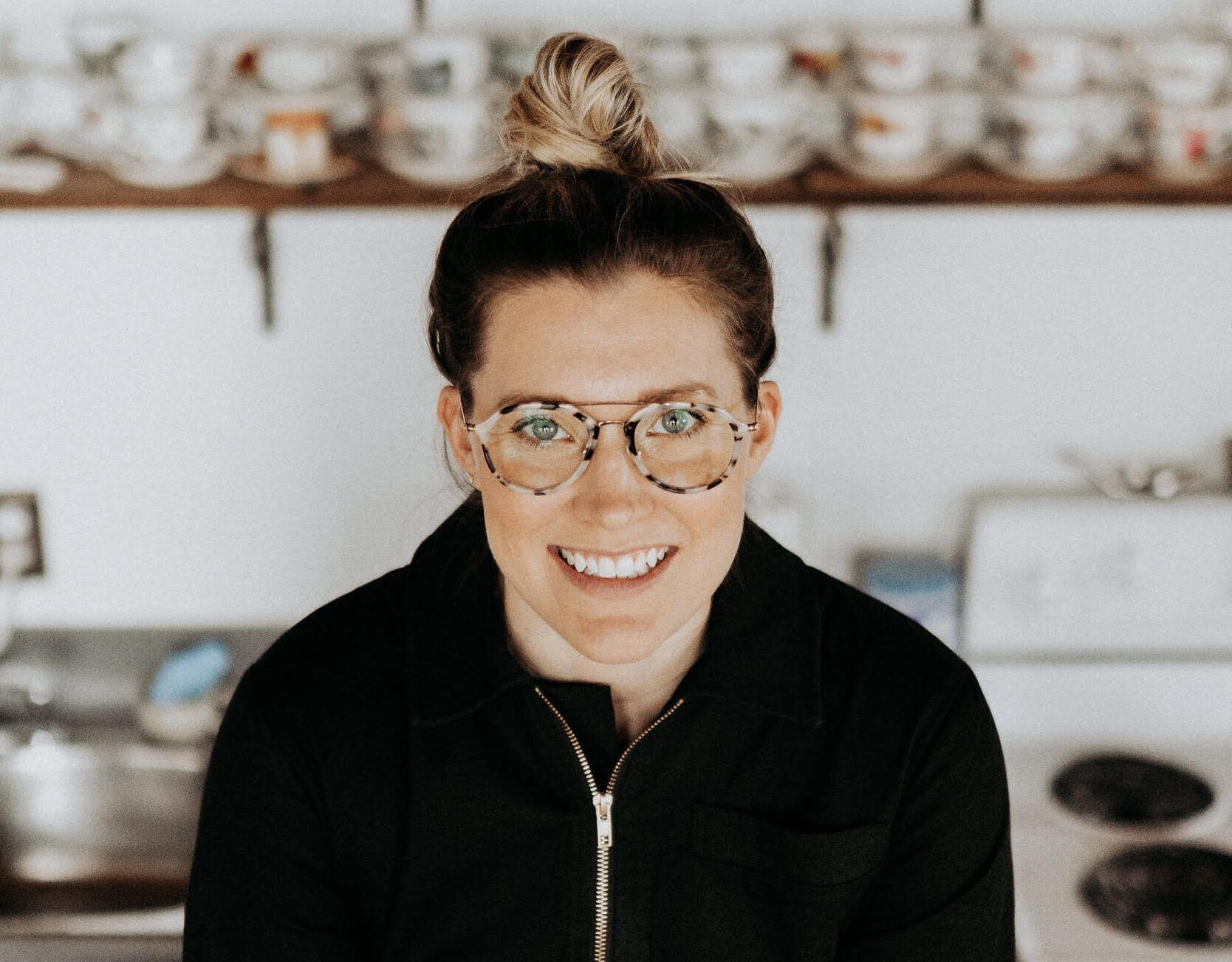 "Marginalized communities have been forced to revolutionize recovery spaces because traditional models and structures of recovery were not built for us or designed to include us."
Life Stories  Recovery

Recovery as Revolutionary: Finding my power in sobriety

It wasn’t until I got sober 6 years ago that I began to truly see and understand the power and influence of normative alcohol culture and all the ways in which we have been conditioned to invite alcohol into our lives. Whether it’s in a celebratory fashion, to unwind after a long day, or to cope with overwhelming emotions, we have been taught that alcohol is the answer to whatever ails us.

When I first got sober, like most people entering recovery, the only option that came to mind was going to AA meetings, which I did. I really struggled to see myself there, I couldn’t wrap my head around the heavily gendered language and religious elements, nor did I feel comfortable repeatedly labeling myself as an alcoholic who was powerless. I also had a strong distaste for regularly being asked to name my “character defects” and felt that was unhelpful and counterproductive to how we, as women, recover.

Like many of the women I spoke to for this piece, I sought out alternative paths, which according to Jen, who’s been in recovery for 2.5 years, is itself a revolutionary act. Kelly, a queer, Black woman who’s been in recovery for the last 3.5 years also shared a similar sentiment: “The most revolutionary thing to me is that I don’t subscribe to only one route to recovery. I tend to pick and choose different parts of different programs to help me stay on track.”

Not only is recovery revolutionary but recovery has been revolutionized by women, queer and BIPOC folks in response to the linear, dogmatic approaches that don’t take intersectional identities into account. Marginalized communities have been forced to revolutionize recovery spaces because traditional models and structures of recovery were not built for us or designed to include us. We have carved our own paths to meet our own needs.

Understanding the context in which we exist is essential to grasp why substance use issues are especially damaging for women and 2SLGBTQ+ folks. Once I opted out of alcohol, I began to notice not only how ubiquitous alcohol and alcohol messaging are, but I began to notice the insidious and predatory nature of alcohol ads, like when alcohol companies create false associations between drinking and sisterhood and female empowerment. They weren’t simply there; they were actively targeting specific populations in an effort to increase sales and consumption. Marketing campaigns often promote binge-drinking, and position alcohol as a healthy and appropriate way to self-medicate and relieve stress without ever addressing the very real harms that come with consuming it.

Historically, women have been excluded from alcohol and drinking culture (think pre-Prohibition era). Alcohol culture mirrored society at the time and the roots of women’s exclusion from drinking spaces were firmly in the cultural notions of women’s piety, purity, class and what it means to be a “good” woman.

As a result, women’s integration into drinking culture lagged behind men’s. But it wasn’t long until alcohol companies identified women as an “emerging market” and began to develop targeted marketing messages using feminized language, concepts and strategies in an effort to bolster sales. Examples of this include pinkwashing alcohol products, capitalizing on self-care/“me time” messaging and perhaps the most prolific and damaging, the rise of “Mommy Wine Culture”, which dangerously sells the idea that drinking is a normal, and indeed necessary, part of motherhood.

“It always seems to me that women have a harder time with getting and staying in recovery, and I think that mostly societal pressures are to blame. Things like ‘mommy wine culture’ aren’t really helping,” writes Kelly. “The pressure put on women in society to be everything to everyone all of the time (perfect mom/ wife/ partner/ sister/ daughter/ overall “good girl”) makes it hard for women to publicly seek help of any kind, let alone for an addiction.”

Like me, Kay, a woman who’s been in recovery for 23 years, also feels that the AA model isn’t designed for women, especially not women living in the year 2022. “Most women in recovery believe that we are inadequate – not thin enough, pretty enough, rich enough, stylish enough, successful enough, enough enough. Continuing to find fault with ourselves is decidedly unhelpful.” We aren’t just recovering from alcohol use disorder, but a range of often intersecting and overlapping issues.

While the sober curious movement has gained momentum, we’re still seeing an alarming rise in women’s drinking. When it comes to women’s use of alcohol, we are seeing the damaging effects. In Ontario, between 2003 and 2016, we saw women’s alcohol-related ER visits rise by 86.5% while women aged 25-29 saw a 240% increase in alcohol-related ER visits. What’s more, across Canada, women’s alcohol-related deaths between 2001 and 2016/17 increased by 26% (versus a 5% increase for men). “Women are a pawn in Big Alcohol. The rise of feminism matched the rise of booze marketing and it seems like that was intentional, to bring women down and make us small,” said Mary, a woman in recovery who has witnessed how alcohol companies have pivoted their focus, creating messaging for women that normalizes harmful heavy drinking.

As a queer woman, I am also attuned to the ways that the 2SLGBTQ+ community is targeted by alcohol companies. It’s no coincidence that alcohol companies intentionally and aggressively interlope into the community; it’s a known fact that alcohol companies make the most money off the backs of heavy drinkers and rates of addiction and substance use within the 2SLGBTQ+ community are notably higher compared to the general population so of course alcohol companies do what they can to get into the community. A great example is Vizzy, who predominantly uses diverse and queer looking images and language specifically targetted towards the queer community. Not only are queer folks targetted heavily by alcohol companies but recovery programs often aren’t designed to support our unique needs. According to Kelly – and I couldn’t agree more – “When queer folks recover, it’s revolutionary because they also exist in a world that isn’t set up to help or support them.”

Given the booze-soaked environment we find ourselves in as women and queer folks, to choose to opt out, to choose to stand in your truth and power, to choose to say no is not only an act of radical resistance but a revolutionary move. Between being the target of Big Alcohol and being excluded from traditional recovery spaces, finding sobriety and recovery for women and queer folks is nothing short of revolutionary. In saying no to alcohol, we are saying no to checking out mentally and emotionally, we are saying no to numbing ourselves to what’s happening around us and perhaps most importantly, we are saying no to the continuous cycle of abandoning ourselves. By recovering out loud, we not only find ourselves and our power but we reconnect to our intuition, bolster our resilience and boldly build the lives we never thought possible because through our recovery, everything becomes possible.

Amy C. Willis (she/her) is a Sobriety & Mindset Coach and founder of HOL + WELL. She supports women and LGBTQ+ folks in reclaiming their power and freedom through sobriety and designing alcohol-free lives they don’t want to escape from. Amy comes to this work after struggling with alcohol addiction for 15+ years and losing her dad to his alcohol addiction; Amy has been sober for 6 years and identifies as queer. Amy is a dual-certificated coach, a writer, a speaker and is also a certified meditation teacher and a certified EFT (Emotional Freedom Techniques)/tapping Practitioner. When Amy’s not working, she’s hanging out with friends, spending time outdoors, cycling or cross-stitching. Amy works with clients globally both in 1-on-1 and group coaching programs and calls Toronto, Canada home. You can find her on Instagram @msamycwillis.

"Marginalized communities have been forced to revolutionize recovery spaces because traditional models and structures of recovery were not built for us or designed to include us."