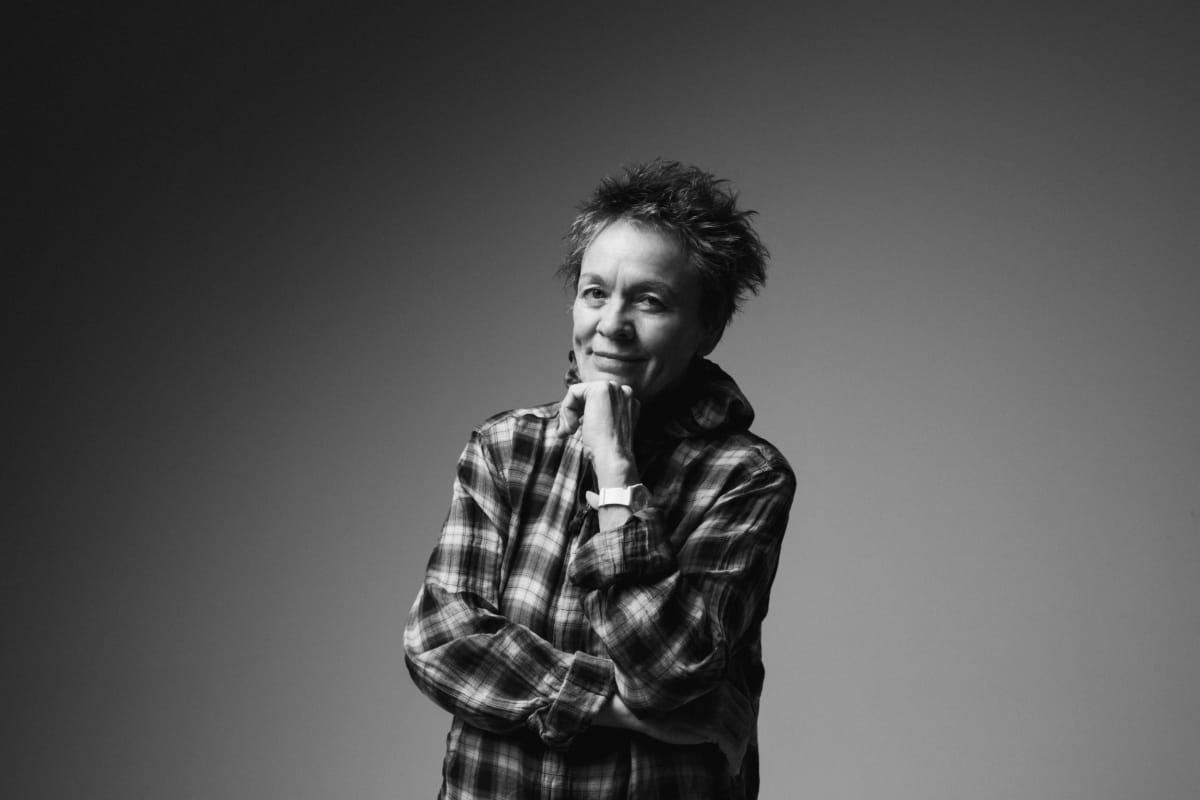 Although Laurie Anderson sees the term multimedia artist as a meaningless one, the gloriously avant-garde creator has artistically adventured into a multitude of media since her early days in the performance art scene of 1970s New York.

A classically-trained violinist, art historian, and sculptor, the Illinois-born Anderson first found recognition with her increasingly sound-focused installation work in the late 70s. This lead to a nascent recording career that really hit the mainstream in 1981 with the release of her decidedly abstract O Superman single. Despite both delighting and bemusing the UK record-buying public, some sustained radio play led to an almost inexplicable Number 2 chart position; the thought of such an out-there record selling this number of units today is almost unimaginable.

To outline Anderson’s rich and varied musical/artistic/academic/filmmaking career from then until now would take up the best part of a small book. A passionate believer in the power of collaboration, over the decades she has worked with luminaries such as David Bowie, Peter Gabriel, Jean Michel Jarre, Philip Glass, Nona Hendryx, Ryuichi Sakamoto, Hector Zazou and the Kronos Quartet, amongst many others, as well as her late husband Lou Reed. Despite the intellectual aspect of her works, she also has a reputation for her warm nature and sense of fun, exemplified in her voice-acting for the Rugrats Movie.

Over the years Anderson has also invented a number of fascinating experimental instruments such as her challenging 1977 tape-bow violin (utilizing a magnetic tape bow combined with a tape head reader located in the bridge) and her 1999 “Talking Stick”, a wireless baton-like granular synthesis MIDI controller that was undeniably way ahead of its time.
In 2018 she played a major role alongside prominent feminist heavyweights Phyllis Chesler and Judy Chicago in director Johanna Demetrakas’ acclaimed Netflix Original documentary feature Feminists : What Were They Thinking?
With a gentle yet erudite storytelling voice,  Anderson’s talk for the 14th Annual Eva Holtby Lecture on Contemporary Culture at Toronto’s ROM this coming Thursday the 16th of January is sure to be an enlightening one for both fans of this trailblazing artist and those completely new to her ever-pioneering work and insightful philosophies. Get your tickets now!