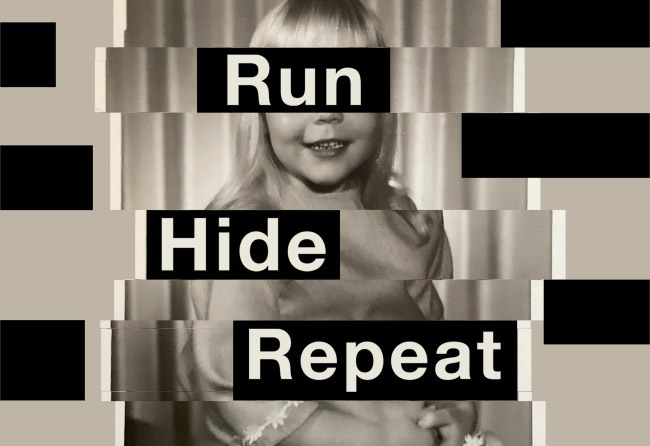 "Delusional disorder is underrecognized. It’s understudied and undertreated. Psychiatrists may never see this in an entire practice, because these people don’t come looking for help."
Life Stories

Pauline Dakin’s bestselling memoir Run, Hide, Repeat is now a chilling podcast. In five parts, the long-time journalist reveals a chaotic and bizarre childhood spent on the run from organized crime. This true Canadian story, which spans decades and provinces, will blow your mind.

Episode one begins in 1988, on the outskirts of Saint John, in mid-February. Pauline is 23 and her mother Ruth has asked to meet her in a parking lot, where she promises to finally explain why their life has always been full of secrets and unexplained events. “Every family has its secrets, my family’s secrets kept us on the run for almost two decades, looking over our shoulders, fearing for our lives,” says Pauline, as she walks listeners through the steps of that cold and dark evening that would forever change her life.

Pauline spent her early childhood in Vancouver. Her father worked in finance and her family lived in an affluent neighbourhood. They vacationed in Hawaii and spent summers at a cottage they owned in Washington State. On the outside, the Dakins appeared to have it all. But her father’s drinking led to violent outbursts, and soon the marriage was in crisis. This part of the story, while heartbreaking, is not unusual.

After the separation, Ruth looked outside the home for help. She attended Al-Anon meetings, but found more comfort at a local parish, listening to sermons led by Minister Stan Sears. She began taking on more of a role at the church, and soon Ruth and the kids became enmeshed with Stan and his wife Sybil—Stan quickly becoming a father-like figure for Pauline and Ted. And this is when things really went off the deep end. 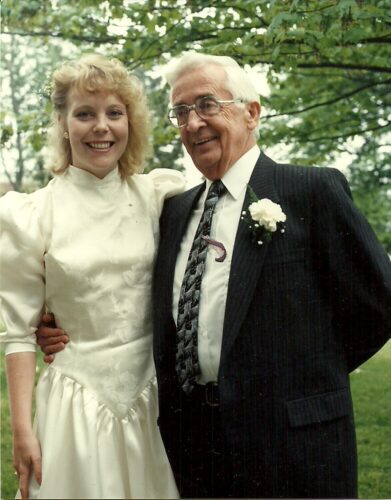 “Mystified, frustrated, anxious, sad…My childhood did have happy times and happy moments, it’s just that that was always the background that we kept returning to,” says Pauline, describing a childhood constantly on the move, with frantic exits in the middle of the night, and unusual days when her mother would suddenly inform the kids that they’d be going bowling or hiking instead of going to school. Pauline and Ted were asked to keep a lot of secrets, mostly to do with their whereabouts. It was a confusing existence.

“For the rest of my life the word secret will have a certain connotation that makes me a bit uneasy,” Pauline tells me. “There were times that I certainly wasn’t coping. I had depression as a kid. As a teenager, I developed anxiety.” 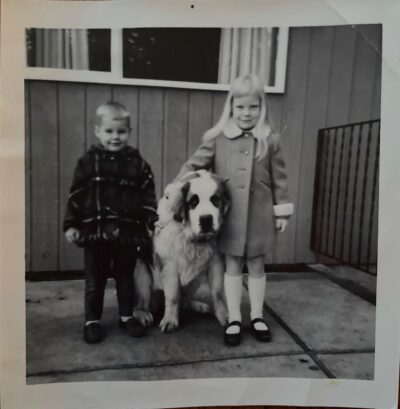 The questions that swirled around Pauline’s head for years were always left unanswered, until that night in 1988, when she was informed that her father was mixed up with the mafia, and that organized crime groups, “The O”, had been hunting them down for years. It was a reveal that flattened Pauline, who was suddenly forced to question everything and everyone. But as listeners will learn, nothing is as it seems.

What Ruth and Stan believed to be true, that their lives were in danger, was actually a convoluted delusion invented in Stan’s mind. Run, Hide, Repeat is an eerie mystery, and also a podcast that explores an extreme case of Delusional Disorder, a mental illness that is largely misunderstood. “Delusional disorder is underrecognized. It’s understudied and undertreated. Psychiatrists may never see this in an entire practice, because these people don’t come looking for help!” Pauline explains, with a sense of frustration in her voice. “I want people to be more generally aware that yes there’s schizophrenia and yes there’s depression and psychosis, and there’s also this thing that may be rare, but I don’t think it’s anywhere near as rare as the literature suggests.”

While Stan was the one with the mental illness, Pauline’s mother attached herself to his delusions, which is a common phenomenon, or as Pauline says, “Delusions are contagious.”

Run, Hide, Repeat is about Pauline’s experience, but listeners will inevitably draw comparisons to delusional thinking witnessed, or perhaps experienced, in their own lives. Listening to Stan’s story unfold, I couldn’t help but think of Donald Trump, and the grandiosity of his lies. Forensic Psychiatrist Bandy X. Lee, who is also President of the World Mental Health Coalition has been very outspoken about Trump’s delusions, warning the public that “delusions are more infectious than strategic lies”.

With social media enabling people to grow enormous followings and spew whatever they want on various platforms, we are living in an era where delusional thinking can easily spread to the masses like wildfire.

Having lived a chunk of her life under the influence of a sick man, with delusions guiding the path of her childhood and youth, it’s no wonder that Pauline gravitates towards science. “When I became a science and health reporter, it was very attractive to me, the idea of evidence-based reporting, and the idea of evaluating evidence. I really loved that part of it.” 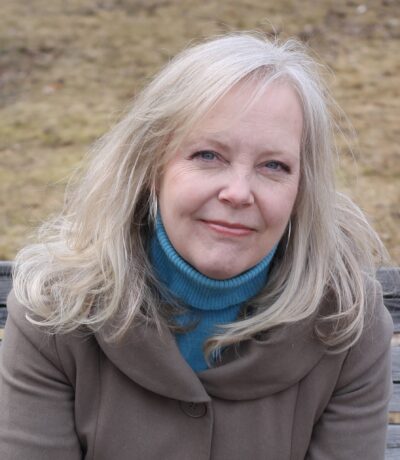 In her adult life, she’s spent a lot of time learning to forgive her mother and Stan for the turbulence they caused. But she also understands that it wasn’t malicious. “At the same time that my mother was part of creating such a chaotic life for us, she was also the person who always made us feel seen and loved and heard.” But still, there was much that was lost. And for Pauline, it is the lost time and connections that haunts her the most.

“By the time it became clear that none of this was real, my dad was quite sick. That feeling of losing people and relationships is the hardest thing for me.” She hopes that sharing her story will inspire mental health researchers and practitioners to dig deeper. Delusional Disorder is very complex and real, and it’s a disease that impacts many.

All episodes of Run Hide Repeat are available on CBC Listen and new episodes will be available weekly on all other podcast platforms.

"Delusional disorder is underrecognized. It’s understudied and undertreated. Psychiatrists may never see this in an entire practice, because these people don’t come looking for help."

More Than a Rebellion: Rendezvous with Madness Celebrates 30th Anniversary