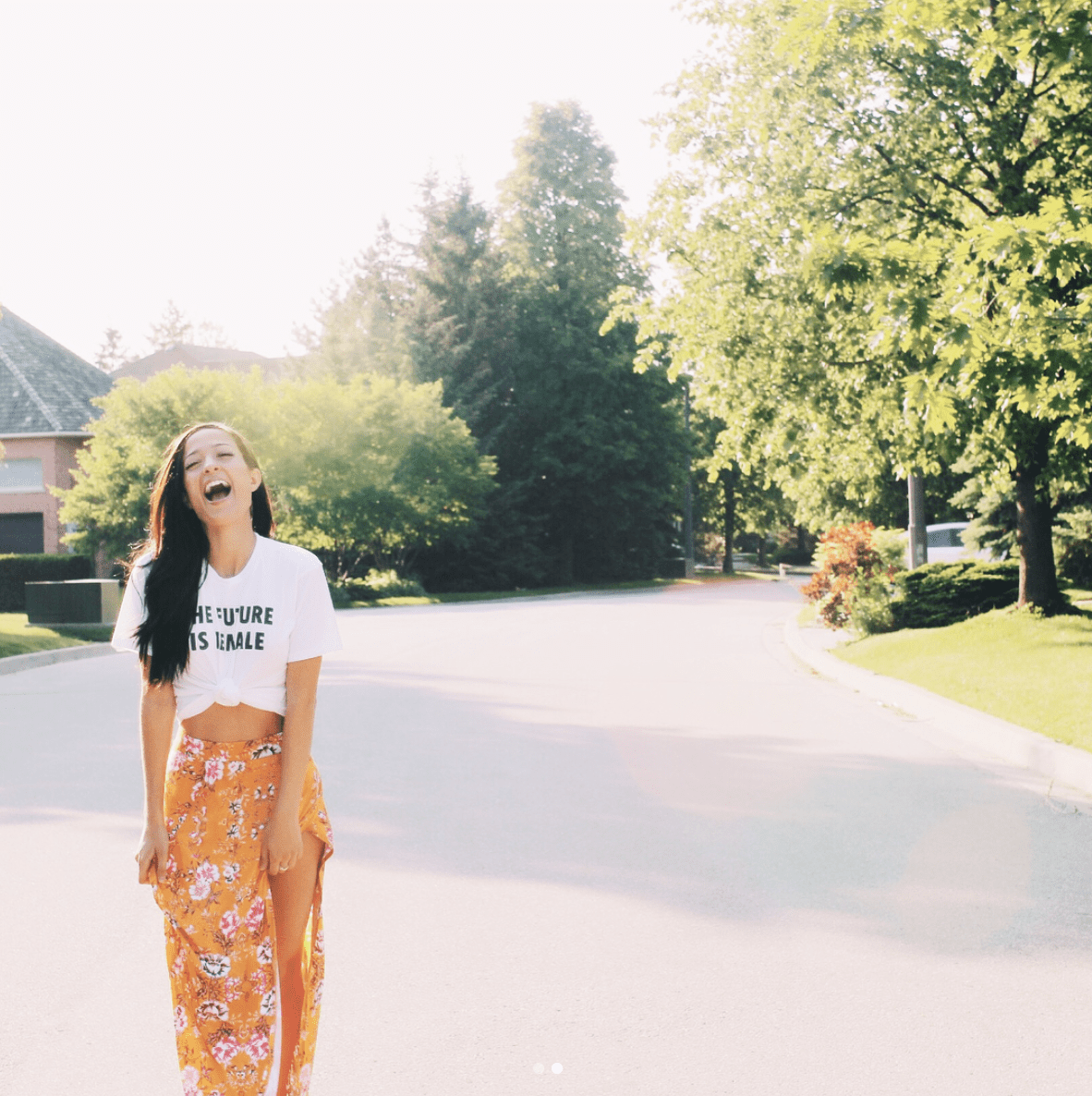 Five months ago, twenty-four-year-old Nadia Addesi created the project You Run Like A Girl, which features a series of portraits and interviews that showcase women’s stories – all in the hopes of empowering, influencing and connecting women around the world.

Since its inception, You Run Like A Girl has generated over 20,000 Instagram followers. You could say she’s onto something big.

We caught up with her this week and asked her about You Run Like A Girl, making change and what we should be paying attention to.

SDTC: How did You Run Like A Girl come about?

NA: I just graduated from Social Work at Ryerson University, and in my fourth year I was given the opportunity to complete my placement at 360 Kids. This is an organization that helps at risk and homeless youth overcome crisis and transition to a state of safety and stability.

While much of our role as social workers is seen as negative and draining, my very first opportunity to work as one was surprisingly inspiring and uplifting. These youth have gone through things that are unimaginable, and at the end of the day, every single youth within that agency has strived to better their lives and leave the past behind them. I found myself complaining less and being grateful for some of the opportunities I have had in my life. I wanted others to feel what I was feeling, so I would share some stories about my family and friends. The response was incredible, and the more stories I told, the more inspiration and confidence people around me would gain.

After graduation, I went on a hunt for a job. This process was a lot more difficult than I imagined it would be. After months of being unsuccessful in the search, I felt defeated and unproductive. I needed a purpose. I had so much knowledge from my amazing program as well as so much experience within the field. I wanted to put the two things together and create something that has never been done before. One day, while thinking back on some of the amazing stories I heard, the idea just hit me. Sharing stories to inspire others. Rather than sharing everyone’s stories, I narrowed the idea down to just women. I wanted to use my role as a woman to show other women how amazing we are, despite any obstacle in our way.

Why is this project important to you?

This project is important to me because of the impact it has had on so many women, including myself. With everything negative that has been going on in the world, I thought that we needed something to look at, read, and talk about that would send a positive message and show women on social media that we are the future. I can sit here and talk about all the inequalities between men and women, but I wanted to take a different approach to this issue. Rather than bash on the ways in which we are mistreated, I wanted to explore the ways we as women have overcome and succeeded in our lives, despite the inequality.

Have you been surprised at how quickly the following has grown?

I have been very grateful for the response You Run Like A Girl has received. This project has now generated its own community of supportive and strong women. I think people are most excited about the stories they can personally relate to and find inspiration in.

When we browse through social media, we always see what people want us to see about their lives, and I personally do not think anything is wrong with that, but I think You Run Like A Girl has been gaining popularity because it is raw and real. People are being truthful, telling their stories and telling the hardships they have encountered and overcome.

I think it is a nice break for people to see these posts and realize that we all human and no one lives a perfect life. It is also nice for young girls who are now growing up with social media to see a different side of it. It is important for them to see the impact bullying may have on one’s life. It is important for them to see how living with a mental illness is not something to be ashamed of. They now have a reason to be proud of who they are.

Who has been your favourite interview subject?

It is so hard for me to just pick one person who has been my favourite so far. You Run Like A Girl has shared the stories of burn survivors, individuals with various mental health diagnoses, individuals with physical disabilities, sexual assault survivors, rape survivors, advocates for Black Lives Matter, transgendered women, moms, successful CEOs and famous influencers from social media and television.

I think one story that stuck out to me was Chelsea Werner, a Special Olympics gymnastics champion – and a model. Chelsea has Down Syndrome and has defeat all the odds against her. When I asked her what struggles she feels she has in her life, she responded by saying that she has never seen anything in her life as an obstacle, and to be good at something everyone has to work hard at it.

How do you choose people to feature?

When I first started You Run Like A Girl it was a little more difficult to find people to feature. I was messaging them through Instagram, but because the project did not start yet, it was hard for them to understand what it was going to look like and how their story was going to be heard.

Once I had generated some stories from some amazing women and posted them to my Instagram account and my blog, it was a lot easier. Typically I just search online and on Instagram for these women. It is amazing how everyone has a story to tell. Because of how much attention this project has generated, I now have people reaching out to me asking to share their stories, which ultimately was a goal of mine. I wanted women to have a safe space to share what they want and receive the support they deserve, which is exactly what happened. 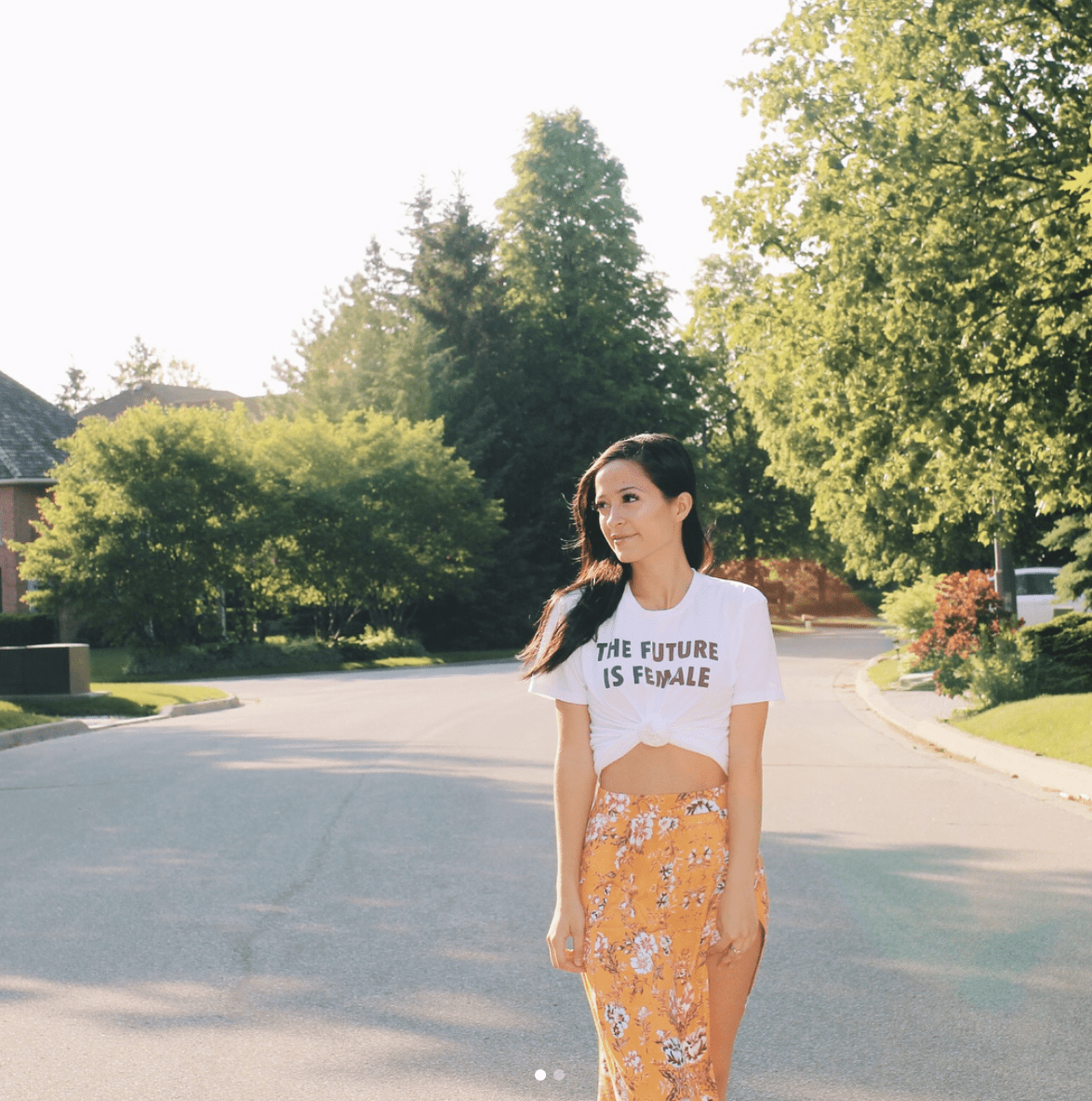 I have graduated with a bachelor’s in Social Work from Ryerson University. Starting September I will be completing my Master’s of Counselling Psychology at Yorkville University. In the future I hope to work as a counsellor for women and young girls. I also hope to keep growing You Run Like A Girl and be seen by more people who might be having a bad day and need some inspiration to help them through it.

We should be paying more attention to all the pressures of perfection we experience as women. We are definitely the generation of social media, which often paints a false picture of who we’re supposed to be and how we’re supposed to act. If we start to show women that different is good, and it is okay not to be okay, then we will be able to live our lives being proud of who we are.

I also think we need to be grateful and proud of ourselves for how far we have come as women, although we cannot forget how far we still need to go. If we want to make a change, we must continue to use our voices and resist the oppression. Behind every successful women is a tribe of women who have her back.