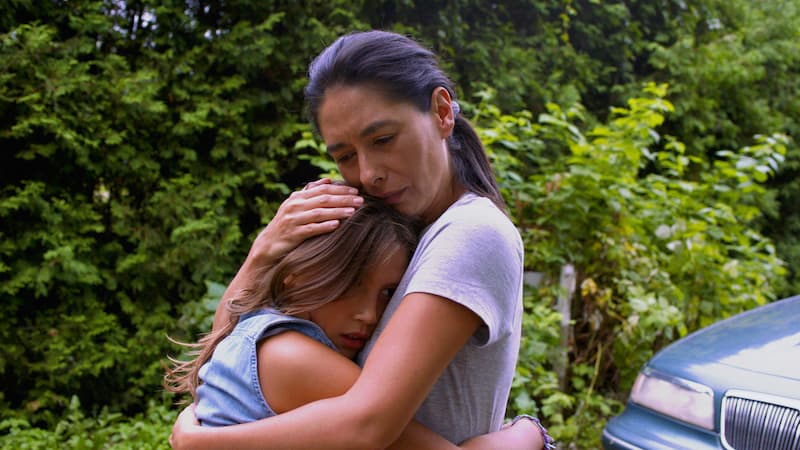 When a white girl is reported missing—a common storyline in crime dramas—we’re used to watching a police force spring into action, work around the clock, and stop at nothing until they find her. But Rustic Oracle is a film about a missing Indigenous girl, in Canada—things look very different.

When 17-year-old Heather doesn’t come home from school, and is still missing for days after, her mother begs Quebec authorities to help find her. But their movement is sluggish, and her desperate concerns are quickly dismissed. “Calm down,” they tell her, over and over again. It’s a response that Wet’suwet’en actress Carmen Moore—who is riveting in the role of Susan (Heather’s mother) in Rustic Oracle, is used to. ‘We’ve heard that for many years with this thing that’s going on with murdered women, but it’s something we’re also told daily,” she says. “With the BLM movement and the MMIW, and all these collective movements that are happening, everyone is being told to calm down and that we are overreacting. It’s infuriating that the people on the outside looking in are telling us that it’s not a big deal. It’s dismissive, it’s insulting, it’s disrespectful.”

While the subject material of Rustic Oracle is as heavy as it gets, saying yes to the project was an easy decision for Moore. “The minute I read the script, I knew that I had to do it. I’ve been following the Missing and Murdered Indigenous Women and Girls epidemic for some time now and still it shocks me how many people that I talk to haven’t heard about it. I was very honoured to represent the mothers out there that have experienced what this mother, in this movie, is experiencing. We so often get caught up in the murdered women and we forget about the families and what they are going through.”

You don’t need to be a mother to feel the pain, frustration, and state of despair that Susan endures as she desperately drives from one town to the next, trying to trace her daughter’s steps, through downtrodden districts and roadside biker bars. There is no violence shown on screen in this film, and yet Rustic Oracle is incredibly difficult to watch. Knowing that the homicide rate for Indigenous women in Canada is almost six times as high as the homicide rate for non-Indigenous women, seeing the inaction of the Montreal police department is what is most upsetting, utterly infuriating and entirely believable.

What also makes Rustic Oracle different from most stories we’ve read about MMIWG, is that it’s being shown through the eyes of Heather’s 8-year-old sister, Ivy, who is brilliantly played by Lake Delisle. How does a young child process the sudden disappearance of her big sister, her best friend? Despite the adults around Ivy doing their best to shield her from the tragic possibilities, she understands the severity of the issue, even if she can’t quite process it. 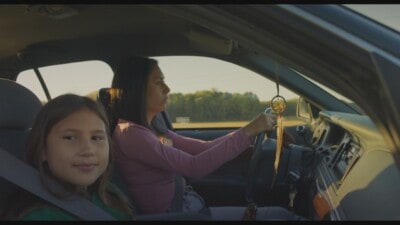 Magical scenes that capture childhood wonder, and moments when joy prevails over sadness, are interwoven into the frantic hunt to find Heather, but even in these softer and quieter scenes, Rustic Oracle is emotionally draining—because it’s done so well. “I’ve been doing these really intense roles for most of my career. When you’re in it, you’re just doing it – you’re telling the story. It’s not until after, it’s not until you wrap that you look back on it and think ‘OMG, what just happened and how did I make it?’. It’s exhausting. You sleep for a really long time after doing a show like this,” says Moore.