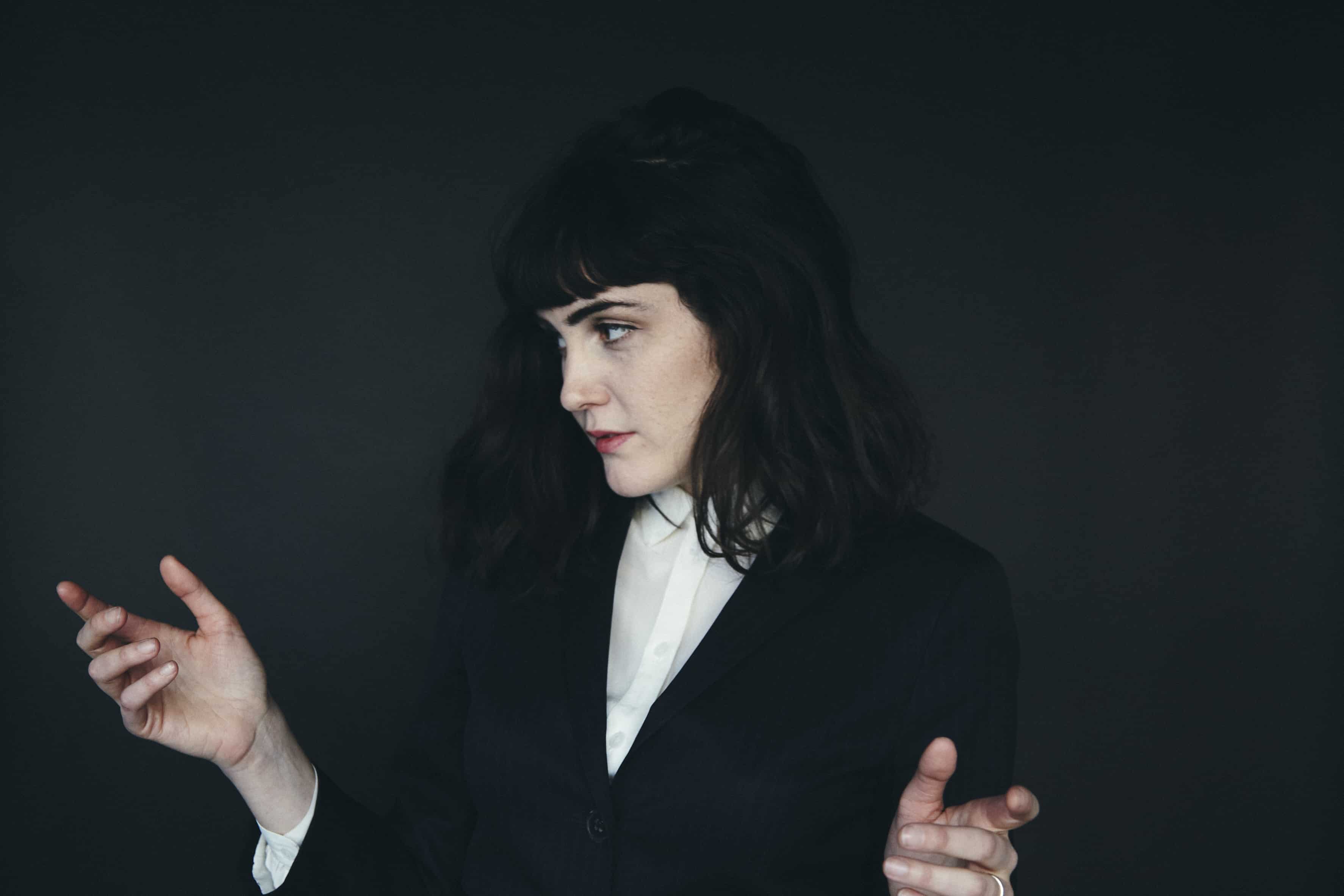 Sarah Jane Scouten is a three-time Canadian Folk Music Award nominee, whose music delivers a signature mix of vintage folk and country. Her latest album, Confessions, was recorded in Toronto with veteran producer Andre Wahl, and  is a collection of revelatory songs–a series of confessions which valorize, condemn and eulogize the most important relationships of her life to new, harrowing heights.

We chatted her up this week.

SDTC: What was happening in your personal life when you were writing Confessions?

SJS: Well, that was direct! Like on most of my albums, these songs can take a long time to write and some happen in a day, so what happened for me spans several years or even decades. In 2017, I ended a two year relationship and began a new one which would quickly end up becoming a marriage. Within 10 months I was heart-broken, briefly single, engaged and then married.

During that time, I pretty much lived by a book called Women Who Run With the Wolves. A little dated, but it’s what I needed. I built boundaries, became clear about how I wanted to love and be loved, and learned to not fear honesty and vulnerability. It seemed like an emotional do-or-die moment as I knew the old way I’d been operating just didn’t apply anymore. Breaking and Entering is about the heartbreak of being misunderstood and shut out, You Are the Medicine is about the courage to love someone the way you’ve always hoped you could, despite the pain you feel. Similarly, Show Pony isn’t really about a pony dying but about having to kill love, as brisk and brutally as you would a beloved animal.

Confessions is also about personal events that began before I can remember. The object of writing Pneumonia was to dispel mystery surrounding my biological mother who died giving birth to my brother in 1988. That has been the backdrop of every event I’ve had in my life. It naturally comes up at times of loss like break ups which I’ve always taken hard as they remind me of feeling abandoned. It also comes up during joyful times like getting married. I wonder what she would think of him. I like to imagine what she would have worn to my wedding or how she would have done her hair.

What’s your earliest memory of songwriting?

In our house, my quiet, bashful dad had another side to his personality as he is also an entertainer. He knows a million songs and would sing Hank Williams, Stan Rogers, Willie P. Bennett and John Prine in the kitchen on weekends. I remember thinking he wrote “Please Don’t Bury Me” by John Prine. My brother and sister and I all started playing guitar by ear and singing. We were the first generation to be taught music by searching guitar tabs online and listening off of limewire or in my sister’s case, becoming a YouTube sensation at the age of 16. Jacob was writing songs for his punk band “The Associates” in 2000 and Anna started writing dark folk songs and posting them online. I remember her writing a song on piano for me after I had broken up with a boyfriend and moved back in with my parents.

I am the oldest but the last one to start writing songs. I loved traditional American music and learning and arranging eerie old time songs with obscure lyrics. Like a lot of new songwriters, I would set flowery words I didn’t understand to music and call it a song. Songwriting didn’t make sense to me until I began writing lyrics to a Roma melody I heard in the Tony Gatlif film “Gadjo Dilo”. I don’t know what made the connection but it seemed to unlock songwriting for me.

What is your favorite song from your new album?

It’s a tie between Pneumonia and You Are the Medicine. They lyrically represent opposite sides of the spectrum of this record. I also had to push myself to write in those styles.

What do you hope listeners take away from your album?

I don’t think albums should pass on the merits of their concept or clever lyrics. The reason why I bring in musicians and producers who are brilliant is that they elevate my creations and make them relatable, relevant and push my own ideas about my music. I want this music to resonate with people without them having to think about it. I want it to make them feel something. That’s what I think is good music. It’s good without you having to ask yourself “Is this good?”

The past year has seen a lot of change. I moved from Toronto, to Luxembourg City and most recently to a tiny village in Scotland. Honestly, I didn’t like what I saw in myself most of this year. I was depressed, moody, unmotivated, closed off and judgmental. I learned I couldn’t just pick myself up and make a life for myself anywhere; that I need music, culture, creative minds and people who inspire me. I also learned I’m a fighter and constantly seek solutions to problems. The trouble there is I also find problems where there aren’t any, or maybe could just be solved with time.

What are the qualities you like least and most about yourself?

Like: I get pretty lost in my imagination and have several ideas throughout the day of creations I’d like to make (of a musical and non-musical nature), business ideas I’d like to implement, people I want to work with, etc.

Dislike: I am not very disciplined so a small fraction of this comes to fruition.

How do you recharge after being on the road?

What have you connected with recently, and what about it appeals to you?

I am obsessed with RuPaul’s Drag Race. I have seen all 11 seasons, all 4 All-Stars seasons and am watching Drag Race UK on BBC 3 with my husband every Thursday night. Fortunately he loves it too. I also love Queer Eye. What I love about it is it uses the banal medium of reality TV as an agent for social change. Plus it’s funny, clever and irreverent. As a woman and a performer it encourages me to be more free, to experiment and not to worry about being “too much”. I have always been worried about being “too much” but I’m really a shrinking violet next to the girls I see on TV.

I also saw Call Me By Your Name the other day which blew my mind. I loved the fluidity of it. I was totally turned on but it also reminded that I could fall in love with anyone. It’s silly to tie our identities to the gender or orientation of the people we tend to find attractive. Their love and passion was palpable and relatable.

What are you currently listening to in heavy rotation?

BBC Radio World Service and the heron that is trying to eat the fish in the pond outside.

I’m not a huge music listener as it takes over my brain. I can’t do anything while I listen to music. It paralyzes me, in a good way. My husband is a booking agent so he puts on music a lot, which I either love or hate and tell him immediately.

I used to compete in horse shows until the age of 15. I was obsessed with horses. My aunt was on the Canadian Olympic Equestrian team and taught me how to ride. All I wanted to be was her, but I think I was too sensitive. We also didn’t have the money. Songwriting was my back up.

Don’t be afraid to befriend people you admire.

The time my sister tied a rope between my parents’ bedroom door and her underwear with little animals on them and ran as fast as she could down the hall, thinking it would bungee her back. Instead the underwear came right off. So she cut out the little animals and glued them in a collage.

My husband started using this program called Streak for following up on performance requests and I’ve started using it. It schedules follow ups and reminds you. We know when you’ve opened our emails…

I don’t think this bears too much repeating: climate change.

A vintage sweater with a Norwegian pattern, wide-leg, kind of Wrangler looking, blue jeans, old lace-up riding boots and my puffy vest with the sheepskin collar.

On stage: anything that’s black and sparkles.

We just moved to a tiny village in Dumfries and Galloway in Scotland. I don’t know how long we can stay but we’re making the most of it. The village surprises me, especially how people live with their differences. One of our regular drinking friends at the pub is a Brexit supporter, one of the only ones in the village. We adore him and he takes a bit of teasing well. That’s it, everyone gets lovingly, if not at times brutally, teased and it’s all about how you take it and dish it back. Everyone is like a caricature of themselves as they have the room to let the angular sides of their personality stick out. It’s kind of like a family. If you belong to the village, you belong, and it didn’t take us long to feel that way.

What are your plans for the holiday season this year?

This year I’m looking forward to doing the same thing in our village, where Hogmanay (New Year) is the big celebration. A piper plays all day, drinking whisky at different houses. There’s also a ceilidh on January 1. There wasn’t a public holiday on Christmas in Scotland until 1959 and it was actually banned until 1712, which is why this is a much bigger deal. On December 21 I am planning to bring some tea and candles to the Twelve Apostles standing stones in Dumfries (in a sheep field on the side of the road) to watch the midwinter sunset, which it marks.

What holiday memory stands out to you the most?

I remember going to the little red church on Bowen Island BC with my family on Christmas eve and being moved to tears during the choir singing. It wasn’t just the music, but the community coming together to greet one another and give each other love. I loved being a part of a community and a part of history it felt. My ancestors have been celebrating the shortest day of the year for tens of thousands of years. I like feeling like a small piece of something very big.