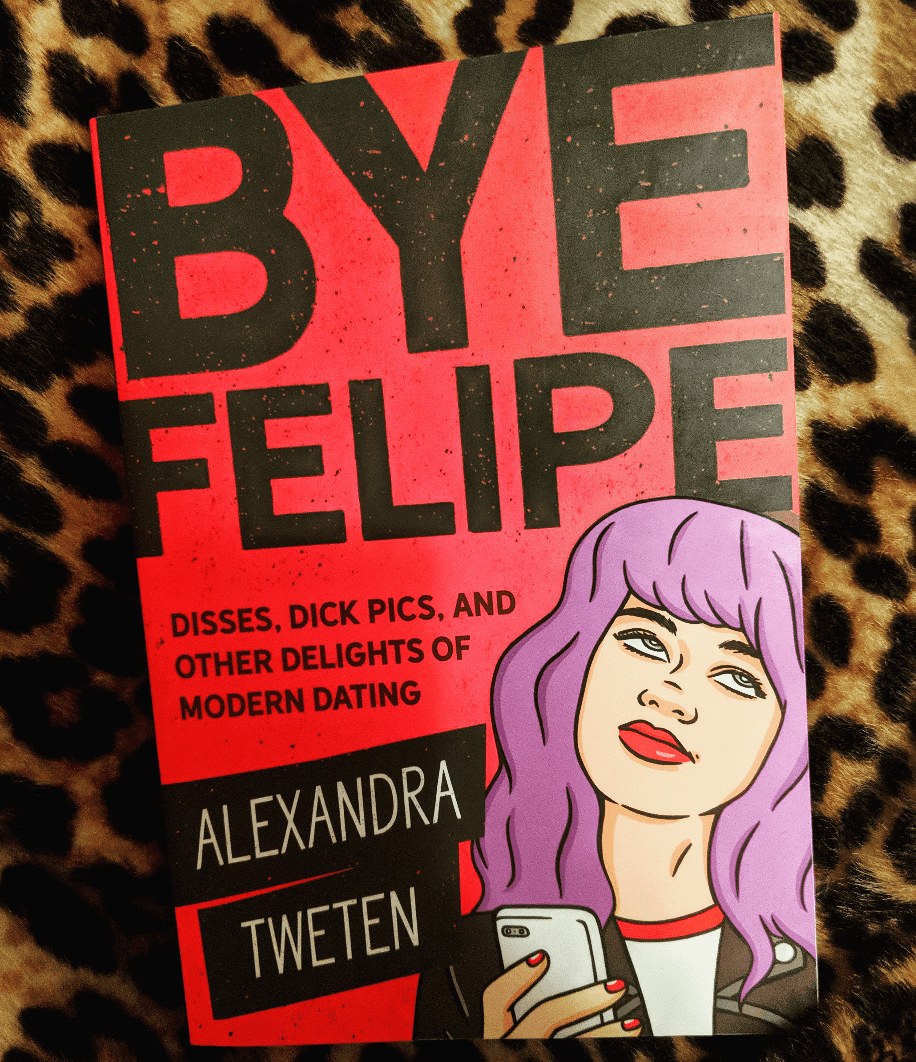 Send Her All Your Dick Pics: An Interview With Alexandra Tweten of Famed Feminist Account Bye Felipe

In September, I received a pitch about Alexandra Tweten‘s book, Bye Felipe: Disses, Dick Pick, and other Delights of Modern Dating. In her email, the publicist referred to Tweten’s famed Instagram account, @ByeFelipe. I did a quick check and added my name to her 443,000 followers. With wit, sarcasm and bite, Tweten has flipped today’s perils of online dating into a hilarious feed that is all at once clever, poignant and distressing in that it shines a light on how rampant online harassment is in today’s society.

In 2014, when Tweten was new to LA, she joined a Facebook group of local women, many of whom shared disastrous experiences with dating in Tinseltown. “Someone had posted a screenshot of some crazy message she got on OKCupid, and there was a thread of all these screenshots,” says Tweten, who met me poolside at The Beverley Hilton Hotel for a chat. “We were talking about how messed up it is that that happens so often. We had this funny joke, a running joke, at the time of saying ‘Bye Felipe!’ just because it’s the man version of ‘Bye Felicia.’”

Inspired, Tweten decided to start up the @ByeFelipe Instagram account to begin sharing ridiculous/disturbing/fucked-up messages from online conversations. Women from the LA Facebook page were quick to follow, but it was when a journalist from The Atlantic connected, to interview Tweten about online harassment, that the feed began to go viral.

With followers mounting by the tens of thousands, Tweten began to receive a lot of messages; sometimes it was women sharing screenshots of their abysmal inboxes, but other times she received messages of hope: “Your Instagram account inspired me to break up with my abusive boyfriend” was a message Tweten received, along with several photos of the stranger’s journal. “Seeing women talking back, and not taking the abuse, is really important,” says Tweten, who believes the biggest revelation for most of her followers was that they weren’t alone. We all get dick pics, or a few random “pokes,” followed by nonsensical garbage.

As the recipient of everyone’s gross messages, Tweten has an interesting vantage point into this sociological mess, so a book that provided intel on the matter seemed like a logical next step. “I’ve been compiling ideas for the book for the last three years and sold it in 2017.” Her method to organize was thorough: “Whenever I got submissions, I’d put them into different folders in my inbox and try to categorize them so that I could analyze the different types of things I was getting. I categorized the various types of harassment and then compiled red flags to look out for, and a list of why men do this.”

“It comes down to entitlement: Men are conditioned to believe that they will get a woman if they work hard and are nice, or whatever, and if they don’t get what they want, they become angry and violent. Boys need to be raised in a way where they’re allowed to express emotions [but] are taught how to process feelings.”

Enough with immature, emotionally stunted jerks who believe their needs and desires trump someone else’s comfort! Enough with inequality. Women are humans, and until every man gets that, send Tweten your sassy retorts to idiotic requests, and take comfort in knowing that we’re all in this pit of shit together.

Get your copy of Bye Felipe here.