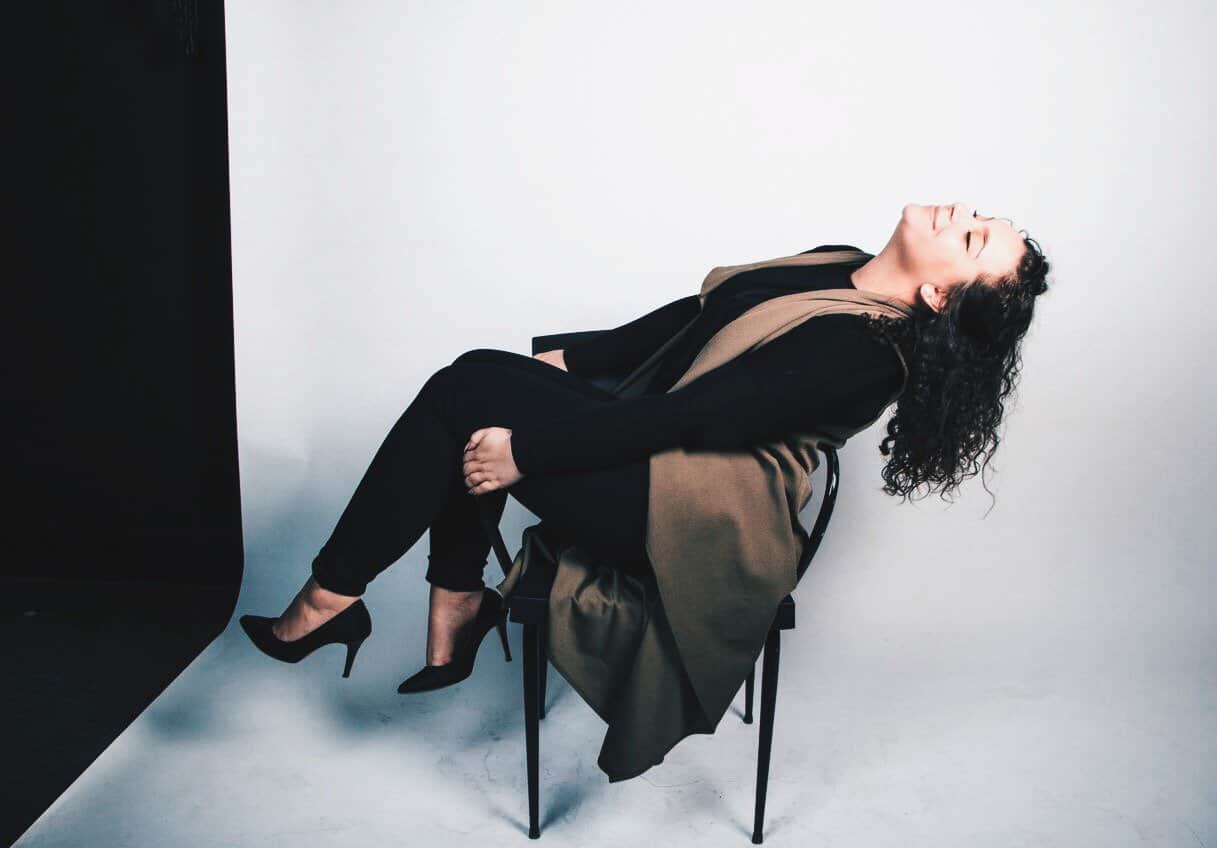 Next week, local comedian Anasimone George is expanding her monthly SHADE comedy night into a full-blown festival, happening July 6-8 at the Rivoli. George began SHADE in January of 2017 as a way to combat the often racist, homophobic and misogynist comedy scene. SHADE features comedians who are people of colour, women and members of the LGBTQ+ community.

I caught up with George to ask more about her own comedy roots and what people can expect from the SHADE Festival.

KA: What made you want to get into comedy?

AG: I’ve always wanted to be in the spotlight, but most importantly, I like making people laugh. I also like to use comedy as an inspirational and educational tool.

What was the scene like when you first got into comedy? What challenges did you face?

The scene was, and is, very rough. Imagine Boxing Day, without the sweet deals, and in a basement. What I’m saying is it sucks, and there are a lot of dudes who take up too much space with very little value or contribution to the art.

What changes would you like to see in the Toronto comedy scene?

I would love to see more networks of artists working together, a bridging of worlds between the different forms of comedy (improv, sketch, drag), as well as joining forces with other artists (musical/dance/theatre/visual/etc). Ideally, a network of the most diverse–culturally and medium-wise.

How did SHADE come about?

SHADE came about after I felt a lack of diversity in the scene. I also wanted a place where I could grow and flourish as an artist on my own terms. I figured if doors wouldn’t open, I’d smash a few holes in a wall and make my own.

Why should people go to SHADE?

People should go to SHADE for a number of reasons. Not only is it the most diverse comedy festival visually, but it also includes several different art forms (e.g., visual art, music, drag, sketch, stand up, improv). On top of all this great stuff, the headliners for the weekend are incredible and our featured act is Baron Vaughn! It’s going to be an incredible weekend of celebration and laughter, plus the Rivoli installed some air conditioners, so if that’s not a bonus, I don’t know what is.

The SHADE Festival is happening July 6-8 at the Rivoli. For tickets go here. 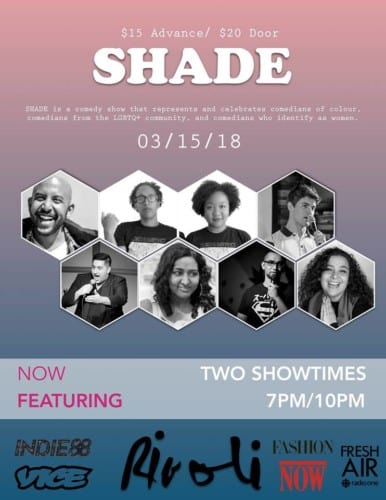