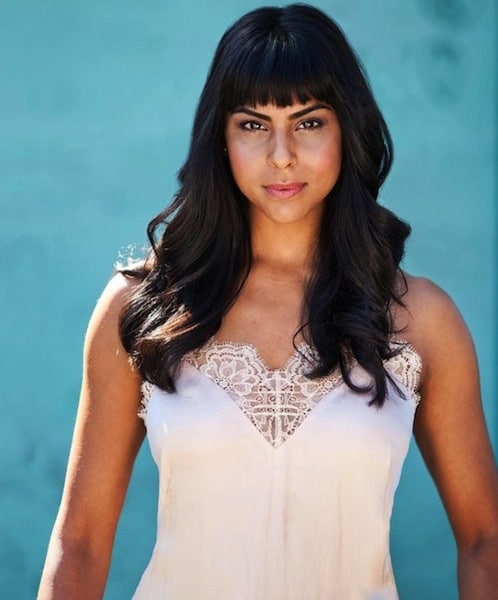 On September 15th, ACTRA is hosting the Studio District Film Party, which is expected to host over 1000 Canadians working in the film and television industry. Proud to support homegrown productions, Shedoesthecity has partnered with a sponsor to help promote the event and shine a spotlight on some of the women in this business. We’ve spoken with a ton of local women in Toronto who work in a variety of roles within the industry.

She is one of the co-founders of Women on Screen, a non-profit organization that advocates for a more dynamic and inclusive representation of women in the entertainment industry, and also serves as the ACTRA Toronto Diversity Committee co-chair. She is currently directing her first documentary, Through Her Eyes, a film about two women who find hope and meaning in their lives through a community arts group.

What does a producer do?

I don’t really know… I’ve always said it’s the person (or people) who makes s**t happen. But how do they do it?! I’m still figuring that one out. Ha! It’s the most amorphous and fluid of roles in the credit list. Every film has one (or ten) but not everyone does the same thing. Simply put: A producer is the champion of the film at all levels and stages of the process (and everyone’s mother). You work with the writer on the script and you find the money. You decide on the cast and you figure out the schedule. Everything from development to pre-production; from the first day of shooting to the final picture lock; from marketing strategies to the world premiere. Sometimes it’s the same team, especially with indie and low-budget films, and sometimes there’s a different producer for everything. That’s luxury.

What projects have you worked on that you’re most proud of?

The first thing that comes to mind is a production of Pericles I was in at Shakespeare’s Globe in London. It’s the most magical space and was truly a dream come true to do. As a producer, I’d say my first short film, Just A Prayer, is a significant milestone for me. I wrote it and starred in it too. It was a challenging role to play because the subject matter was both very close to me and yet nowhere near me. Mostly though, I’d never had to wear so many hats all at once! Thankfully, I had a solid and stellar team of amazing people around me. Two of my best friends helped me produce it. Another friend directed it. It was a first in a lot of ways and the learning curve was exponential. I’m proud that we did it. I’m proud of the story we told. I’m proud of the work we did. And I’m most proud that I had the courage to do it again! And again…

What’s your best advice for young women hoping to advance their career in the Toronto film and television community?

Reach out. Connect with local creators. Surround yourself with people who inspire you, both in the industry and outside. Go to festivals. If you don’t ask, you’ll never know. People are so generous and flattered whenever you ask them for help. If they’re not, you don’t want them.

Biases aside, I’m so excited for the ACTRA Hang Loose Party! I am so amazed by the team who put this all together and so curious to see it all come together. I’m also looking forward to seeing so many familiar faces around town. It’s like everyone comes out of their little hovel and surfaces for a week to celebrate and watch movies. Oh yeah, and the movies. I’m looking forward to the movies!

What shows inspire you?

Star Trek was a game changer in so many ways. For women, for diverse casting… it made major waves. And The Simpsons. Those people are so smart. (SMRT.) I love British shows. Luther. Happy Valley. The Fall. And surprisingly, Waterloo Road. It’s a show about a school in the north of England that I used to watch religiously when I lived there. But the best of all has to be QI, hosted by Stephen Fry. Hands down. Best show ever. If you don’t know it, YouTube it. And say goodbye to any spare space in your brain.