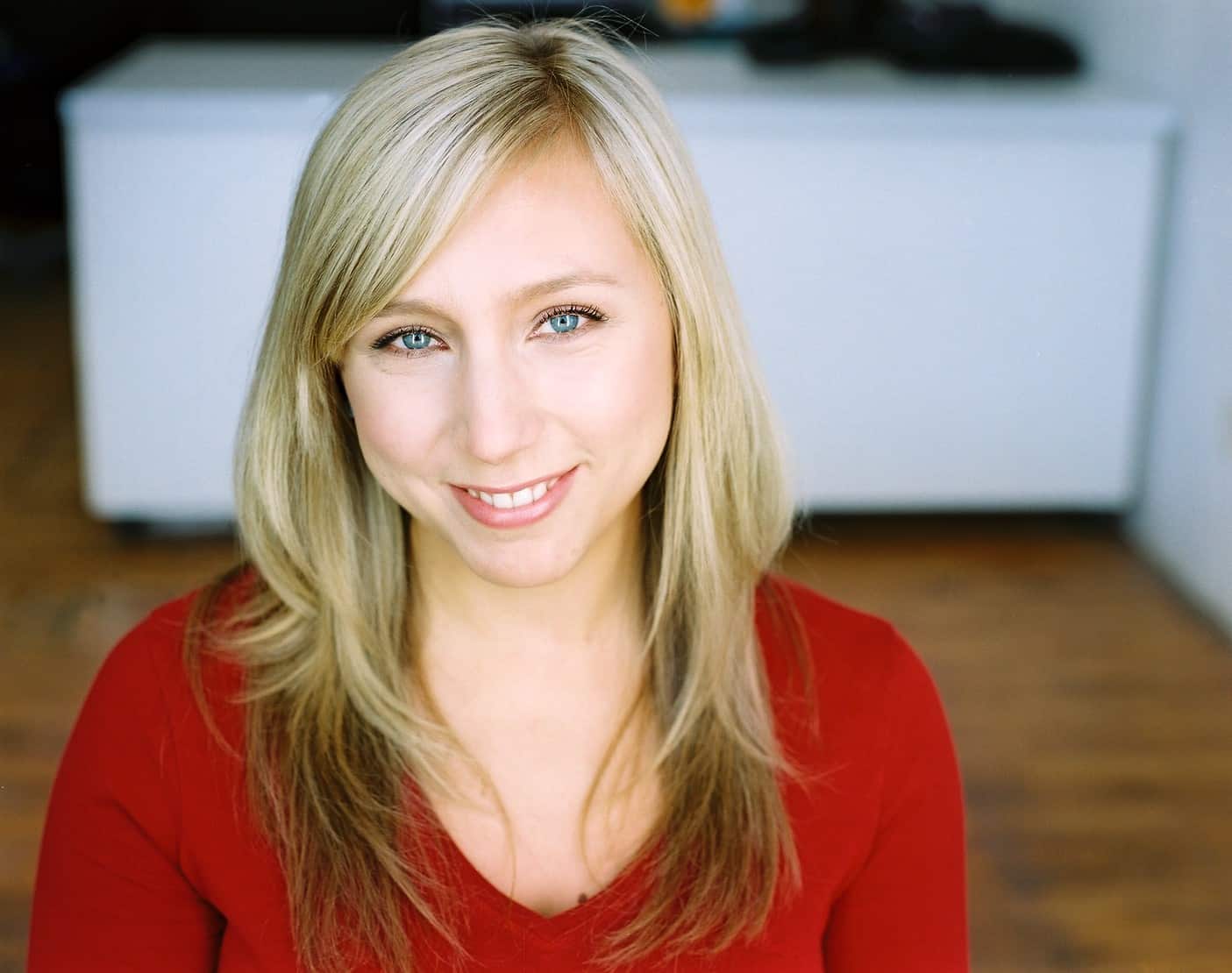 Earlier this week, the inaugural Studio District Film Party took place at Hangloose Media (and man, was it a huge success). As a media partner, Shedoesthecity has been profiling a variety of women working in the Canadian film and television industry. For this installment, we picked the brain of actor/producer Freya Ravensbergen.

For over ten years now, Ravensbergen has worked steadily doing film, television, theatre and voice work. You can find her in such feature films as The Back-Up Man, The Legend of Sorrow Creek and Waiting Room. In 2012, she began producing and, along with co-producer Rebecca Singh, co-wrote and co-directed the animated short film Just Another Day. She is currently finishing a successful international film festival circuit with her production company’s (Dangerous Dust Productions) inaugural, award-winning feature film A Brand New You. DDP just finished their second feature film, Fucking My Way Back Home, the story of a sex trade worker’s first night on the job (Ravensbergen plays the lead).

When she is not acting and producing, this wonder woman is co-chair of TAWC (Toronto ACTRA Women’s committee). She hopes to encourage women to take positions of leadership behind and in front of the camera and foster the creation of new work in this city.

What is the mandate of the TAWC?

The TAWC is committed to advancing key issues for female performers and to women taking their place in an environment where our contributions as artists are recognized, valued and supported. TAWC is committed to initiatives that encourage women of all diversities to succeed by working together for progressive change.

What advice do you have for young women just beginning their career in the Canadian film & television industry?

Be pro-active! Ask for help. Ask for money. Don’t wait for opportunities to be handed to you. Grab your passion by the horns and find ways of creating your own work. Find good collaborative partners (no one can do it alone). And remember that some people won’t like your work, so don’t be afraid of offending anyone.

What are you looking forward to most this year at TIFF?

The thing I look forward to most at TIFF is our Studio District Film Party! I’m also excited about some industry panels – they are always my favourite part of TIFF.

What are the pros and cons of forging a career in the performance arts in Canada?

Pros: Being your own boss, making your own schedule, doing what you love, having your own voice, creating unique characters and stories and knowing a great deal about a wide range of subjects since we need to research so many different characters, careers and issues for the roles we play and the stories we tell. We also have the best stories at parties, we tend to be good at networking, speaking in public and meeting new people. We tend to have excellent intuitions and know how to follow our gut feelings. We get to be part of groundbreaking, exciting projects/films/TV shows. We aren’t letting life pass us by – we are living our dreams and changing the world!

Cons: The constant rejection! (I like to tell myself that if I wasn’t being rejected, I wasn’t aiming high enough.) Also, the need to find another flexible source of income that doesn’t kill your soul to allow you to be an artist. Every single actor/performer in this industry will go through this at some point, even the really lucky successful ones. The key is finding something that doesn’t take up all your time and energy so that you can stay creative and hungry, but also something that allows you to not only pay rent and feed yourself but also to invest in yourself, and invest in your training and projects. Never be ashamed of it, and if you are one of the lucky ones who don’t need a part-time job, don’t gloat – just know that could change at any time. Be versatile, humble, grateful, and hungry for experiences.

The other con that I struggle with is the constant pressure to never miss any opportunities, to always be ‘on’ and looking for work. Remember, you will be a richer artist if you take the time for yourself to live life, have a family, have other interests, travel etc.

What’s on your mind right now?

I’m in post-production of a feature film I produced this summer, so my thoughts are all editing and the soundtrack right now.