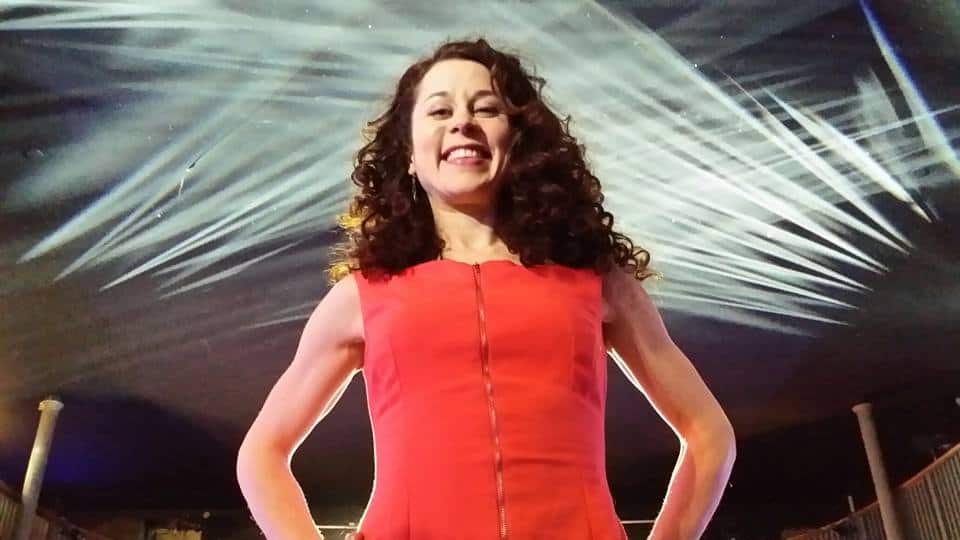 Jackie English is one of the organizers behind this year’s inaugural Studio District Film Party at TIFF, which will bring together over 1000 Canadians working in the film and television industry.

It’s hard to explain Jackie’s career within the biz; she does it all! She’s an independent creative producer, director, filmmaker, choreographer and casting director. While you may not know her name, she does EVERYTHING. She won TUFF with her short film NIMBY, Produced OUT which premiered at TIFF13, she founded the Splinter Unit Film Collective, ran the Bread & Circus Theatre Bar, does choreography for TVO, CBC, Second City and music videos. She was a host/producer on TVO Kids for eight years, and has cast several commercials.

Moving away from the Hollywood star power and gracing the red carpet, we get up close and personal with the women at home who are working hard to make a difference in the biz.

Your career is diverse. How do you choose what you do next?

I’ve tried to have many ideas/projects flowing so that I can be ready for opportunity. Often the order of things is dictated by external deadlines, successes and chance.

What is the most fulfilling aspect of your work?

What are you most excited for at TIFF this year?

Everyone comes to town, and comes out of their production worm holes, and the industry feels like a family… for a week. Then it’s back to the grind.

What are the pros and cons of growing your career in Canada?

Tell us about the reasons why ACTRA is having an ENORMOUS bash this year during TIFF?

ACTRA is aiming to get some positive attention for its female/diverse and emerging young talent. Celebrating our talent is the first step in expecting others to recognize it too. Also I’m hoping people make connections that inspire them and feel appreciated by their union. Then, of course, back to the grind LOL!