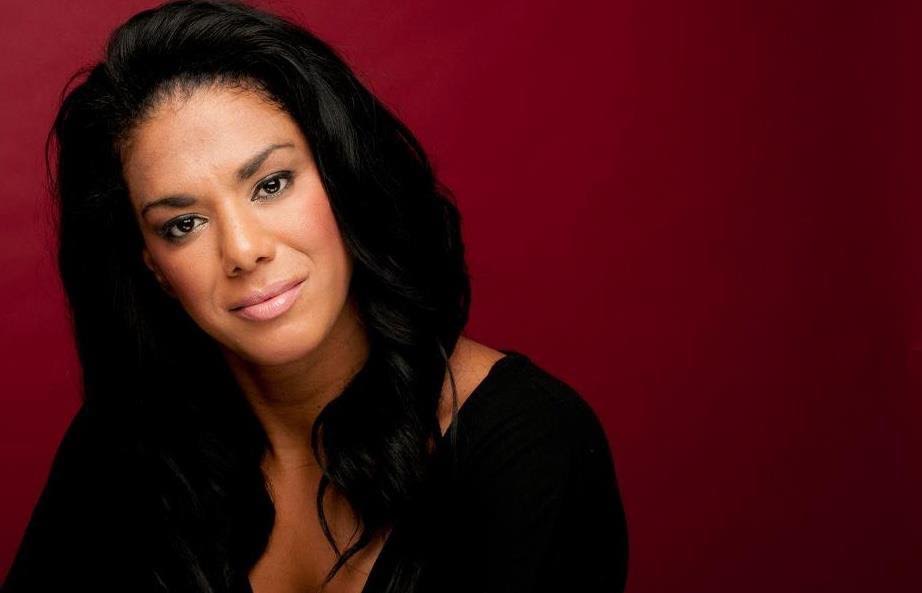 Last night’s inaugural Studio District Film Party was a huge success. As a media partner, we’ve been profiling a variety of women working in the Canadian film and television industry. For this installment, we spoke with full-time stunt coordinator Angelica Lisk-Hann.

Angelica has been working professionally in film since 1991, after starting out as a model and high-level athlete in Trenton, Ontario. Over the past six years, she became the first black female stunt coordinator in Canada.

Angelica has coordinated on the TV series Warehouse 13 and the major motion picture Kick Ass 2. She has also worked as a stunt coordinator on The Best Man Holiday, Hemlock Grove, The Book of Negroes, and the highly anticipated Bell Media TV series Annedriods. She has a feature she coordinated premering at TIFF called The Steps and is currently working on a TV series called Slasher for Super Channel.

Angelica is also the Chair of the ACTRA Toronto Stunt Committee and a Councillor at ACTRA Toronto Council. This past year she received The Role Model of the Year Award by The Black Canadians Association.

How did you end up being a stunt coordinator? Was there a moment that happened? Or was it gradual?

I don’t think I was looking to become a stunt coordinator – it just kind of happened. I had been a stunt performer for about twenty years and was asked by a colleague, Patrick Haggerty, if I would coordinate his short film, Dave vs. Death. It won a ton of awards in the short film circuit and then I started to coordinate more to gain experience. I started to cover on the TV series Warehouse 13 for stunt coordinator/director Matt Birman. It has been almost six years now and I have over twenty shows under my belt as a coordinator. I owe the opportunity to Matt Birman for the push and mentoring he has provided me over the years.

Justin Kelly from Timshel Pictures has been the second piece to my coordinating story. He has trusted me with three years of shows. He is our line producer on Slasher and I think we are almost ten shows deep at this point. We also have a show in the works called Group Home that I am very excited about!

What does a typical work week look like for you?

Right now a typical work week on Slasher consists of meetings, surveys, more meetings, a lot of paperwork, research, hiring doubles and stunt actors, then working on set and pulling everything together to make the action work for our director. It’s been tough, as we mostly work nights, so you kind of feel like a zombie most days. Getting back to the hotel at 7 am and trying to sleep is sometimes trying. Then back up to get back at it again.

What project are you working on now that really excites you?

Slasher has been amazing thus far. I can’t really talk much about it but I can say that I really think this is going to be a huge hit, so watch for it coming soon to Super Channel. It was created by the very talented Aaron Martin and directed by Craig David Wallace – both great guys and very passionate about their work, and it shows.

How would you describe the ACTRA community in Toronto?

The ACTRA community as a whole is pretty incredible. We have some of the most talented performers in the world. If we keep supporting it via tax credits and growing our studio space here, I think you will see big tent-pole features and TV series continue to shoot here for many years to come.

What aspect of your career do you find the most rewarding?

I come from a sports background and have always been big on team sports. I guess that has carried over into my film and TV life; I really love when my team gets through the day and we get our shots, everyone is safe and we all go home happy.

If I get a few days off during TIFF, I am hoping to see a film that I coordinated last year called The Steps with James Brolin, Christine Lahti and Jason Ritter. We had such a blast filming and this cast was such a dream team. Jason Ritter is one of the most talented and kind actors I have worked with and is such a spitting image of his late father, John Ritter. Of course I also love the parties! TIFF parties are the best.