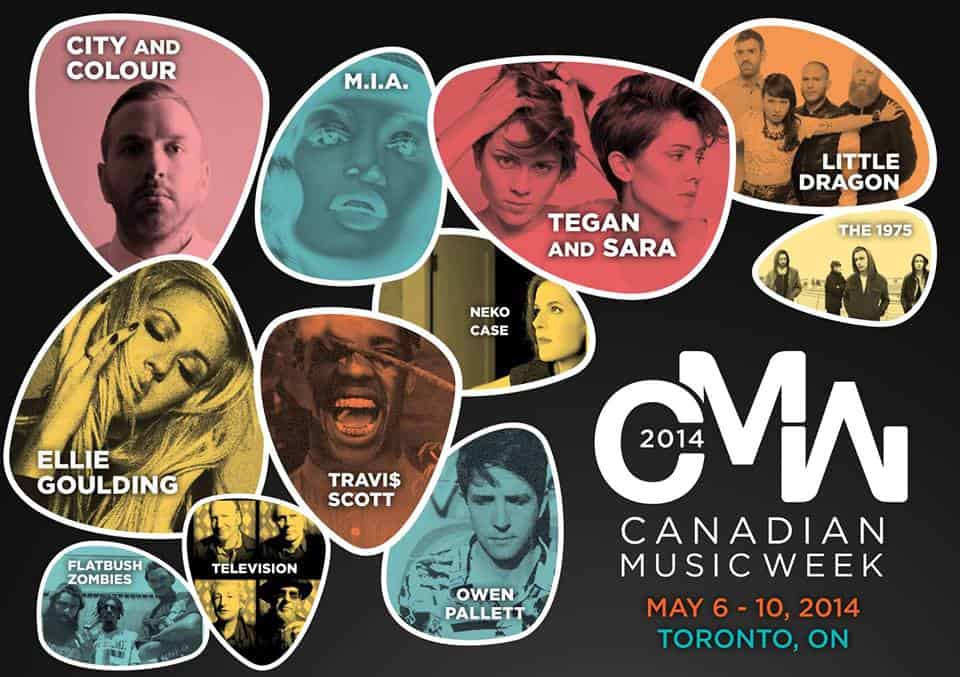 Toronto’s summer music festival season officially kicks off this Tuesday, May 6 with Canadian Music Week—a five-day showcase of 1,000 artists performing at more than 60 venues across the city. To help you navigate CMW’s massive list of shows, we’ve compiled our top picks of the week!

10 pm The 1975 @ Koolhaus, 132 Queen’s Quay E. Manchester indie rockers The 1975 rose to buzz-band status in 2013 following the release of their self-titled debut album. With hits like “Chocolate” and “Sex,” expect things to get real sweaty. Doors at 7 pm. Concert lottery.

10 pm BASECAMP @ Lee’s Palace, 529 Bloor St. W. Nashville-based R&B-lo-fi trio BASECAMP aren’t afraid to push the boundaries of music, as evidenced by their groovy cover of Ace of Base’s “All That She Wants.” Doors at 7:30 pm. All wristbands accepted.

8 pm Bill and Murray @ Baltic Avenue, 875 Bloor St. W. Based in Tel Aviv, Bill and Muray are David Blau and Stella Gott, an old synthesizer, a drum machine, and a distorted guitar sound. All wristbands accepted.

12 pm The Aussie BBQ @ The Horseshoe Tavern, 370 Queen St. W. The ultimate hangover cure: Aussie bands and BBQ eats. Performances by The Black Lullaby, The Lazys, FAIRCHILD, Twin Lakes, Tully on Tully, Mia Dyson, Cub Sport, King Gizzard and the Lizard Wizard, and You Am I. All wristbands accepted.

6:30 pm Television @ Phoenix Concert Theare, 410 Sherbourne St. A product of the iconic 1970s New York rock scene, Television have influenced everyone from Sonic Youth to The Strokes. You don’t want to miss this show. All wristbands accepted.

9 pm Osheaga & Life or Death PR Present @ Adelaide Hall, 250 Adelaide St. Wildlife were one of the highlights of my CMW experience last year, and are once again on my must-see list. They’ll be joined by Montreal indie rockers We Are Wolves, Philadelphia shoegazers Nothing, and TWO secret guests. All wristbands accepted.

10:30 pm Woods @ The Great Hall, 1087 Queen St. W. Brooklyn psych-folk outfit Woods are what summer nights are made of. Trust me. All wristbands accepted.

Get Lost in the Metaverse with Maylee Todd’s New Album, ‘Maloo’