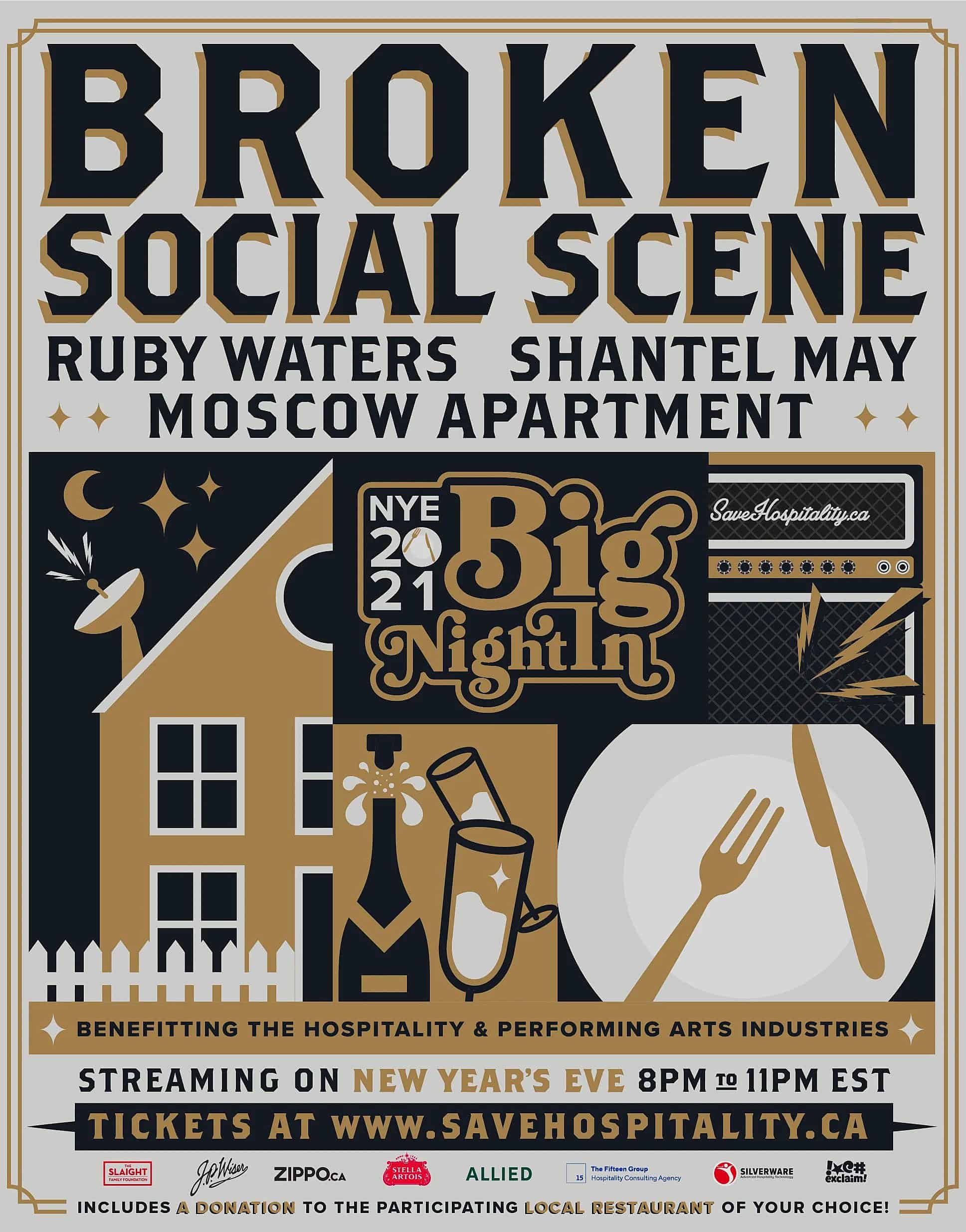 New Year’s Eve won’t be quite the same this year, but it doesn’t have to be less fun. Here’s our roundup of the best ways to ring in 2021 from home.

Join the Art Gallery of Ontario for a virtual disco-themed event inspired by the new exhibition, Studio 54: Night Magic. The gallery will be hosting fun activities for all ages throughout the week including a dance class with T.O. Hustle Sessions and a disco ball-making workshop, culminating with a New Year’s Eve countdown Thursday starting at 4 p.m.

Celebrate the new year with a three-course menu from the Drake Hotel and Drake Commissary featuring bread and roast eggplant dip, steelhead salmon niçoise, short-rib served with beans, rapini and gremolata, and sticky toffee pudding. Then tune in online as DJ Cozmic Cat, SOJI, and DJ Lucie bring their floor-filling sounds into your living room, live (and FREE) from Drake Underground starting at 8 p.m.

For The Underground Festival

For The Underground Festival is a 24-hour livestream to help reconnect the Toronto music community by dancing alone, together. The party starts at noon on Thursday and continues into Friday, with money raised going towards CODA, Vertigo, Above the Wreckage recording studio, or a charity of your choice.

This event will feature a 24-hour livestream of movies on Twitch to raise money for Khaleel Seivwright’s Toronto Tiny Shelters initiative. The livestream begins Thursday at noon and donations can be made through GoFundMe.

The Big Night In

The Big Night In is a virtual, cross-county celebration supporting the hospitality and live entertainment industries, both of which depend on “night out” guest experiences. Tune in from 8-11 p.m. for performances by Broken Social Scene, Ruby Waters, Shantel May, and Moscow Apartment along with cocktail demonstrations from Dear Friend Bar, a roundtable discussion from notable members of the hospitality industry, and other special guests.

Tickets are $19.95 + tax per household and includes a $5 donation to a restaurant of your choice, with the remaining proceeds going to national beneficiaries for performing artists and hospitality workers.

Acclaimed Toronto cover band Dwayne Gretzky is ringing in 2021 coast to coast! The free broadcast will start with the calendar flipping over in Newfoundland and continue all the way across Canada until British Columbia has their turn.

Question Everything Trivia caps off 2020 with a trivia roast looking back at everything that happened and looking forward to better times! Bragging rights and gift cards to local businesses will be up for grabs, and you also score points for Best Team Name, Best Dressed, Best Zoom Background, and Social Media Savvy. To play, you’ll need to purchase a PWYC ticket and nominate a team captain to fill out answer sheets.

Lavender is a party for LGBTQ+ women, nonbinary folx, and people of all marginalized genders. They’ll be saying goodbye to 2020 with a party featuring tunes by DJ Jams, Pogi the DJ, and Sofia Fly + performances by Gay Jesus and Manny Dingo starting at 10 p.m. Tickets are PWYC, with all proceeds going towards the Encampment Support Network of Toronto. Every $10 donation gets you a draw entry to win prizes from Flamingo Market vendors!

Toronto’s DJ Lazarus helps you kick 2020 to the curb with a perfect soundtrack of current and classic cool videos and tunes—alternative, goth, new wave, post-punk, darkwave, and requests. The party kicks off 10 p.m. on Mixcloud and Twitch.

The City of Toronto in collaboration with CN Tower and CHUM1045 present a live-streamed celebration of light and sound for NYE. The show will broadcast from the City’s YouTube channel and simulcast on Jamar’s House Party live on CHUM1045 starting at 11:59 p.m.