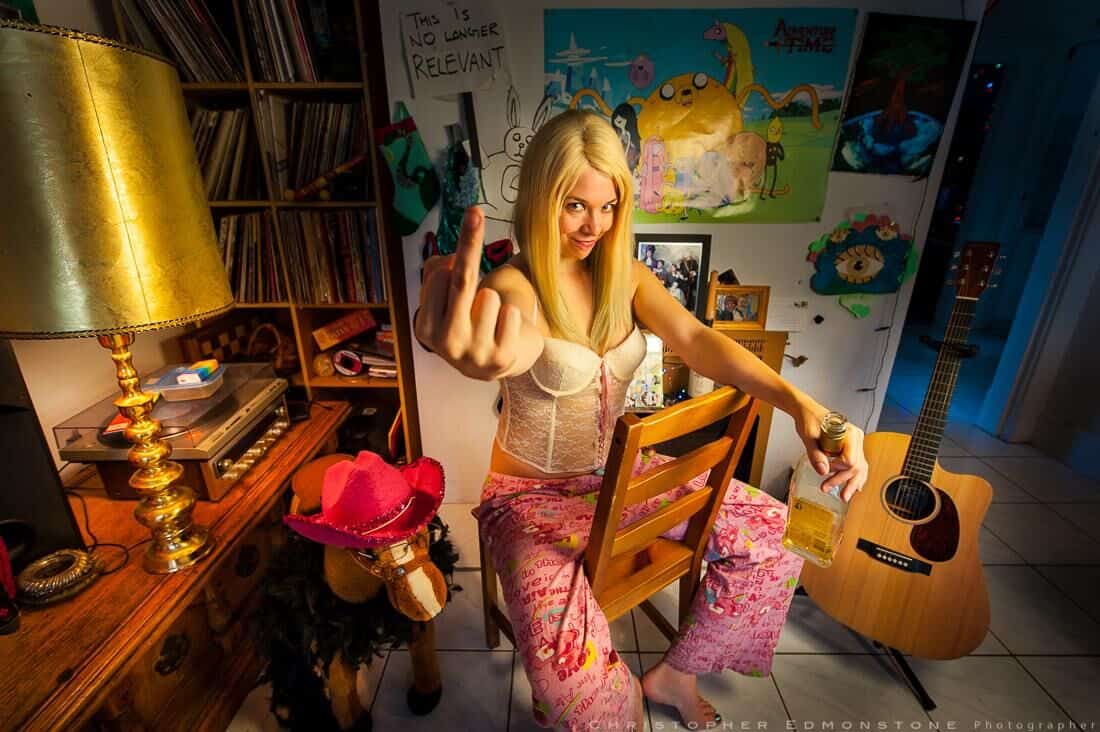 Shirley Gnome’s Sexual Healing in ‘Taking It Up The Notch’

Shirley Gnome delivers lines like, “Pillows in the shape of a man…to gently hump until I sleep” and “Crop-dusting lovers…you can let your heart show, you can let your farts go…” with pitch-perfect country twang. Her songs tackle sexual foibles, existential crises and more with a giddy levity that catapults us into an absurd (yet very familiar) world of her own creation.

Her latest album, Taking It Up The Notch (also a Fringe production), is a joyful rebellion against rigid femininity, constrictive sexuality and what it means to be a “lady.” We caught up with Gnome last week to talk songwriting, country, and how sex humour can heal.

SDTC: What drew you to country?

SG: I gravitated to country originally because when you learn how to play the guitar, you learn three chords, which basically make up most country songs. It became the only way I could write songs. I also like country and folk because they’re good storytelling genres and a great way to express honesty. Sometimes country music is so honest it’s embarrassing and saccharine; I wanted to take that and make it more true to my own experiences as a sexually emancipated woman. I was motivated a lot by trying to make my friends laugh.

It’s different every time. A lot of songwriting is out of your control at a certain point. If you’re lucky, you’ll just clue in to something that feels outside yourself. I’ll be walking along and a little tune will pop into my head. Sometimes it will happen when I’m listening to other music and I’m brought to a satirical place in my own mind because what I’m hearing seems absurd or strange. And I want to point that out. So I take from that and twist it around and make it my own thing.

Usually the theme and the music come first, and then I’ll sing into my phone or write down some notes. Then I’ll come back to it and flesh it out. I end up with this big glut of material that I’ll carve down into a little turdly statue. 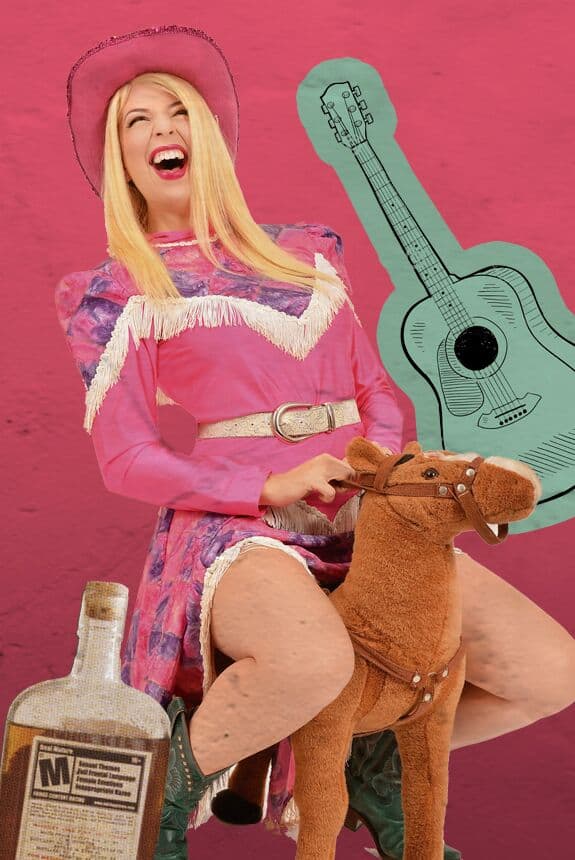 Who are your fave country singers?

Dolly Parton, definitely. She’s amazing for so many reasons and has had to work so hard in her career as a woman who performs and writes her own songs, plays multiple instruments and is a really shameless person in a lot of ways. I like a lot of Loretta Lynn’s music as well because she was able to talk about some things that were really progressive, especially in the world she grew up in. The song, “The Pill,” in particular, was amazing. I like old country a bit more than new country.

That’s how I go through life. That’s my way of processing things. In one way, it’s me helping myself. In another way, that’s the power of satire. Comedy makes these issues easier to look at in a way that’s still really honest. I think that’s important. I certainly tried to be more conscious of that with this album.

Really positive. The majority of that is because of a lot of disclaimers. The people who are there know what to expect, but there are always some people who have been brought to the show. I do get the occasional walkout. But I want to push boundaries so that’s a compliment to me.

Have you always been this sex-positive?

I think I came to a place of positivity a little faster than other people. We seem to try to rush women to grow up. If you look and act older than you are, you get sexualized more quickly. You get treated differently earlier on. I was a bit of a late bloomer, and in a way that shielded me from some of the shaming that happens.

I also think I’ve got a really great support system in my family. I didn’t have any trouble at home. If anything, [during] my experiences of walking into the world as a sexual being, I was really confused at the negativity. I’m a bit of an innocent person, and I’ve kind of always kept that. My friends would tell me stories about their shitty boyfriends and their shitty girlfriends and I’d be like, what the hell? I realized I’m privileged in a way to have a sex-positive core.

I’ve certainly have gone through a lot of what we all go through growing up in a very sex-negative culture. I’ve experienced sexual harassment and sexual assault as I’ve gotten older – all of those things mixed in with the growing pains of what it means to be human. I’m very lucky in that I’ve been able to maintain a sense of joy. And for me that’s a big part of what the music is about. It’s about not letting all that poisonous, toxic part of our culture take that away from us. Darkness and shaming and toxicity surround a lot of sexuality – you need a light to hold against it. And humour is such a big part of doing it, of accessing sexuality in a way that’s joyful.

What do you want people to take away from this album?

I don’t want to dictate how people react to it. I’m always really happy when it sparks discussion and conversation. What means a lot to me is people telling me how it cheers them up, or makes them less ashamed of themselves. I’ve had sex workers tell me they feel less ashamed of what they’ve done because of my attitude. I’ve had people tell me it’s helped them through a breakup or loss. I could die happy knowing it does that for some folks. In the end, it’s whatever you need. And if you get something out of it, great!