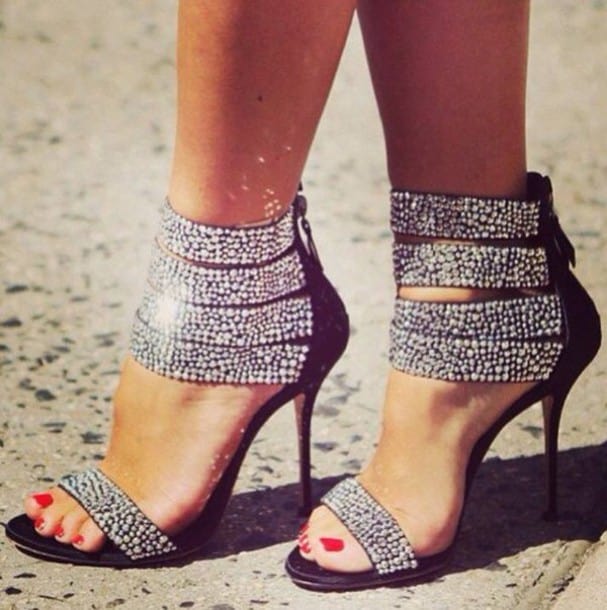 Tonight someone posted a picture of a bowl of pho to Instagram. “I’m addicted,” the poster wrote in the caption. Last week, I received an e-mail from an online retailer with the subject line, “SHOE ADDICTS UNITE!” Flipping through a trashy magazine by the lake with friends, I came across a quiz entitled, “Are you a nail polish junkie?”

Language is not immune to the peak-and-valley patterns of trend. Like clothing and hairstyles, words are able to climb to the top of the lexicon ladder, reign supreme for week, a season, or longer, and then fade away into obscurity just as quickly as they came.

To take a word and turn it into a buzzword is mostly harmless. For example, of course no one likes to be sick, but by telling someone their longboard is sick (context is everything) the reapplication of the word, with its new intended meaning, is generally safe. “Sick” is a general word, after all.

But when I read quizzes geared at discovering whether or not the reader is nail polish dependent, I panic. HOT KNIFING AN OPI, FOR THE LOVE OF GOD, NO! Then, when I read on, I find out that if you are, in fact, a nail polish “abuser,” this publication is not remotely concerned with your wellbeing. It simply wants to recommend a new colour for you, because, based on the three answers you circled, this is the colour you’ve been looking for your whole life, the dragon you’ve been chasing.

When I see the word “junkie,” I assume the subject in question finds other places to put the pale pink lacquer (in their mouths, for example, or in the hollow of a delicate glass smoking apparatus).

Maybe that’s just me. Maybe I’m sensitive to this because addiction is a subject that hits close to home. But with more than five million Canadians using illegal drugs, more than one million abusing prescription drugs, six million hooked on cigarettes, seven million that binge on alcohol, some fifty thousand that are compulsive gamblers, and about two million Canadians who are physically dependent on caffeine (CanadaRehab.ca), there have to be others out there who squirm at the sight of the word positioned in a promotional pitch. There must be others who look at the commodification of addiction, because that’s what this is, and are reminded of Bob Saget’s famed quote from Half Baked. I’m paraphrasing, but has anyone ever sucked dick for nail polish?

The definition of addiction is the state of being enslaved to a habit or practice, or to something that is psychologically or physically habit-forming to such an extent that its cessation causes severe trauma. Will this Instagram poster go into withdrawals if a day goes by without a serving – or ten – of pho? Will anyone find themselves lining up for some government approved analgesic drug if they don’t order another pair of must-have summer espadrilles?

If we don’t say, “Ew, this burger is so colon cancer,” or “Meh, that last season of Orange is the New Black was Multiple Sclerosis,” when we don’t like something, and we also don’t say, “The coffee here is clean STD test” when we do, why should we bastardize a term like addiction to describe a feeling that’s nothing more than an appreciation for something material?

Harris Wittles, Philip Seymour Hoffman, Cory Monteith, Amy Winehouse, Heath Ledger. These are just a few names you may recognize, all belonging to real people who died from addiction. I don’t have their coroner’s reports, but something tells me no one checked out on account of rare beef. And then there are the others, the one’s who don’t have Wikipedia pages. Like the one who I saw at the beach two weeks ago, and whose family and friends were tasked with hosting a memorial service in his name this past Sunday. I can assure you, he didn’t leave this earth because of his passion for pedicures.

So what is addiction if not an impressive collection of nail polishes? A love of new shoes? Addiction is a disease. It ruins lives, destroys families and leaves permanent scars on all who it touches. Addiction takes hold of people and forces them to do things to themselves, and to others, that they never thought imaginable. Addiction causes people to spend more money than they have, and stoop lower than what’s safe and humane in order not to starve. It causes people to shake, sweat, and writhe, to foam at the mouth, and see blood in the toilet. It asks people to lie, to steal, to swallow their own vomit on public transit, and to shit the bed as grown adults. If you truly are an addict or a junkie, you will find yourself longing for the days when you could draw the line at just an earnest enthusiasm for anything, for a time when spending a touch too much on shoes was your biggest problem in life.

So before you go claiming that you are a Netflix fiend, diet soda dependent, or you call yourself a chocaholic while paying for your Kit Kat at 7/11, think twice. Be grateful that you’ve found things that you enjoy, that bring you amusement, happiness, and a sense of wellbeing, and not that you’ve found yourself in a lifelong battle against a force that’s sometimes too strong to defeat, “sicker” than anyone’s longboard has ever been. Because that is what addiction actually is. It’s not eating a bowl of soup that tastes really good.

Are you ready to write your recovery memoir? In conversation with Ann Dowsett Johnston, author of bestseller ‘Drink’