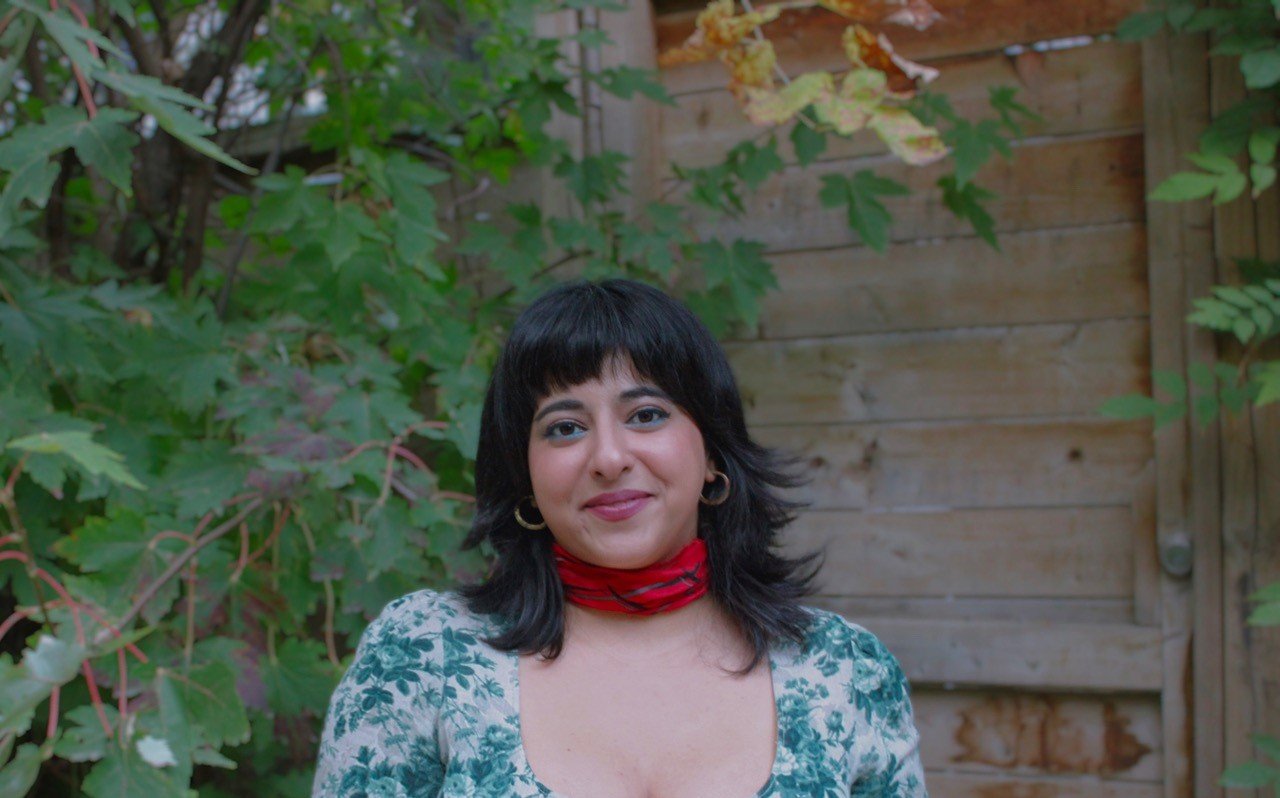 "My body, once a battlefield, has now become a site of resistance."
Life Stories

I haven’t been doing much. I’ve been trying to embody slowness more.

I forgot how nice it could be to simply just… be. I think my adrenal glands have been through it the last couple of years, with an espresso dependency (now switched out to matcha and green tea, and drinking half a cup of coffee now gives me terrifying palpitations), an on-and-off relationship with smoking (now switched out to a vape), and drinking (I’ve been sober for almost a year), and I feel really really good right now.

I’m currently not broke, I’m eating lots of greens, sleeping and praying more, dancing, and reading poetry. Even while walking or biking, I’m trying to unlearn the capitalist and white supremacist need for urgency—as if the world will end if I’m a few minutes late or miss a deadline. I read in a health publication that being anxious and feeling an innate sense of urgency can cause adrenal fatigue. Not only was I doing this, but I was also addicted to stimulants, like caffeine. It’s all interconnected, says my body.

Speaking to my body has been a transcendental experience. I first decided to try it when a trans-masculine friend told me he had spoken to his ovaries and could hear them scream. I ran a hot bath that night after our phone call, lit a candle, played Arooj Aftab’s hypnotic and melodic music, and closed my eyes as I tried to communicate with mine. I felt it was impertinent given I had experienced months of menorrhagia (abnormal and long-term menstrual bleeding) due multiple factors: an inflammatory response to the COVID vaccines, trauma, and coping mechanisms that weren’t kind to my body.

Once I began communicating with my ovaries, I realized mine were screaming too: a cacophony of rage, neglect, and deep imbalance in my body. It was also around this time my somatic therapist and I were focusing on anger, the emotion I am most familiar with. I envisioned the core emotion as a 7-year-old me, running around in circles screaming, “why won’t you listen to me?” I felt the same energy from my ovaries. And I realized then that my body and inner child felt so similarly. I had ignored their needs.

I have a chronic illness, and I tend to hyper focus on my kidney, spleen, liver, and gut function (as per recommendations from my acupuncturist). This is also due to something called PCOS (Poly-Cystic Ovarian Syndrome), which is often misunderstood as an ovarian disorder, but actually has way more to do with our metabolic function. Once I began listening to my body holistically, a whole new world opened up to me.

As a writer and community organizer, I’ve felt it was often necessary to place others’ needs above my own. But, in the wise words of Audre Lorde, “caring for myself is not self-indulgence, it is self-preservation, and that is an act of political warfare.”

I’ve never really felt like my body belongs to me. I always wanted to be a boy when I was a kid, cursed by the genitalia between my legs that dictated so much of my life that was outside of my control, and after puberty and the curse of a DDD bra size, my body belonged to the men and women who decided my body was their property, for their judgement and entertainment. They metaphorically ripped me apart until I could no longer recognize myself in the mirror, and loathed the reflection.

This is what patriarchy does. It feeds and pillages and colonizes and destroys everything in its path that no longer serves it and moves on to the next thing. Each one of these “things” resembles one another to them. Women and the Earth are treated the same. And with this process of theirs, my body was taken further and further away from me. It was snatched away, time after time again (the same way the land has been).

I became perma-disassociated. I would look at the fat on my belly and the largeness of my breasts and feel disgusting. Thick, coarse hair trailing up my inner thigh like insects crawling all over me. I would shave and itch so much I would trigger eczema flare-ups. I would wax and cry from the pain. I even got laser hair removal at my mother’s behest, and lip fillers too a few years ago. I almost felt like I had to.

My mother claimed I would look more ‘feminine,’ as if there was something wrong with me or my thin-ish lips. Men have said similar things to me: “oh you’d be much more attractive if you lost some weight,” and “I’m not into fat girls.” And then I vowed to never do any of it ever again. “Beauty is pain” for some, sure, but I’d rather get tattoos, (and now I only shave for that) because they’re art.

My body, once a battlefield, has now become a site of resistance.

With each day that I stop doing things I think I “should” do, I can feel myself return to my body more and more. The more I listen to my body and not other people, the more I find myself slipping out of disassociation and into the present moment. Even if it’s something as simple as excretion—I burp and fart openly in front of family and loved ones, something that my mother finds repulsive, but better out than in, am I right?

Another wonderful action that has transpired from listening to my body is what, where, when and how much I eat. I’ve lost a considerable amount of weight, completely unintentionally, just by listening to my body. I eat and move my body when it wants to. I don’t push its boundaries, nor do I restrict its movement or nourishment. We deserve to feel good. We deserve healing. Even if that means spending more than I can afford to (I’m an anti-capitalist who likes feeling good and having nice things)!

So, slowness has been wonderful, albeit a privilege. It’s been a difficult few weeks given the news about the floods in Pakistan, my homeland. The flooding has been cataclysmic and truly apocalyptical, a direct result of melting glaciers due to climate change. Please donate if you can (Women Democratic Front is a grassroots socialist-feminist movement providing on-ground support). My people need help. More than 30 million are displaced, and are in need of food, shelter, safety and clean drinking water. It’s another reminder of how women and the Earth are treated the same.

But even with the ghost of capitalism and the climate crisis, I will keep trying to take it easy and listen to my body, engage all my senses, go for slow walks, find some foliage and connect with it, and remember that connecting with and caring for both my body and the Earth, are acts of care and resistance. We will be the ones to plant the seeds.

Zahra Haider is a Pakistani-Canadian writer and community organizer who was born in Pakistan and raised between Islamabad, Lahore, and Dubai. She studied Anthropology and Gender and Women’s studies at York University in Toronto, and is now based in Montréal. Twitter and Instagram: @zarahaider.

"My body, once a battlefield, has now become a site of resistance."