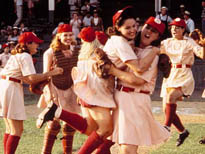 So Much Pride, It Hurts

Radcliffe prepares for a sexy Pride.

Just last week I underwent my annual pre-Pride preparations, which include, but are not limited to: rub on tattoos, underwear without holes, pounds of deodorant, tae kwon do class, rainbow patterned belt and watergun stockage. These special preparations were put in jeopardy, however, due to the recent city workers strike. With the knowledge that garbage collection would cease to exist and the potential of an LCBO strike, I obviously assumed that this year’s Pride would be too sober, awkward and stinky to carry on. After experiencing gut wrenching grief and a complete loss of functions, I decided that maybe it would be okay if I didn’t hit on hotties, trannies and anything that remotely resembled a female this weekend.

The next morning, while blasting 680 News on my bike radio, I learned that despite the crisis, Pride would carry on as planned. But Canada Day, sadly, would not. It was announced that all Canada Day events would be canceled. Apparently, gay people are more important than Canada. I guess it makes sense though, considering gays may be more inclined to pick up their own garbage than babies and old people.

I completed my 30 km bike ride to my important destination: Summerhill, Toronto’s largest LCBO. Knowing that Pride was still in effect, I was desperate to purchase all alcohol available. I splurged on all the most prestigious labels; Vex, Mike’s Hard Lemonade, Colt 45, Coors Light, Rev, Mud Slides and discount wine. Basically, I had an arsenal that would get any 14-year-old really drunk.

I felt exhilarated that Pride was considered such a monumental part of Toronto culture. I teared up at that beautiful commercial featuring Mayor David Miller, where he asks Torontonians what Pride means to them. I decided to celebrate my Pride by fully experiencing everything gay. I first experienced pregnant gays by attending the premiere of the supposed mockumentary The Baby Formula. I would like to know who it was that supplied the money to make this movie, because I would also like that money to make a mockumentary…about my asshole. This “comedy” was about two pregnant granola lesbians who became pregnant through a radical science experiment. Once thought an impossible notion, this movie made me hate babies and pregnancy even more.

Still suffering from my botched attempt to be proud of pregnant lesbians, I felt my second experience should involve something sexy. I immediately bought tickets online to see a double bill of Go Fish and Bound. The main attraction was Guinevere Turner, a writer and recurring character on The L Word. If you have been living in a cave you might not know Gabby Deveaux, but she was Alice’s ex- and known for being “hot in the sheets, cold in the streets.” Guinevere is a beautiful, almost forty-something woman who spoke eloquently to all of the six lesbian couples on dates in the theatre. Bound, however, left me sweaty lipped and panting. If you haven’t seen it, then you haven’t seen an amazing piece of cinematic history. Lesbians killing people for money. Very romantic. After soaking up both of these gay film gems I thought of a couple of other pairings for future Pride Queer View screenings: Now and Then with Panic Room, The Craft and The Crush, and The Other Boleyn Girl with The Hours.

The third super gay experience I had was one is an historic lesbian favourite. BASEBALL! I say that this is a lesbian event because I always equate it with A League Of Their Own and Rosie O’Donnell. But it was also five dollars. Is there a better way to spend five dollars? Busy Ramone also had the same idea. If you didn’t already know, she is an active member of the drunken gay scene; last observed playing African drums at Slacks. She brought a lady friend and lavishly bought her a one dollar hot dog. Sadly, she forgot to bring cups for her forbidden canned beers and was eventually kicked out on her ass. The rest of the game was not nearly as eventful as Busy’s run in with the law. I did, however, spot some hot lezzies in baseball hats. But then again, they might have been men. The hot dogs were weird.

Although I do feel that I have crammed an awful lot of gay experiences into my pre-Pride week, I do not feel that I have partied…at all. Maybe I will not watch movies this weekend and instead interact and communicate with real people. Some hot lezzy Pride events that I hear will be full of vaginal tingles are: Yes Yes Y’All at the Global Village Backpackers for the hipsters, GirlPlay at the Barn for the truly sweaty lezzies, Hunter Valentine is playing at Slacks for the indie crowd and of course, Snatch at Voglie for the down and dirty lezzies. Also, the bartender is hot.

Plus, I will have some assistance as I have already started pre-drinking my Mud Slides and Vex for the Pride parade. See you there, Mayor David Miller!