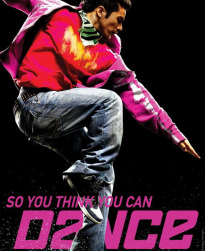 So You Think You Can Dance Tour

Lining up outside the Air Canada Centre this past Tuesday with the hordes of 14 year-old girls and 50 year-old women, all equally as eager to see the American version of the So You Think You Can Dance tour, had me a bit uneasy.

It was clear that I wasn’t nearly as into the show as those lining up for $50 SYTYCD t-shirts, or the girls in front of me waving seizure-inducing phallic glow sticks. In fact, I didn’t even know who had won the season five competition…I had only been watching the show every now and then. I had no choice but to fake it. Fortunately for me, the show wasn’t half-bad.

The night opened with the show’s executive producer and judge, Nigel Lythgoe, counting down the top 10 worst auditions from this season’s show, with the obvious fan favourite being a guy who calls himself Sex battling it out with equally bad Ukrainian dancer Leonid “Wise Leo” Knyshov. This segment had me laughing-so far, so good.

Next, the top 10 dancers emerged from backstage wearing matching white uniforms and impressing the audience with their back flips and fancy footwork. Two guests were also introduced—number 11 and 12 had been invited on tour. The next two hours consisted of the best couple’s dance numbers from the season along with group routines and individual showcases-after their elimination segment from the show was shown. The obviously fan favourite was popper Phillip Chbeeb, who seemed genuinely surprised to receive a standing ovation after his individual dance.

My only complaint about the show would be that the dancers were required to do comedy bits between each of the dances, which the majority failed at—notably their attempt at promoting their new exercise DVD by having one of the dancers dressed up in ridiculous tights and speaking in an exaggerated tone. Note to producers: these kids are dancers, not actors. Other than that, it was a pretty good night and I did a pretty good job blending in with the die-hard fans surrounding me, SYTYCD t-shirt or not.