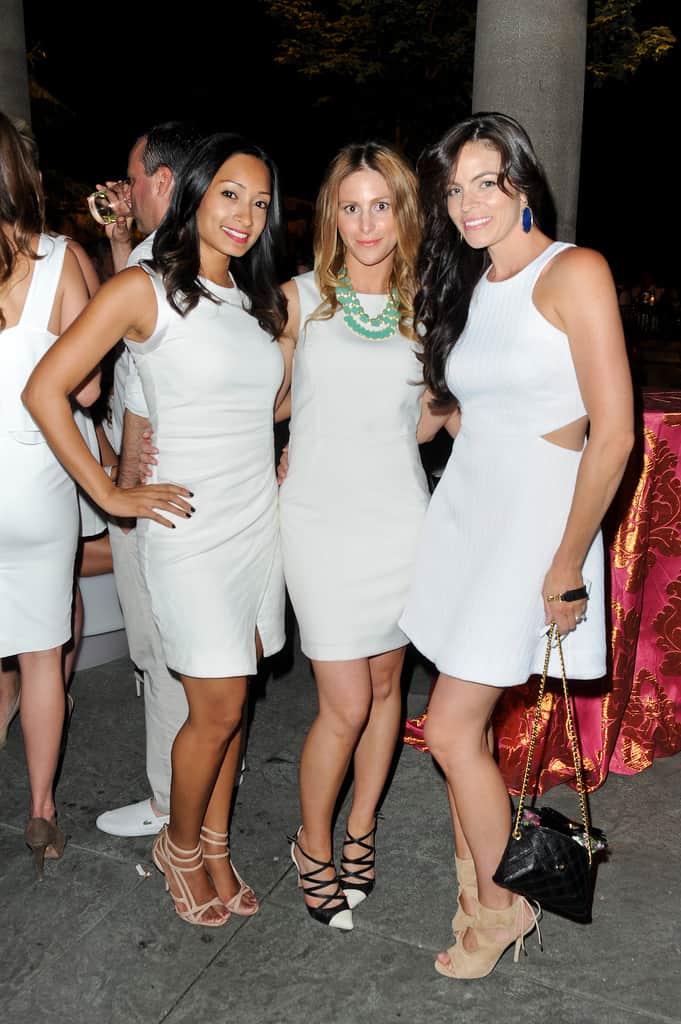 St. Joseph’s Summer Solstice in Support of the Just for Kids Clinic

When we were kids, parties were all about pizza and prizes. Bright coloured candy wrapped in cellophane was everyone’s take home loot. In our teens, the prize at prom was often a secret sip of liquor. Now the parties have a charitable foundation, and the hosts have upped the stakes; instead of a plastic toy, or even a prom queen crown, you can go home with a bright, summer white porsche. Trading in sour-keys for the aptly named whiskey sour, not much has changed—it’s still pizza and candy stations.

Last Thursday at the Summer Solstice party held at the Liberty Grand. Thrown by PR pros rock-it Promotions and presented by the Capital Street Foundation, financial types flocked to the venue to remember their prom-night schemes and live out their East Hampton dreams. The cause was dressed in all shades of white; everyone was here to support the Just for Kids Clinic, a pediatric walk-in for children ages 17 and younger, located at the St Joseph’s Health Centre.

Thick crusts and gooey cheese were replaced with sharp cheeses and chopped mini tomato; along with a thick sprinkling of sweet-sour sugar, the candy was laced with conceptual kitsch.  Glass bowls were filled to the brim with the kid-friendly treats, so that discerning adults could serve themselves. Also charmingly reminding us of our youth? A photobooth where young, ambitious corporate types could get snapped in all manner of plastic disguises.

If the chairless high-tables and bottle-service booths weren’t your thing, you could always escape to a concrete garden—which, with tequila based cocktails and a steel pan band, felt worlds-away from charming prom-pink kitsch.

With Bay Street in attendance, one can only imagine that deals were sweetened over drinks. The air had taken on that humid, balmy quality that only happens in June. The only thing missing? The saccharine smell of midnight flowers—perhaps honeysuckle of magnolia, though jasmine perfume comes close enough—perfuming the space with heavy lightness.

The longest day of the year is always celebrated by some equally long nights. Welcome to  kidulthood.