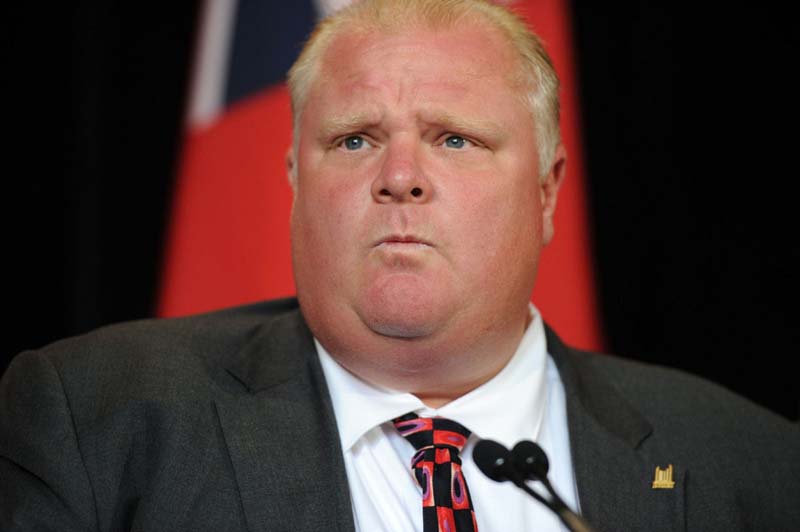 The tremors that have shaken our city over the past 12 days are about to erupt; the truths about drugs, death and corruption are going to spill, splatter and burn like hot lava.

Yesterday, I wrote about how the disturbing news, trickling from Toronto City Hall by the hour, resembles an episode of The Wire. My gut instinct was that the trail to find the missing crack video would indeed reveal blood and early this morning, The Toronto Star ran a story that indicates that even more gun violence could be linked to this scandal. Although Toronto Police have not outright said it, what began as a frenzied race to find a video now appears to have escalated into a homicide investigation. Anthony Smith’s death, that was marked as a gang related shooting, is now linking directly back to City Hall.

With rumours of more staff leaving today, will Rob Ford be the last man standing? Will he exit the building on his own or be escorted out in cuffs? These aren’t outlandish predictions, this is the potential reality that is both mind-blowing and stranger than fiction.

But what if he doesn’t leave? What if it takes months to collect evidence? This is where you and I can do something. Stand Up for Toronto – Let’s Demand Rob Ford’s Resignation is a public rally that has been organized by concerned citizen Chris Wright. Join us on Saturday, June 1, at noon at Nathan Phillips Square to let it be known that we will not tolerate this any further.