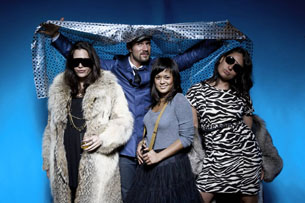 You know…there was a time that only one person at a party would have the foresight to bring a camera, and it was likely a disposable purchased minutes prior from Shoppers Drug Mart; a near novel idea to snap funny photos of jovial friends. Now, we are overwhelmed with countless albums entitled “RANDOM” and “laaaaaaaaame”. Will sticking our tongue out, sneering or appearing off-guard ever lose its lustre? Perhaps now, more than ever, it is important to recognize that there is an art to photography that is far more analytical than simply sticky martini fingers on a digi point and shoot. (but don’t get us wrong, we love that too!) 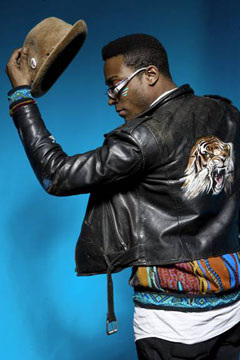 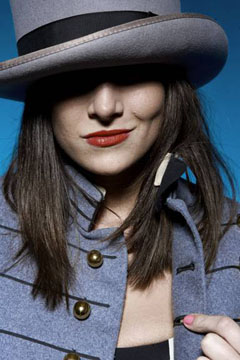 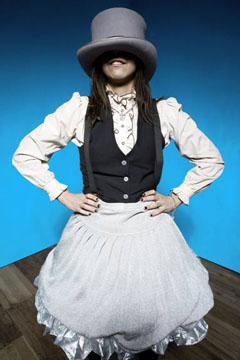 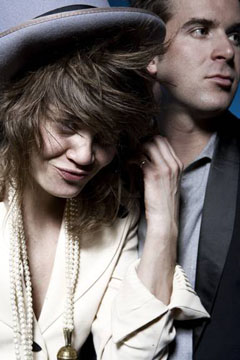 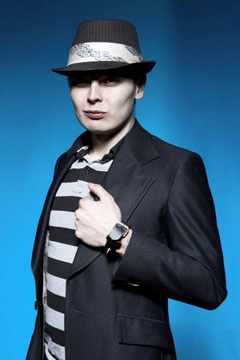 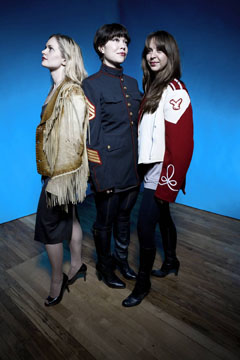 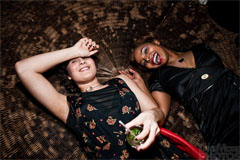 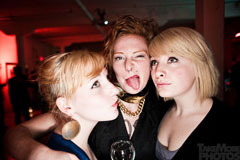 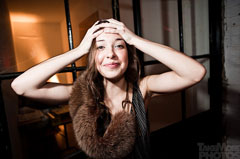 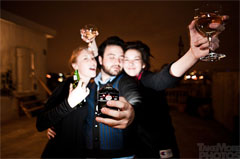 Last Thursday, The Contact Toronto Photography Festival held a fundraiser at the Burroughes Building entitled Still Revolution. There certainly has been an overthrow of social order when it comes to the still image, but in what context can we frame the evolution of this medium? In these fast times, what differentiates the photographer from the facebook photo-monger socialite? What about a professional model from an ordinary inebriated ham?

CONTACT’S yearly mission is to foster and celebrate the appreciation of photography. We’d love to tell you that everyone carefully took in the exhibits on display but the reality was that most just wanted to celebrate by dressing up like tipsy drill sergeants and posing provocatively for Alex vs Alex

That said we were awe-struck by the sexually charged work of Caitlin Cronenberg whose art is a collaboration with designer Rosemarie Umetsu. In 2008, Umetsu founded “ICONIC BEAUTY”, an ongoing project to celebrate the individual style and art of the Canadian Female Artist through fashion photography. For CONTACT this May, Cronenberg will exhibit Iconic Beauty II in 30×40 inch black and white, but lucky for us -a titillating sneak peek was on display at party. Kristin Booth, Jill Barber and Sarah Slean were just some of the notable ladies stunningly photographed by Caitlin in Umetsu’s designs. The images projected a far more complex and edgier take than the usual PR portrayals. It’s not surprising that daughter to the “King of Venereal Horror” has inherited a taste for the darker, lustier side of humanity.

When asked how parents have supported her work, Caitlin responded ““By always being there”. And there they were, unobtrusively showing their support huddled amidst the thirsty young fundraisers crowding the bar. For a girl with a two degree separation from Viggo Mortensen and the noted photographer for Bev Hills babe Shenae Grimes, Caitlin is pretty chill. You won’t find her in the limelight but may hear her jeer at a local pub during trivia night. In fact, of all the people at the party attempting a nibble at fame, Caitlin hardly appeared to be the focus of attention. A hard worker, her concentration is devoted to publishing her book of nudes, planning her debut show in Contact and then jet-setting to Spain for a summer in Barcelona or Madrid; undecided.

While we were chatting in the corner, Fritz Helder and The Phantoms were jazzing it out on the dance floor to live percussion, Kealan Sullivan was trying to hunt down which drunk broad took off with one of her vintage furs and Toronto Lifers were carefully eyeing the arrival of appetizers, courtesy of Marben. The celebration of photography was merrily blurred by throngs of twenty-something girls who were giddy playing dress-up. Topics of discussion ranged from “Am I showing too much tit?” to “Baby, I got no money” but collectively we cheered, “TAKE MORE PHOTOS!”

The grand finale to CONTACT REVOLUTION? The photographic street scene: “Can you take my photo holding this gift bag, with my shoe off next to this taxi? Oh wait, now with my pouty face! Close up on lube in my mouth. Now one with you and I holding tie together….like we are locked in. HELLLP! Ha ha ha – snap. What about if I balance the Porter Airline Magazine on my head and hold the pills in my mouth? That’s good – oh no, not that one. Oh no– why do you tilt it down? You gotta catch me on this angle! See? SEPIA! WOOHOO. Eww, what did I just step in?”

This coming May, may we suggest taking a moment to put down the camera and checking out the professionals at CONTACT? Get awed, get spooked, get sad, get overwhelmed and start a conversation. Re-acquaint yourself with the medium and the artists behind it. 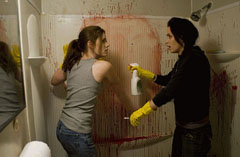 And now to celebrate the moving picture… enter to win a double pass to SUNSHINE CLEANING, Monday March 23 @ The Varsity, 7PM

From the Producers of Little Miss Sunshine comes another hilarious, while utterly dysfunctional, family drama – but this time with some added CSI guts and gore. People who have enjoyed Ghost World, The Squid and The Whale, JUNO, Little Miss Sunshine – will ADORE this film starring Academy Award Nominees Amy Adams and Alan Arkin. 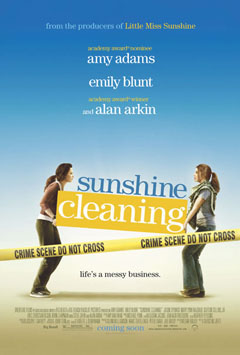