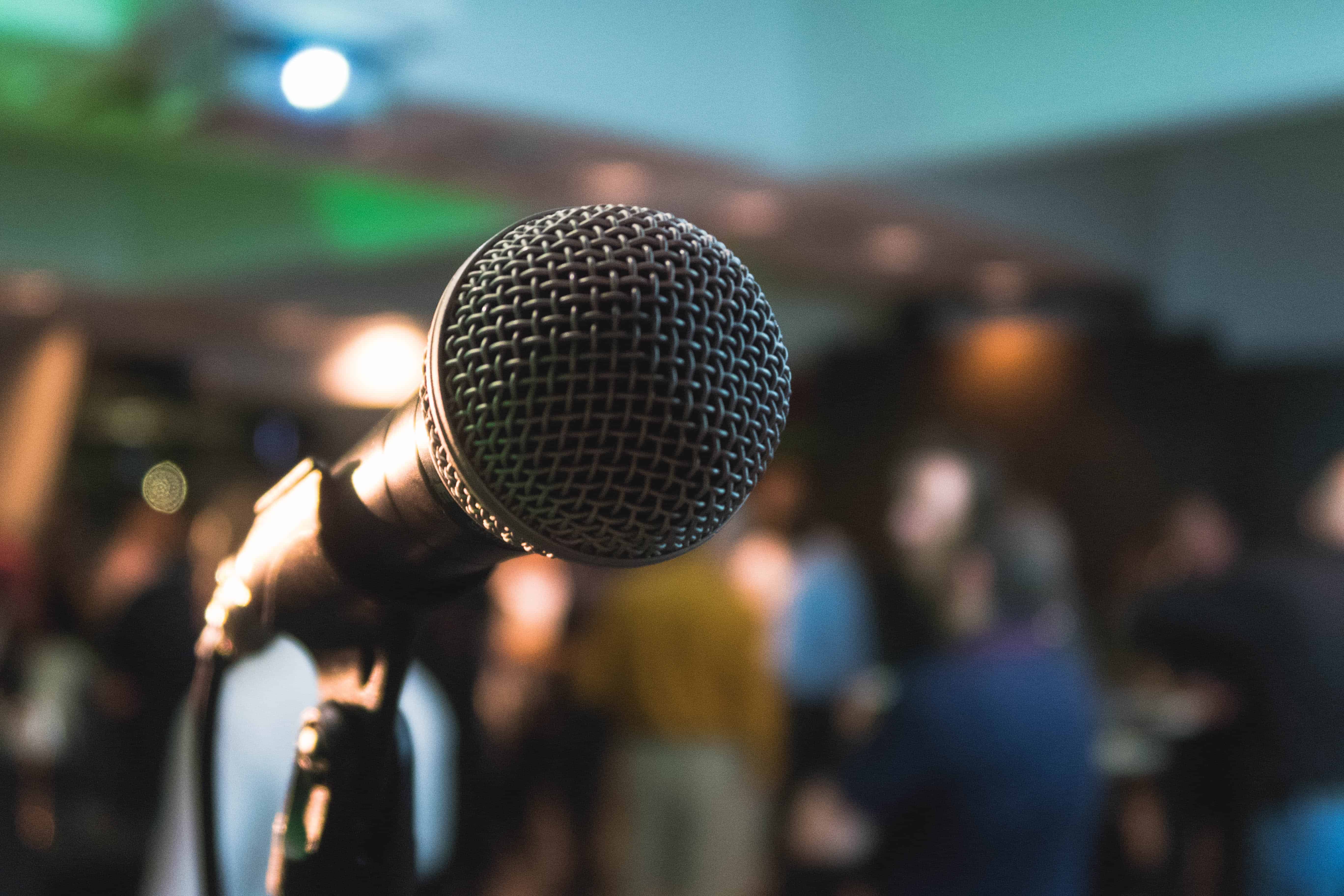 I don’t want to brag, but I have done a lot of therapy over the years.

I’ve tried talk therapy, CBT, CBD, support groups, exercise, and even crystals (have I mentioned I’m gay?). And while all of these things have helped, and given me tools to take better care of myself, there used to be more days than not when I would wake up in the morning feeling like a hibernating bear was sitting on my chest.

This bear is not cute, or cartoonish; it’s not about to burst into song about the joy of “The Bare Necessities.” Instead, this bear I speak of was more like an exhausting heaviness that I had to drag around with me everywhere.

In one of the support groups I attended, they would often say “you’re only as sick as your secrets.” But I didn’t have any major secrets that I could think of. Other than the slowly growing depression bear whispering all of my failings in my ear while waves of shame sloshed through my body.

I was doing stand-up at the time and it was definitely a space where I didn’t have to pretend I was happier than I was.  However, the relief I got from telling jokes on stage would be fleeting. In fact, the bear seemed to LOVE that I was doing stand-up. He got to hang out with his peers and drink cheap beer (Depression Bears LOVE Labatt 50).

Then one day I went to see a friend at a storytelling show. I went only because I had promised. It was a day where the bear was being particularly poetic with his critiques of every single thing I had said and done. I was dreading leaving home, but I pushed myself.

I went to the show fully planning to sneak out the back door once my friend’s set was over. But then person after person got up and shared stories from their lives, and suddenly the desire to leave left me. I began to feel at ease. Some stories were funny, some were sad, but I related to every one of them. I noticed that, as I continued to listen, the noise in my own head, or the bear telling me I’m no good, began to soften.

And then someone told a story that talked about some of the same mental health struggles that I had. The story was hilarious and with every laugh the bear would cross his arms and shrink by 15%. By the end of the story, he was teddy bear small.  He couldn’t even reach his Labatt 50.

I knew the bear wasn’t gone. But his constant refrain of “You’re broken. You’re the only person who feels like this. You’re a failure” had been proven wrong. Other people’s stories had proven that I was not alone in how I felt. I had found a tool that let him know who was boss. And I was not going to let that tool go.

I’ve kept going to therapy, I still use CBT tools, and 90% of the time I have a small crystal in my bra. But listening to stories, working with other people to find their stories and telling my own have changed the way I move around in the world. The friendships I have found in the community of storytellers, from all over the world, has changed my life.

Years later, I am famous (infamous?) for encouraging people to try storytelling. Even the person who thinks that they don’t have any stories.  Especially that person. Because I was that person, who felt alone, awkward, and ashamed. And now I’ve told my stories all over Canada and now—thanks to Zoom shows—all over the world.

You have something to share. And just like that person who told a story years ago and changed my life forever, you never know who needs to hear your story.

Erin Rodgers is a writer, storytelling coach and the co-producer of the upcoming comedic storytelling show “Crushed” on February 11th  at 7pm which features funny stories about love from tellers across North America. All money goes to Rainbow Railroad. Get your ticket at crushed.eventbrite.com. 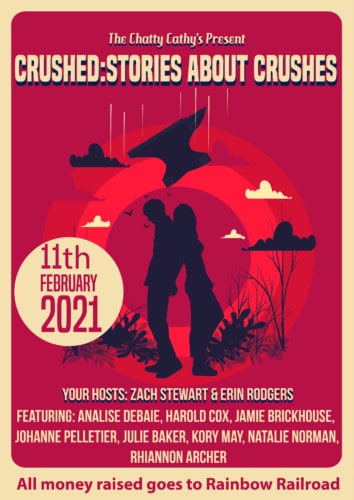