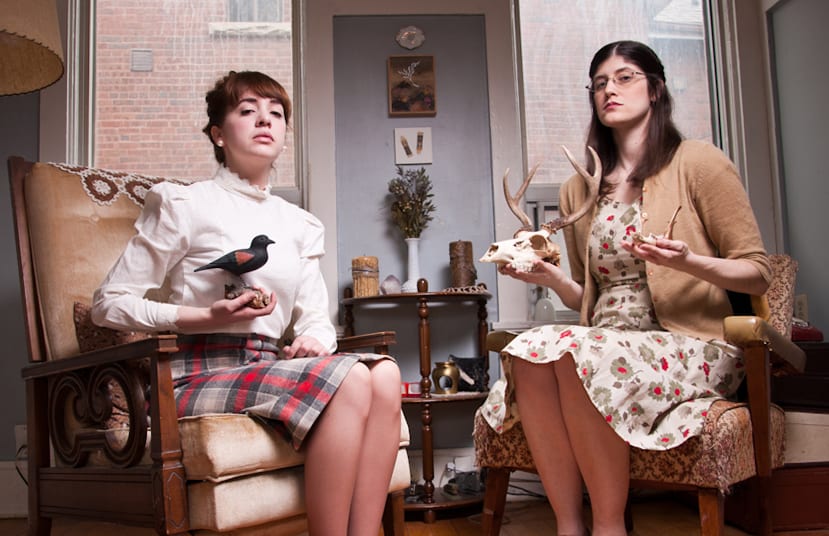 The Sufferettes Are Celebrating TIFF With A Film-Themed Comedy Show

“Looking for the hottest and most exclusive TIFF party? Surprise! It is an improv show being performed by two weird hags on top of a post office.”

Well goddamn if that isn’t just the best press release we’ve ever read. Canadian Comedy Award nominees The Sufferettes are, without question, one of the funniest comedy troupes the country—so well done, Canadian Comedy Awards nominating body, I guess, but mainly well done Kayla Lorette and Becky Johnston, oh my goodness you guys are so funny. If you’ve ever seen them perform, you know. If you haven’t, what on EARTH are you waiting for?

Thursday night’s multimedia show sounds like the perfect way to dip your toe into the film-frenzy currently gripping the city, or to skip out on yet another screening and take in something live.

“The Sufferettes Go To The Movies” starts at 8pm this Thursday, September 11th at the Bad Dog Comedy Theatre (845 Bloor St). Tickets can be purchased online or at the door.