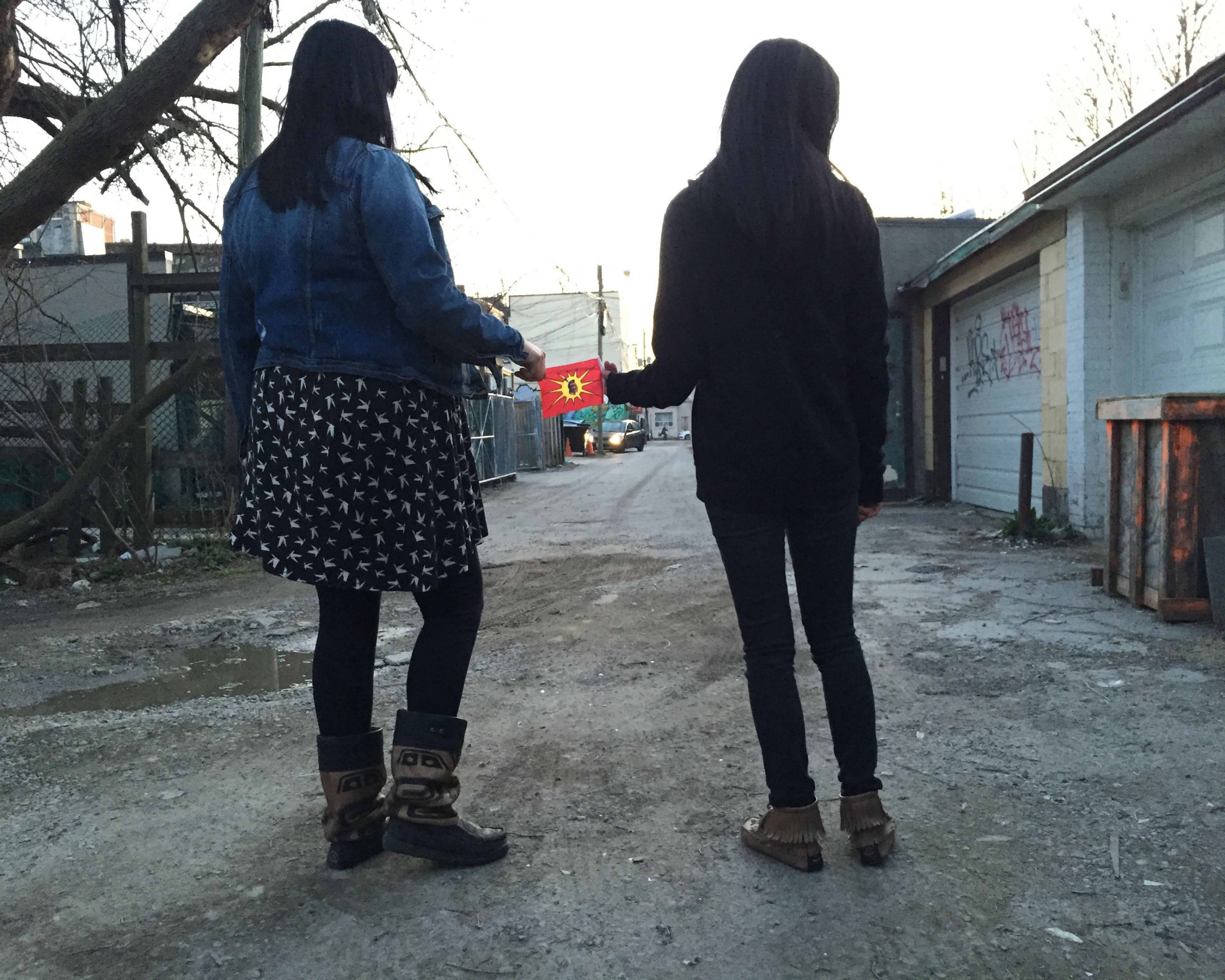 SummerWorks Performance Festival is all about new and adventurous works, offering a diverse and boundary blurring assortment of performances. Now, in its 26th year, the program includes 69 original pieces spanning theatre, music, live art, dance and more. In this series, we talk to this year’s emerging artists.

For this installment, we spoke with writer of Two Indians, Falen Johnson.

SDTC: What’s your play about?

FJ: Two Indians is about two Mohawk cousins, Win and Roe, who reunite in an alley in Parkdale to watch the moon rise. They have been apart for years since Roe left the Rez after an accident. They try to find their way back to each other, but have the years changed them too much?

Much of this play resonates with me. Most of my work comes from a very personal place. It is drawn from personal experiences and history. These characters speak to many of the struggles that go through my mind daily. It is rewarding to see them represented on the stage.

How’d you come up with the idea?

The piece first came about when I was asked to write a short work for Wrecking Ball, a political theatre event that happens in the city and occasionally across the country. I was asked to create something based on the Idle No More movement and that is where the seeds of the play began. The piece was performed to a sold-out house and the audience really responded to these two young women in an alley.

I put the project on the shelf for a few years but thought about it a lot. When I decided to go back into the piece I realized it was a way for me to explore my own feelings about where we are now as Indigenous people. So much has changed since Idle No More, and so much hasn’t. I really wanted to dive into what is happening now.

What were the challenges? Rewards?

This piece really challenged me as a writer. I wrote this event, the moon rising, and I put two characters in an alley and I wanted them to stay there until the moon came. That is all I really knew when I set out. What they spoke about was difficult at points. I worried about the things these women were saying. Was it too harsh? Were they too angry? Did the humour still come through? Some days I sat at my computer wondering what I had gotten myself into.

I think the most rewarding thing about this piece is the incorporation of memories and stories from my childhood. When you grow up on the Rez, your relationship to your cousins becomes more like a sibling relationship. I wanted this piece to honour my cousins and my siblings and I hope that comes through.

Oh boy. I want people to take away the understanding that we are moving forward and that in a lot of ways things are getting better, but that doesn’t mean complacency. Knowing and engaging are very different things. It’s an interesting time to be Indigenous in this country. I also want the audience to see two contemporary Indigenous women on stage. Being seen is so important.