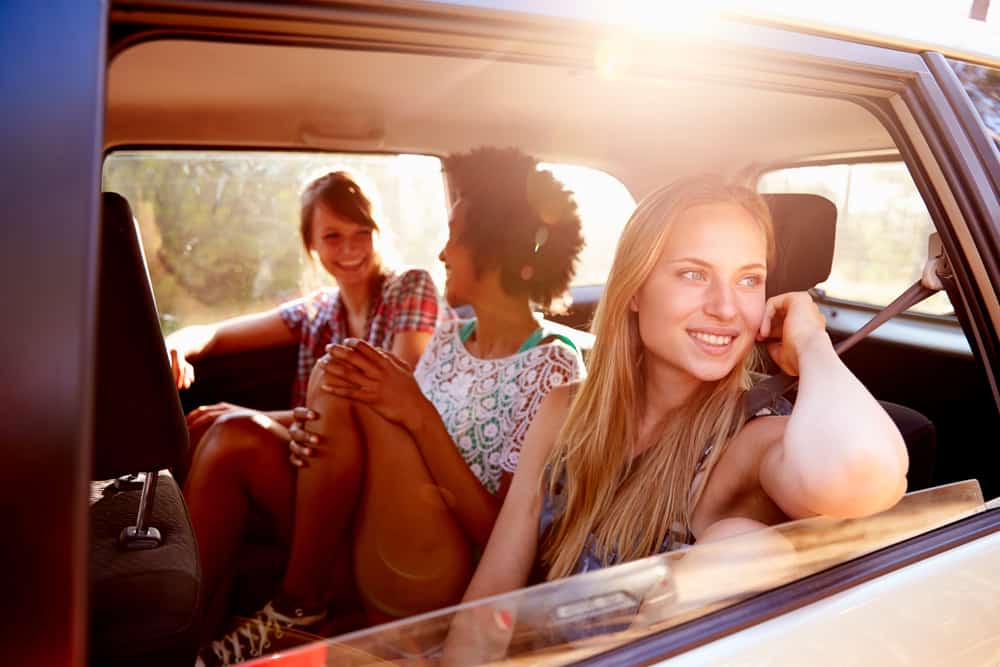 How To Have a Successful Road Trip with Friends

Eighteen hours is a long time to be in a car with people, be it strangers, parents or closest friends. You never really know what’s going to go down when you spend extended periods of time in a cramped, uncomfortable space with one another. It’s kind of like being stuck in a group chat in the era before you could remove yourself from them (aka the dark ages).

Here are some important things to consider before taking on such an endeavour.

Who decides on the music? One of my friends, for instance, would be perfectly content listening to Eddie Murphy’s classic “Party All the Time” on loop for the entire nine hours to Chicago, whereas I would gladly listen to Destiny’s Child and Spice Girls, leaving the car as an inspired SPF (Strong Powerful Female).

There are many things that create tension during long car rides, like talking about contentious issues of any variety. Don’t even get me started on political discussions. Here’s my short and not nearly all-inclusive list of topics you should absolutely 100% avoid if you’d like a peaceful car ride anywhere: gender politics, regular politics, religion, sexual preferences, Beyoncé vs. Rihanna and the list goes on. Seriously, no matter how tempting it is, or how bored you are, or how badly you’d like to explain your views on the dichotomy of Anti and Lemonade, avoid, avoid, avoid. Or don’t if you’re a masochist; it’s up to you.

So if you’ve experienced all of these things, as you inevitably will, and are STILL unscathed, there’s always the awkward “I have to pee” moment. You know, where you wonder if anyone else in the car feels the same and is not saying anything for the sake of not being the first person to break the sacred, unspoken “no pee breaks” pact. Then you finally pull over at a tiny gas station in Flint, Michigan, that looks like the start to a horrible Jeepers Creepers remake and you wonder if you were better off squatting in a bush on the side of the road. (In case you were wondering, you weren’t better off. Random gas station bathrooms are remarkably nice.)

Anyone who has been in a car ride longer than two hours know that car games are a very real way to alleviate boredom and brain inactivity. Because no one wants to be trapped with nothing but their own thoughts for that long. No one. I won’t lie to you; they’re a pretty great distraction. They stopped me from contemplating my quarter-life crisis the entire way to Chicago and back. They also taught me that my friends have some odd views on Michael Cera’s sex appeal and a weirdly deep knowledge of pop divas. Car games get a yay from me.

At the end of all of this, a long car ride with friends reminds you why you’re friends in the first place. Whether it’s a three-hour ride to the cottage, a nine-hour ride to Chicago or twenty-two hours to Florida (but why tho?) there’s nothing like going through the motions of a road trip to reaffirm the solidity of a relationship. Yes, you may argue over music and shake your first at the one who always stumps you in the alphabet game, but ultimately they agreed to a last-minute weekend getaway to help you momentarily escape all life’s problems, so you know they’re pretty special.