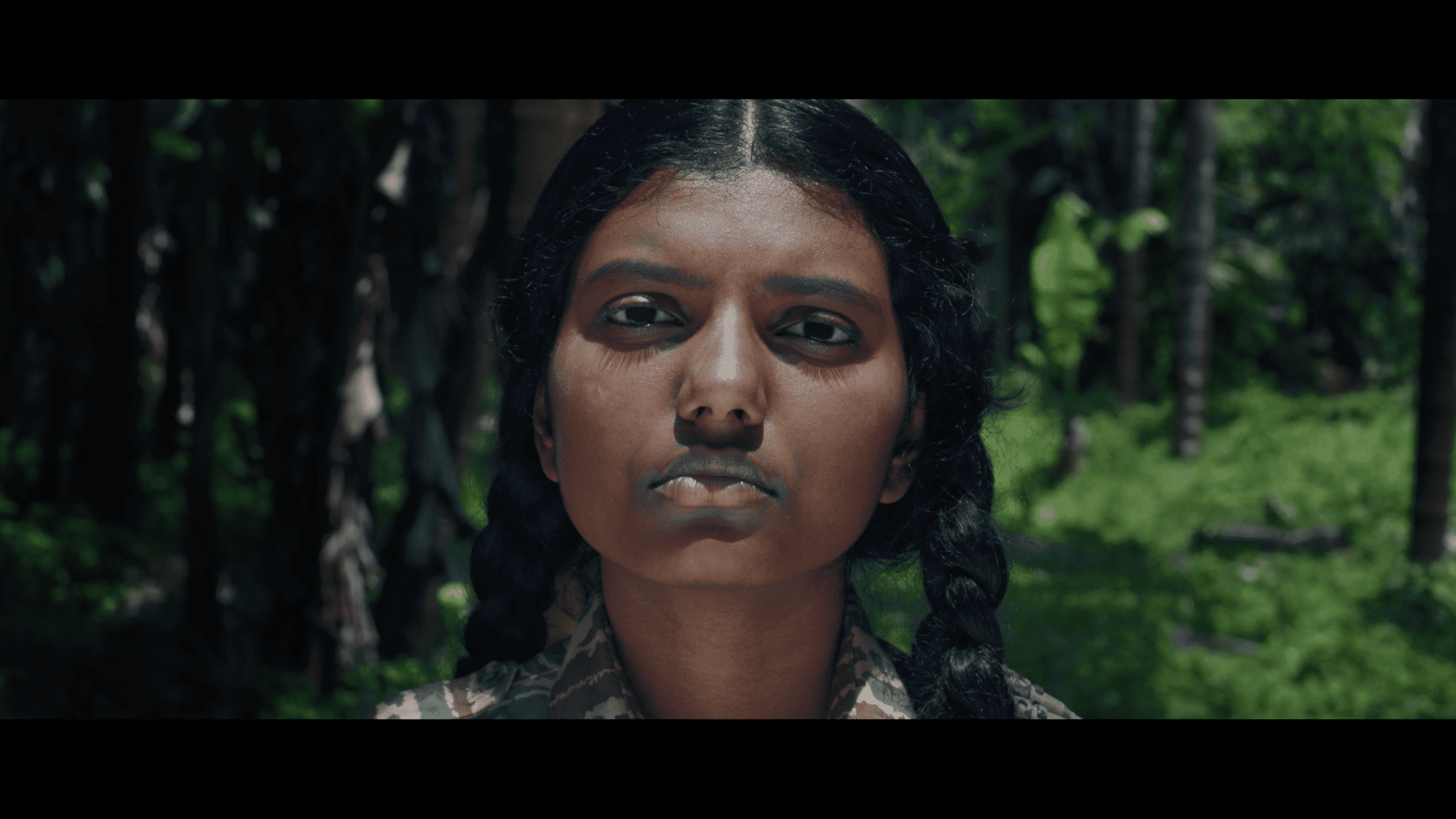 "As a young woman of colour growing up in a white suburb, I was often classified as the 'bad one' by my peers and teachers. Instead of fighting against these stereotypes, I chose to embrace them as a teen and started acting out."
Film

Award-winning filmmaker Maya Bastian’s Tigress follows the fast-paced and drug-fuelled existence of a young woman named Trina (Anne Saverimuthu), who encounters another version of herself as a paramilitary fighter for the Tamil Tigers. One drunken night, she begins questioning the ways in which we rebel and her sense of western privilege collides with the reality of her ancestors.

“Tigress explores the phenomena of militant rebellions. It addresses the disparity between diaspora youth who rebel with drugs and partying and the youth who rebel by arming themselves and going to war,” says Bastian.

Tigress is a story about choices, lack of choices, identity, privilege, and revolution. Exquisite cinematography takes audiences from a packed neon-lit nightclub to the shores and jungles of Sri Lanka, ever questioning the possibility of an alternate universe. No matter what your background, Tigress will have you wondering what life would be like if you were born and raised elsewhere.

We connected with Bastian to find out the backstory behind her powerful film. 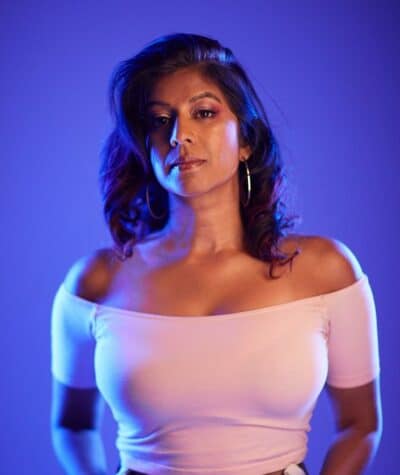 Tigress is a story I have had in my heart for a very long time. I first wrote it over ten years ago when I was in Sri Lanka shortly after the war ended. I had spent a lot of time in the Northern Province speaking with people who had been directly affected by the conflict. I often would come home after a long day in the field and stare at myself in the mirror, questioning who I would be if I had grown up in these circumstances.  What choices would I have made differently and where would my life have taken me? I wondered if I would have joined the rebel movement, as so many young women did.  When I sat down to write, this story just poured out of me.

How did it feel to make Tigress? To get this story out of you, and into the world?

It was a very moving process for me personally. It’s always mind-blowing to see something you’ve written and poured your heart into make its way into the world.  Not to mention the creative collaboration that I got to engage in with so many talented people.  Anne Saverimuthu, the lead actress in particular, helped me to form the character. As two Tamil diaspora women, we had so many deep realizations together surrounding our identity.  And now, to have other young diaspora people tell me that it resonates with them…wow it feels like I have truly come full circle with this story. 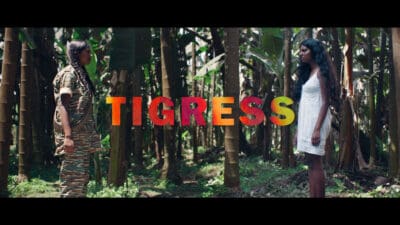 What does rebellion look like for you? Did exploring this subject make you think about it differently? Or who a rebel is?

This story for me is really looking at the ways that our privilege in Canada allows us to rebel through drugs and partying whilst someone in a conflict zone may choose to rebel by arming themselves and going to war. Exploring this has definitely helped me accept my rebellious side.

As a young woman of colour growing up in a very white suburb, I was often classified as the ‘bad one’ by my peers and teachers. Instead of fighting against these stereotypes I just chose to embrace them as a teen and started really acting out.  It was just easier to be what they were telling me I was. Now that I’m older, I’m choosing to honour the part of me that goes against the grain. It has taught me so much about self-acceptance and integrity. And it shows me that true rebellion is about fighting  a system that tries to discriminate against you.

What did you hope to clarify about Tamil Tigers in Tigress? What misunderstandings do you want to shed light on?

This is a big question with a lot of varying perspectives. And I definitely don’t feel that I’m an expert in any way, I just know what I have seen and understand. For me, I think it’s important to understand why someone would make the choice to join a militant rebellion. I don’t think it would be an easy choice, you have to say goodbye to your friends and family, spend long weeks and months in difficult conditions and potentially sacrifice your life for the cause. Yet thousands of young people the world over choose to join rebel groups.

While I do not in any way endorse the violence and corruption that the LTTE (Tamil Tigers) participated in, my work in Sri Lanka has shown me that the lower ranks were made up of young men and women who really wanted to feel empowered in a system that was designed to disenfranchise them. The Tamil people have suffered from inequitable treatment for a long, long time in Sri Lanka. It makes sense to me that after years of witnessing atrocities committed against your own community, a person may want to reclaim their power through the only option they are given. 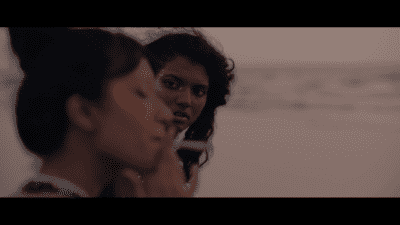 What is the biggest lesson that making this film has taught you?

Making Tigress has taught me to think critically about the stories that I want to tell, and to consult and discuss with community members along the way. The topics that the film addresses are nuanced and not easy to unpack. I really needed to take my time with this story and consider how it would be received.  I’m all about pushing boundaries and exploring the unexplored…but I am learning as a filmmaker to pace myself and spend time in deep contemplation about the things I’m trying to say.

Your film is screening at Reel Asian, what does that mean to you?

Reel Asian is incredible!  I’ve watched them really grow over the years into a supportive community with world-class programming. I used to go to their free workshops back when I first started making films, so it’s truly an honour to be having our hometown premiere at this wonderful fest.

I hope people will come away from this film questioning what we think we know about war and global conflict. We are often told that war is black and white, this side against that side. But the reality is that there are many shades of grey. We cannot judge a person for the choices they make when their entire lives are put at risk on the daily. I think the best we can do is try to understand why.

TIGRESS was supported by the Netflix/CFC Calling Card Accelerator as well as the Northeast Filmmaker Lab. The film was nominated for a Canadian Cinema Editor’s Award (CCE) and selected for Telefilm Canada’s  Not Short onTalent at Cannes Court Metrage. TIGRESS will screen at the 2021 Reel Asian Film Festival from November 10th – November 19th, 2021. Watch the trailer here.

"As a young woman of colour growing up in a white suburb, I was often classified as the 'bad one' by my peers and teachers. Instead of fighting against these stereotypes, I chose to embrace them as a teen and started acting out."