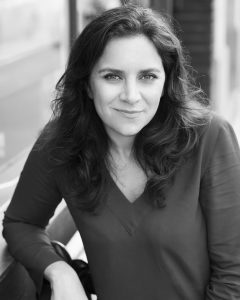 TEDxToronto 2016 Speaker Spotlight: Duana Taha On What’s In A Name

Duana Taha (author and self-professed ‘name nerd’) brings us hilarious, insightful, and surprising truths about names while upturning prevailing stereotypes about culture and class in her book The Name Therapist. Duana will be presenting her talk at this year’s TEDxToronto 2016 on October 27 at Koerner Hall, Telus Centre for Performance and Learning.

SDTC: Why do you consider yourself a name nerd? What is it about names that you find so interesting?

DT: I’m a TV writer, and I’ve always been interested in families, in birth order, in the way where you’re from shapes who you are. Names carry perception, history, attributes and characteristics, so what your family chooses to call you tells me a lot about where you’re from, which can be a window into who you are today.

The ‘nerd’ aspect comes from my friend Elaine “Lainey” Lui, who referred to my name columns that way when I started writing them on laineygossip.com a few years ago, because they seemed hilariously in-depth to her; however, years later, we’ve learned there are a lot more name nerds out there than anyone ever suspected…which is great!

Can you describe your relationship with your own name?

My interest in names is absolutely born of my relationship to my own unusual name, Duana. When I was growing up, I quickly learned that my name seemed absolutely crazy and outlandish to some people who looked at me and expected that I would be called Tracy or Heather or Michelle.

I resented my name as a kid, since it seemed to be the thing that kept me from fitting in, right up front. No mugs or pencils with my name on them, ever!

But as I grew older, I realized being set apart by my name, or even having different expectations on me as a result, made me feel like I was unique without trying too hard, which was something a lot of my peers struggled with. Plus the focus on my name made me interested in others, which spawned the idea for my book, and for this talk!

In your research, what have you come across regarding names that has particularly surprised you?

Mostly, how few names are deemed ‘acceptable’ in North America. We know about the callback gap, which unfairly penalizes qualified applicants for jobs who don’t have Western, ideally male, names, but there is even bias against names that are seen as unusual, or which are seen as too outlandish or decorative. We all study Shakespeare in school, and ‘Juliet’ or ‘Bianca’ are considered normal, usable names, but if you tried to name someone Petruchio or Octavius, you’d be seen as ridiculous and over the top.

I am also surprised at how often immigrants to the U.S. are strongly encouraged to anglicize their names. In Canada, it seems we do a better job of accepting people’s ‘birth’ names, or at least don’t push as hard for immigrants and visitors to make it ‘easier’ on English speakers to say their names.

What can we look forward to in your TED talk?

First of all, I’m looking forward to proving the importance of names overall. Sometimes people talk about them as thought they’re frivolous, or the province of women; we say “baby names,” but we don’t grow out of them the way we do baby clothes or baby toys. I’m also going to offer some “name therapy” to people who may not have realized they had such strong feelings about their own names and now need to know what to do with them!