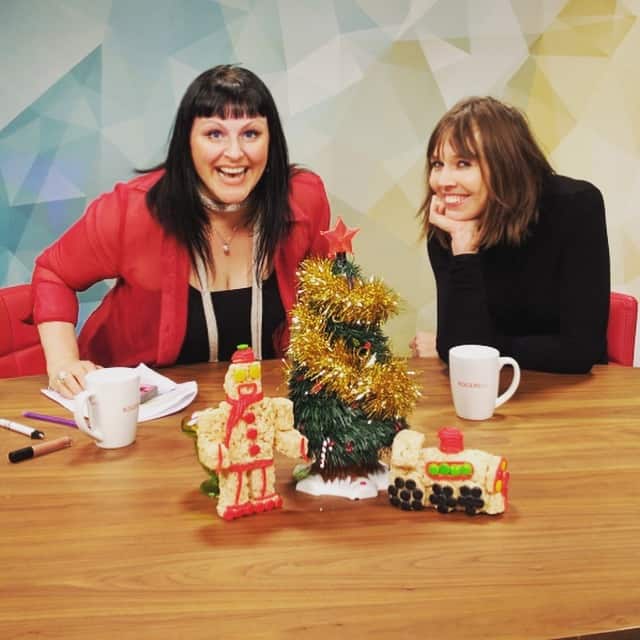 Thank You To Everyone Who Supported #TreatsForToys!

This was the first year I got involved with Rice Krispies’ annual #TreatForToys program and I have to say, I had a total blast. From the get-go, my involvement to help spread awareness was a no-brainer because a) I’ve always loved Rice Krispies, b) every Canadian child deserves to unwrap something special on Christmas morning, and c) teaching kids about giving back and helping their community is so important, especially at this time of year. What I didn’t know was how much fun I’d have!

It all began with me designing my very own #TreatsForToys at home. As someone who possesses zero baking skills, and would never even attempt to recreate Pinterest-starred recipes, I was quite proud of my creations. (I mean, with three ingredients, you really can’t mess up.) 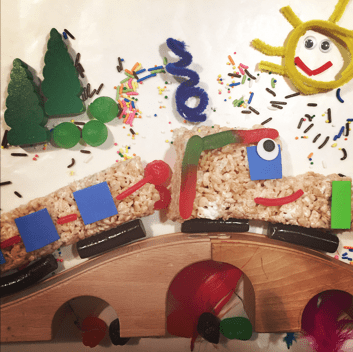 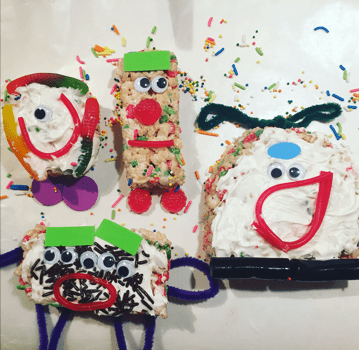 Then there was a kick-off in Dundas Square, where I had the opportunity to dance with Snap, Crackle and Pop. 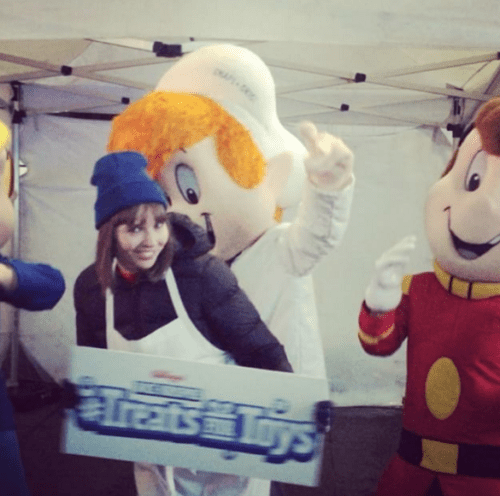 Following, I began a media blitz, which included visiting several TV stations around the GTA and a Skype interview with CTV Northern Ontario. Many laughs were shared regarding my learning curve on how to present on-air. 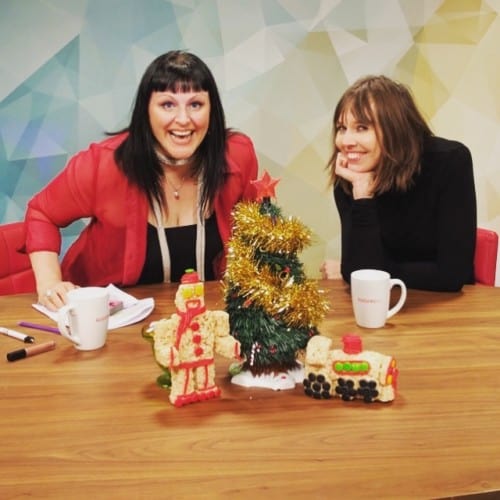 Whooping it up with Rogers Mississauga host Kat Leonard, who was gunning for a bite of my train. (Sorry I swiveled in my chair and caused my mic to fall on the floor.) 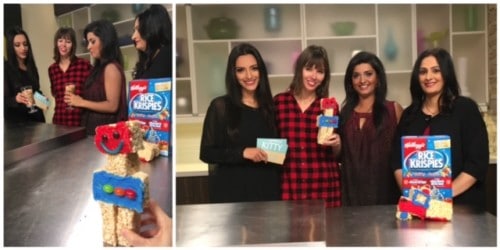 The ladies of Kitty Talk on OMNI named my robot Davinder. (Whoopsie, his arms fell off on air.) 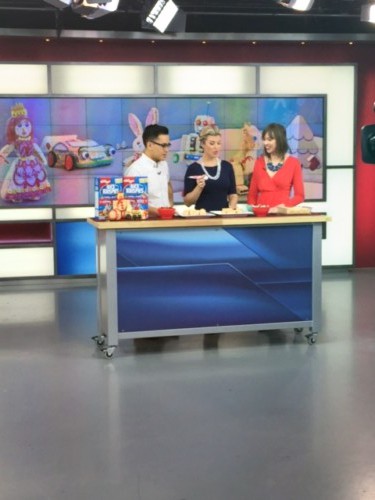 Gee Jen, maybe you should open your eyes when you’re on one of Canada’s most-watched morning shows.

I met a lot of new friends, snooped around green rooms, and got a little more confident talking on air each time.

However, without a doubt, the most fun I had was trekking up to Thornhill for a giant toy drive! In one corner, a children’s choir was singing and dancing to Feliz Navidad, in another corner, teams of Lowe’s employees and members of The Salvation Army were stacking a wall of toys while I helped dozens of kids create their own #TreatsForToys. Amidst all the holiday hoopla, CTV’s Tom Brown ran across the gym to get clips of cheer for the evening news. 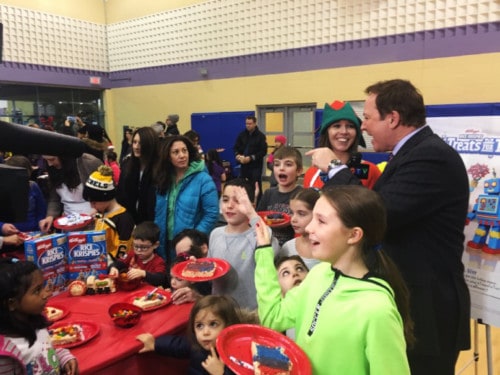 Watching it all unfold felt like a scene in a beloved holiday movie: the best kind of madness you could hope for, and all for a worthy cause.

The last day to participate in #TreatsForToys was this past Tuesday, so thank you to everyone who got involved. With just three days until Christmas, it’s nice to know that so many Canadian children coast-to-coast will benefit from the holiday fun you shared.

Wishing you and yours a very Merry Christmas and a 2017 full of sticky fun! Until next year. 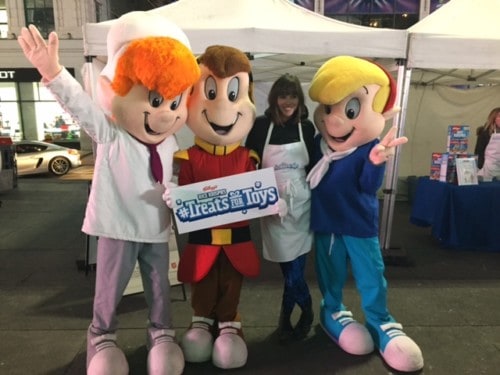