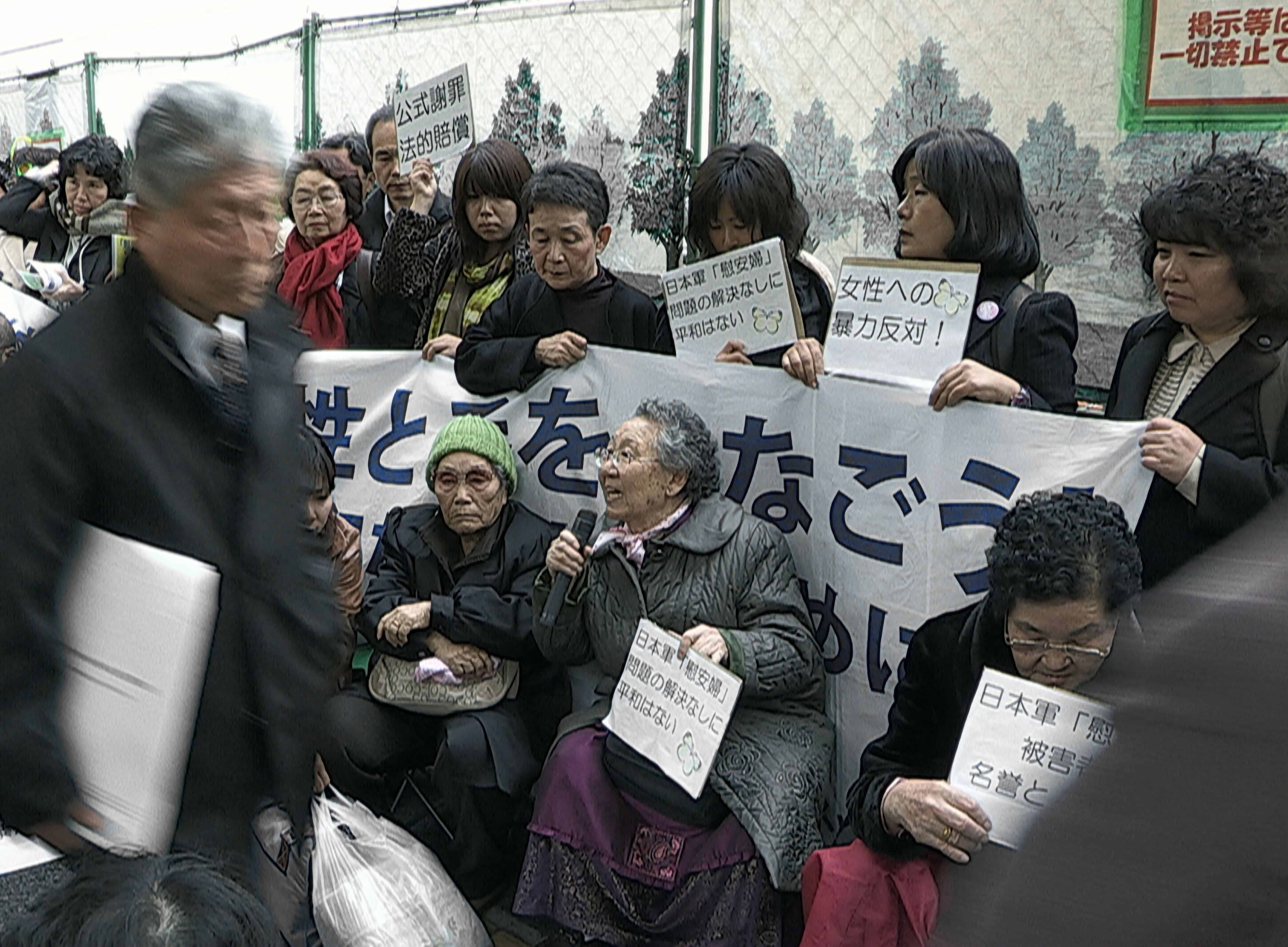 The Apology: Exacting Justice For Survivors of Sexual Violence

They waited until their husbands were dead to reveal the fact that they had been systematically raped. Some were violated upwards of forty times a day.

Two hundred thousand women and children were forced into sexual slavery as ‘comfort women’ for the Imperial Japanese army before and during WWII. Tiffany Hsiung’s documentary, The Apology, illuminates the plight of these women while documenting their twenty-five year fight for justice. The women, now elderly grandmothers, are demanding restitution from the Japanese government. While filming them over the course of six years, Hsiung faced her own demons as a survivor of sexual violence.

“There’s a sense of urgency that really drew me to this,” says Hsiung. “This issue hasn’t been resolved. It’s not a historical issue. It’s a now issue.”

Comfort women were either abducted or lured from their homes with promises of work; they came from Korea, China, and the Philippines, Burma, Thailand, Vietnam, Malaysia, Taiwan, Indonesia, Malaya, Thailand, Burma, New Guinea, Hong Kong, Macau, French Indochina and East Timor. Three quarters of comfort women died (as beatings and torture were commonplace), and most survivors were left infertile due to sexual trauma or sexually transmitted infections.

“Every Wednesday, they protest,” says Hsiung. “Under the hot sun, cold weather, rain or shine, these eighty-nine-year-old grandmothers are demonstrating. Demonstrating for an apology, demonstrating to have their demands heard, to have this recognized in history textbooks.”

So far, their demands have been met with mealy-mouthed apologies, a ‘sorry-not-sorry’ excuse for reconciliation. The Seattle Times suggested that the so-called apology (directed to the South Korean government, not to the women themselves) was more a self-interested matter of preserving international relations than it was real penance. “This is not what the grandmothers wanted,” says Hsiung. “The grandmothers do not accept this, and they’re still fighting.”

“The Japanese government wants them to stop talking about this issue,” she says. “But could you imagine if the grandmothers were able to have a government be accountable for their war crimes? For their atrocities? For their human rights violations? For how they committed these wrongs? Can you imagine what will happen? That means other situations like this, similar to this, have an example, have something to fall back to.”

Hsiung points to ongoing sexual slavery the world over; in Bosnia, in Congo, and right here in Canada. “It’s still around us. They’re fighting for us. What they’re doing is for the next generation.” 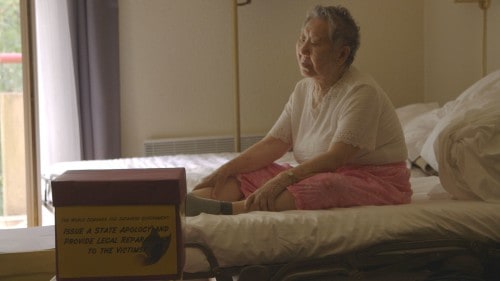 Hsiung’s own past drew her to the plight of these women. When she first revealed the sexual abuse she suffered to Grandma Adela, she told her, “You have to remain calm, you have to remain strong. And always remember, truth will set you free,” says Hsiung. “Because I was going through a trial at that time, I took that with me.”

Watching Grandma Gil testify her story over and over again, to anyone who would listen, also gave Hsiung courage. “When it was time for me to testify myself, I had that strength. I had that example. It wasn’t taboo. It wasn’t embarrassing. I felt like I could do it.”

“The whole trial altogether lasted eight years,” she says. “I went through the justice system and it’s absolutely crap – what they make you go through, what they make you try to remember. The fine details when you were eight years old.” In the end, her testimony was inadmissible. “They couldn’t use it because there were discrepancies between what I said when I was ten and what I said when I was twenty-three.”

She describes a sinking feeling. In the end, it was her sister’s testimony that got her abuser to serve the very minimum. In the end, he was imprisoned for a little over a year. “It’s so bullshit. And that’s what’s wrong.”

Hsiung believes we need to re-examine the penal system. “Someone who commits fraud will spend more time behind bars than someone who is a sex offender,” she says. “It shows you what our priorities are as a society.” She points to the psychological trauma that survivors experience through the court system, and how lenient the laws are on offenders.

She also wants to shift how we approach sexual violence on all levels, right down to the family unit. “The sexual abuse I experienced, I couldn’t talk to my family about it,” she says. “It’s so taboo. Not just among Chinese families but many different families have their own taboo around what to talk about and what feels embarrassing and shameful. We need to change that. We need to be able to know the right time to talk to our kids about that, to make sure it’s not shameful to bring that up.”

She wants us to keep the conversation going, not just as a trending hashtag, but to exert pressure on the powers that be to do better. We must have the punishment fit the crime. And we must create new institutions and systems to support those who have experienced sexual violence.

Grandma Gil has agreed to come to The Apology premiere at Hot Docs. She is eighty-nine years old and has never been to the movies before. “She’s going to fly to Toronto and sit in the cinema for the first time and see her own film.”

Hsiung wants this film to carry the grandmothers’ legacy of strength and resilience for the next generation. “They show us what a lifetime of shame and silence leads to, and they taught us the power of coming out and speaking out,” she says. “I hope it teaches the people around survivors how they can be supportive. I hope this film makes change, not just for the issues that the grandmothers are fighting for, but change within ourselves. In how we look at these issues of sexual violence and the aftermath. Change needs to start with us first.”