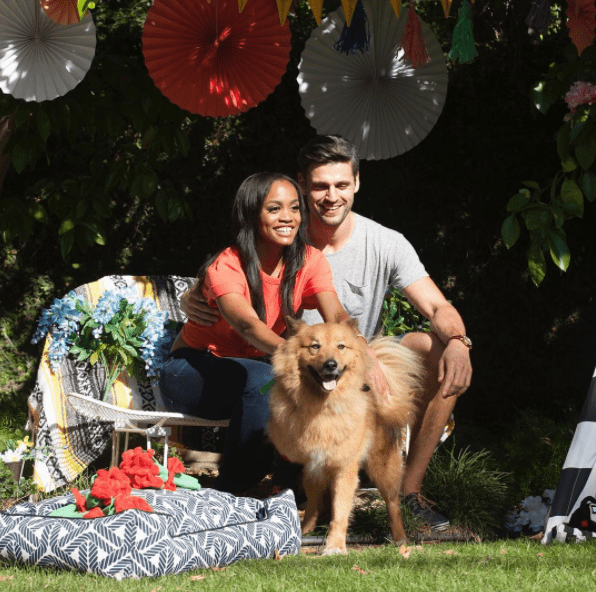 So we’re two episodes deep and they may as well rename the show to “Toxic Masculinity.” There was shoving, there was shouting, there was infidelity! Poor Rachel deserves so much better than what’s on offer here.

This installment, we were treated to the first group date of the season. It featured a bizarre relay race called the “Husband Material Challenge.” It required the men to race around holding fake babies and getting fake dinners on the table. Not surprisingly, this was a terrible way to determine the men’s husband potential. I know that because Lucas (AKA Whaboom Dude) won the challenge. In addition to being asinine, Lucas is also violent. What a catch!

After the violent relay race, the gang headed to a bar for drinks. Rachel found this portion of the date lacklustre, complaining her conversations with the men were “mundane.” That opinion didn’t surprise me, because that date was boring AF to watch. Rachel found the men unromantic, telling the cameras she prefers suitors who take charge of the situation.

While there was little sexual tension on the group date, there was tension between Blake and Lucas. Blake apparently believes Lucas is not on The Bachelorette for “the right reasons.” He suspects him of being on the show to further his Whaboom-related agenda. This confrontation ended in a lot of incoherent shouting, but with no real resolution. The Blake vs. Lucas rivalry is a theme to which the producers will most definitely return.

Thankfully, things got slightly more exciting for Peter’s one-on-one date with Rachel. Peter is the dreamy, gap-toothed personal trainer who calls Wisconsin home. While their conversation was dull (he and Rachel literally discussed orthodontia for most of their outing), the idea for the date was the best thing I have ever seen. The pair boarded a private jet bound for Palm Springs and escorted Rachel’s dog Copper to Barkfest!

Barkfest is exactly what it sounds like: a festival that is sort of like Burning Man for dogs. There were so many adorable canines I thought I might die of happiness! I am planning a trip there immediately. If you know of any good airbnb options in Palm Springs, please DM me on Twitter.

Peter, for his part, was strategically smart on his one-on-one date. While not a sparkling conversationalist, he focused on his strengths. First, he petted Copper, and ended the night by petting Rachel. Peter looks like a very talented kisser.

Next came time for the episode’s second group date. The men assembled were divided into two teams and required to play a basketball game. The producers really went whole hog for this event, because the dudes had none other than Kareem Abdul Jabbar as a mentor!

DeMario distinguished himself as one of the best players on the court, and later proved to be an even bigger player off the court. You see, his girlfriend Lexie showed up to confront him. Apparently he neglected to break up with her before going on the show. Lexie even had the text messages to prove it.

DeMario’s douchery did have a silver lining, however. It provided our girl Rachel with the opportunity to show off her considerable cross-examination skills. DeMario got totally lawyered and was swiftly sent packing.

The episode concluded with the weekly cocktail party that precedes The Rose Ceremony. This soiree is theoretically a chance for the men to mingle with the titular bachelorette one last time before she decides whom to keep around. But in practice, it has become an excuse for to watch men behaving badly.

This week’s cocktail party showcased some particularly appalling behaviour. DeMario, who had just been sent home for his unfaithful ways, decided to crash the event. He insisted he needed another opportunity to plead his case. I’m not sure why. At the point when your girlfriend has shown up with a bunch of read receipts, it’s pretty much over.

Anyway, the episode ended on a cliffhanger, with Rachel heading out to confront DeMario yet again. I do not endorse Rachel’s decision to speak to the sketchy DeMario; however, Rachel insisted she was too “curious” not to. She is a dog person, so she may not know how “curiosity killed the cat.”

Now please excuse me while I Google every single item of clothing Rachel wore last night.