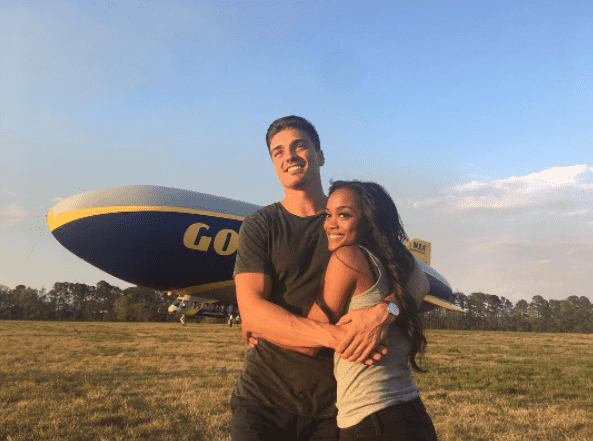 So normally I find The Bachelorette an amusing trifle; however, this season is rife with ageism, sexism and racist micro-aggressions that look poised to escalate.

At this week’s Rose Ceremony, our girl Rachel had a bit of a breakdown. While wearing a stunning, sparkly, floor-length gown, she wept. She explained to producers off-camera how being the first black Bachelorette has taken its toll on her. Rachel relayed her fear that the public will “judge her” no matter whom she picks. This makes the weekly eliminations that much harder, as her choices will be dissected the way white Bachelorettes’ picks have not been.

Indeed, I understand Rachel’s concerns. Whether she chooses a man of colour or a white guy, her season has been deeply politicized. There has been much written about the significance of the first black Bachelorette. And of course, representation is an important thing that should be discussed; however, when the goal of the show is for Rachel to find love, should we really critique her for the race of the person she happens to fall in love with? I do not believe we should.

At the same time, when we live in a world where no man of colour has ever won The Bachelorette – or been cast as The Bachelor – I understand why many viewers would be eager to see a black man take home the finale rose. But should the onus be on Rachel to make that happen just because she is black? I don’t think that’s a fair expectation to place on her.

Rachel is navigating a minefield of race politics by virtue of being what the great Shonda Rhimes refers to as an F.O.D. (First. Only. Different.). When someone becomes a pioneer in the entertainment industry the way Rachel has as the first black Bachelorette, the pressure to please all people at all times can be overwhelming. Hence, Rachel cried in her fancy party dress.

While Rachel managed to recover from her tears, discussions of racism gave way to ageism. After she selected twenty-five-year-old techie Dean for a one-on-one date on the Goodyear Blimp, the guys scoffed. It seems they believe he is too young for thirty-one-year-old Rachel.

Here’s my gripe with the idea that Dean isn’t a suitable match for Rachel because of his age: it’s a total double standard! Nick Viall, the most recent Bachelor, was seven years older than Vanessa Grimaldi when she won his season. The runner up, Raven, was a full eleven years his junior. Age was not a major theme in Nick’s courtship of either woman, so why the hell can’t Rachel end up with an adorable, successful guy who just happens to be slightly younger than she is? It’s not like men haven’t been shacking up with younger chicks for centuries!

After watching Dean share the story of his mother’s untimely death from breast cancer, I was sold on their connection. Unlike most dates on the show, where competitors pretend to bond with the lead over sad personal stories, Rachel and Dean looked like they were actually connecting. Rachel’s look of concern was touching and genuine.

After their date, Dean is officially my frontrunner. In fact, I think Rachel picking Dean would be good for feminism, directly issuing a challenge to the double standard about women dating younger men.

After her blimp date with Dean, it was time for the episode’s group date. Now, the date started out looking like fun, taking the form of a booze-filled boat cruise. The gentlemen even held a spontaneous rap battle! Sadly, however, this good time was curtailed by the world’s least challenging spelling bee. All I have to say is this: What the hell were the producers thinking? It was more boring than a baby shower, and I strongly dislike attending baby showers.

At this spelling bee, the dudes were asked to spell words like “squirt.” I am not making this up! It was less challenging than most fourth grade spelling quizzes. In the end, Josiah won the competition by correctly spelling “polyamorous.” How is that a hard thing to spell? It is a word everyone who has ever had an OKCupid profile knows! I feel like the producers phoned this one in.

It was following the spelling bee when things got more heated. You see, Lee is sadly still on the show. You may know him as the Trump supporter whose racist, sexist Twitter comments made headlines last week. Sadly, poor Rachel doesn’t know he’s a bigot who believes in “alternative facts.” That’s information she doesn’t have at her disposal, and he’s currently snowing her over.

Lee not only has a regrettable Twitter persona, he is proving a corrosive presence in the house. He is currently engaging in racist micro-aggressions, referring to contestants of colour as “aggressive” when there is absolutely no evidence they are aggressive. Judging by his racist tweets comparing black activists to the KKK, I’m not surprised he is unjustly perpetuating harmful stereotypes about black men as violent. I’m praying he gets the boot next week.

The episode ended with a trailer for next week’s installment, which suggests Lee gets into a physical altercation with Kenny. Apparently Lee’s racist brand of toxic masculinity will be on full display. I feel truly horrible for Rachel that this is the sort of guy she has to consort with.