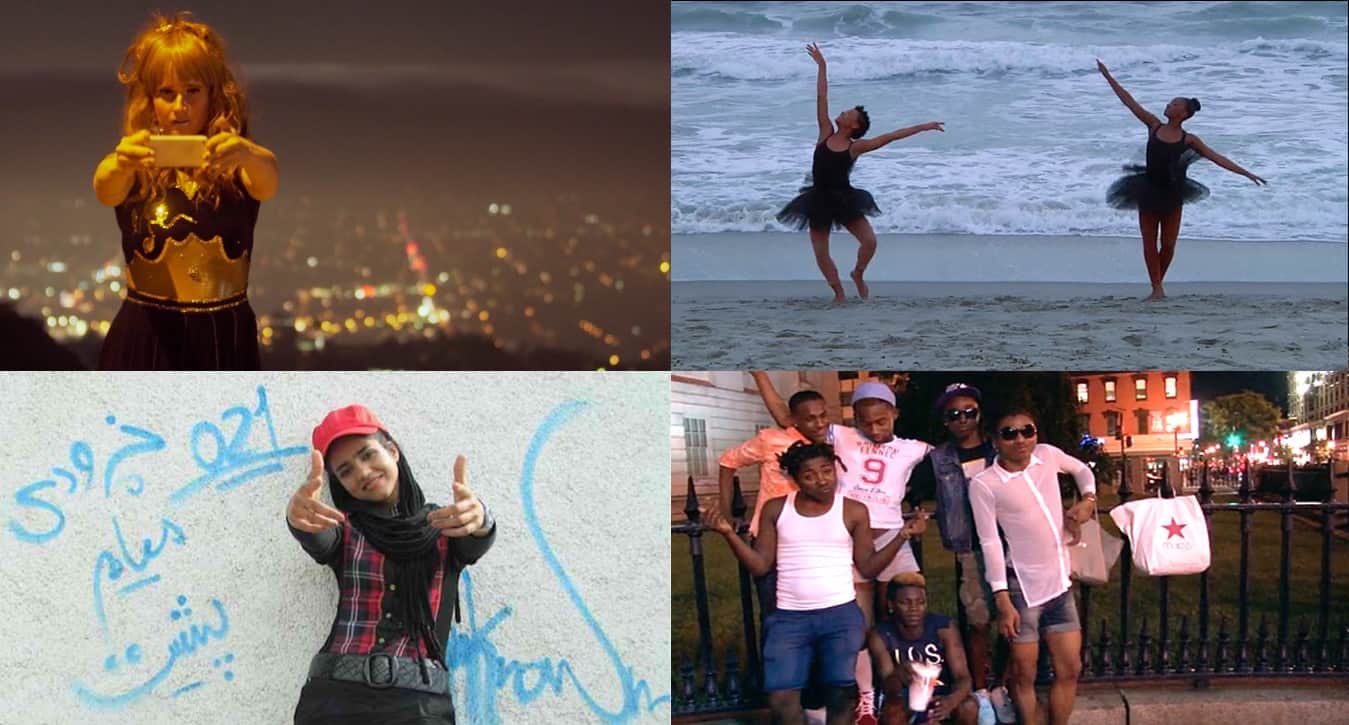 Hot Docs can be one of the most overwhelming times of the year. Unless you’re a full-time industry queen or gainfully retired, watching 100+ documentaries in ten days is next to impossible. It’s a time to be super-selective and discerning when all you want to do is indulge (kinda like dieting?). Here are my top picks at this year’s Hot Docs International Documentary Festival, happening across Toronto from April 28 to May 8, 2016.

An Afghan refugee living in Iran, 18-year-old Sonita can’t help but share her feelings through rapping. Her love for music is fierce in a culture where women are forbidden to sing. When her parents find out about her music, they send her back to Afghanistan for an arranged marriage. There’s a way out for Sonita – but she’ll need to defy her family’s expectations first.

2. The Legacy of Frida Kahlo

Frida Kahlo was a tough artist; a fighter who wasn’t afraid to confront her own pain. Her personal belongings and wardrobe – nearly in mint condition – have been discovered fifty-eight years after her death, and a Japanese photographer travels to Mexico to find out how she really lived. Go see this if you love fashion, art and the Day of the Dead celebrations.

Journalist David Farrier comes across a strange online video for a sport called “competitive endurance tickling.” You won’t believe what happens next! No seriously, watch Farrier try to get a story out of the person responsible for posting the video. He receives a response so appalling and mysterious that it catapults into a dangerous and disturbing investigation. The results are beyond anyone’s imagination.

File under: stranger than fiction, the interwebz, investigative journalism

4. Lo and Behold: Reveries of the Connected World

If you’re into weird internet documentaries like I am, then you’ll be glad to see this one by the legendary Werner Herzog. Watch Herzog guide you through the endless intricacies of the online world with his thick German accent as he paints a complex portrait of our interconnected lives, interviewing internet pioneers, victims of wireless radiation, and people affected by online harassment and addiction.

File under: Werner Herzog goes online, dazed and doomed in the digital age

Explore the community of Buddhafield, a tight-knit group of young people devoted to self-improvement and meditation led by a charismatic, hypnotizing megalomaniac named Michel. Watch director Will Allen uncover twenty years of work as the group’s official documentarian, recording the beginnings of a happy commune that warps into a cult of personality. If you’re not down for joining a cult but kinda want to see what it’s like, this one’s for you.

Check It is probably the only documented gay gang in the world, and it’s growing. Starting out as a group of gay black teenagers in Washington, D.C., they’ve definitely got a reputation. But there’s a dark side; poverty and sex work proves difficult to escape for many members. When four key members are offered a way out, they connect with each other through fashion. What happens next? You betta watch.

7. How to Let Go of the World and Love All the Things Climate Can’t Change

Oscar-nominated filmmaker Josh Fox notices that his favourite childhood tree is dying, so he grabs his camera to find out why. And so his investigation of climate change begins across twelve countries on six continents, with harrowing facts threaded throughout the film, Gasland-style. But through his despair, he discovers something unique: that climate change can’t destroy everything – especially the people behind the movement.

8. A Strange Love Affair With Ego

Filmmaker Ester Gould has looked up to her older sister Rowan ever since she was a little girl, in awe of her boundless creativity and self-confidence. But in a world obsessed with the self, she has a lot of questions about female self-esteem. What is self-assurance? What’s the difference between self-love and narcissism? Is self-confidence a performance? These questions, and many more, are explored in this vivid, original doc.

File under: self-expression, Dutch sisters, social media is ruining us all

Want more? Here are a few more worth seeing this year:

There’s something for everyone at Hot Docs, so if your must-see faves have sold out, don’t worry. Popular films sometimes get a wide release or screen at the Bloor HotDocs Cinema later on. Visit hotdocs.ca to see the whole list of films this year, and for info on tickets, packages and rush screenings. Happy festivaling!