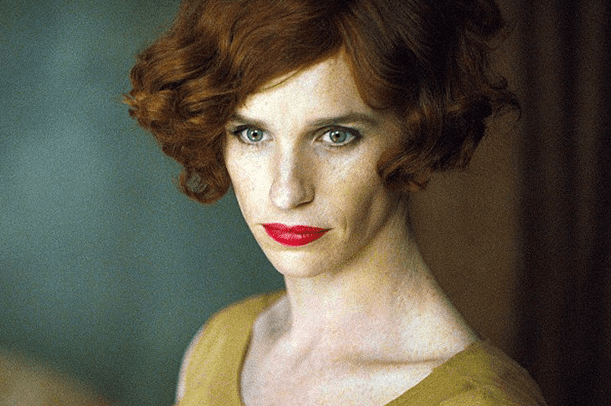 The Danish Girl is based on the true story of transgender surgery pioneer Lili Elbe, a Danish artist who was born Einar Wegener. Set in the 1920s, the biopic takes on some vitally important themes about gender identity in a world where transgender individuals are so frequently misunderstood and terrorized. The Danish Girl should be a victory for the representation of transgenders on screen, a watershed moment to raise awareness about the history of this marginalized group. It could be a transformative work of art that uses its medium to move transgender individuals from the margins of our society to the centre. Frustratingly, however, The Danish Girl falls short of its potential because of its flawed choice to cast a cisgender man in the lead.

Forced to live as a man for most of her life, our protagonist Lili (Eddie Redmayne) finally comes to terms with her gender when wife Gerda (Alicia Vikander) convinces her to pose in women’s clothing for a portrait. Soon, the floodgates open, and Lili cannot hold back her true feelings any longer. Lili begins dressing in women’s clothes regularly, and when doctors and Gerda ask her to stop, Lili refuses. In no time, Lili finds herself fighting a medical establishment populated by doctors who want to lock her away in an asylum. She knows the only hope for her survival is to convince the world she is not insane for believing the sex she was assigned at birth does not define her. Of course, it is a daunting mission, and yet Lili fights on until she finally convinces a sympathetic German physician who she really is.

The Danish Girl is based on source material today’s audiences desperately need to see. Even in 2015, trans people live with the risk of becoming the targets of violent hate crimes. So it is with considerable sadness that I contend this film arguably harms the transgender community while trying to help them. Many people have asked why director Tom Hooper cast the Eddie Redmayne instead of a self-identified transgender. Now, I do not mean to attack Redmayne’s considerable talents as an actor. Redmayne certainly does his best in the role. His facial expressions communicate both longing and fear, and his physical transformation from Einar to Lili is impressively detailed, as Redmayne changes everything from his walk to his voice while playing the transition.

But does it make sense to cast a cisgender performer? I would argue such a choice is antithetical to the goal of creating a more accepting world for trans people.

While there are still depressingly few transgender characters in modern movies, mainstream Anglophone cinema loves to cast cisgender actors in transgender roles. In addition, it practically guarantees award recognition to those performers. Remember when Felicity Huffman received an Oscar nomination for Transamerica? Or when Jared Leto won a best supporting actor statue for Dallas Buyers Club? As we speak, About Ray is also competing at TIFF, a film starring Elle Fanning as a transgender teen. Is it right that all of the most high-profile transgender screen roles in recent memory should go to cisgender actors?

One contention used to argue for the logic of casting Redmayne is the film follows its protagonist both before, as well as the time after, her transition; however, why would it be more difficult to ask a hair and makeup team to transform a woman into a man for the first half of the movie than it is to transform Redmayne into a woman during its second half?

Casting Redmayne as Lili Elbe is analogous to casting a white actor as an African American hero of the Civil Rights Movement. It takes an already under-represented group, and adds to their marginalization by depriving a transgender actor of the opportunity to portray one of the most iconic struggles of her own community.

If a film like The Danish Girl aspires to use art as a means of promoting acceptance for the transgender community, it seems to have squandered the chance to make a transgender actress a star, to add to the list of trans role models in the entertainment industry. It squanders the chance to fight discrimination by showcasing the abilities of trans performers, illustrating how much talent is wasted when we push such individuals out of mainstream society.

Ultimately, The Danish Girl is a sad commentary on the lack of gender diversity in contemporary mainstream cinema.