The Day My Life Was Forever Altered By A Stranger

It was a frigid February day in Vancouver when Elle-Máijá Tailfeathers came across a young Indigenous woman who was shivering without a jacket, visibly pregnant and in great distress. She had just been beaten up by her partner. “I ended up taking her home with me because she didn’t want to go to the hospital, and she didn’t want to go to the police, which is understandable,” remembers Tailfeathers. “Danger felt very imminent. And I also felt because I had taken her with me in this car, I was responsible for her. It was one of those moments where we have these collisions with complete strangers that fundamentally alter us.”

“We spent a few hours together; I got to know her, and she got to know me a little bit. I learned a lot from her. Also, there was this complication of my own privileges. I’m a middle-class Indigenous person, I benefit from light-skin privilege, and have a university education. I never went through care, I had two parents, I never witnessed domestic violence.” 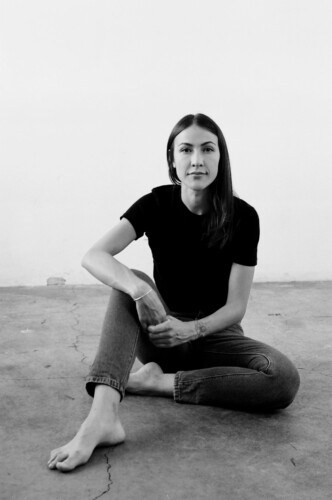 The encounter made a lasting impression on Tailfeathers. “She ended up wanting to go home at the end of it all, and I never saw her again,” she says. “I carried that experience with me for years before deciding I wanted to honour her story in making a film.”

In The Body Remembers When the World Broke Open, co-written and co-directed by Kathleen Hepburn (Never Steady, Never Still), the young woman is fictionalized as the character of Rosie (Violet Nelson), while Tailfeathers plays a version of herself, Áila. The title is lifted from an essay by Billy-Ray Belcourt that speaks to the way in which we carry trauma and history within our bodies, and the way we inherit the strength of our ancestors. This idea of the body as a political landscape is central to the film, along with themes of motherhood, the sovereignty of the body, and the right to choice, but also the right to be a mother.

“That day when I encountered this young woman, one of the reasons she didn’t want to go to the hospital was because she didn’t want to risk having any sort of encounters with social services; she wanted to keep her baby. And she learned that if she had any contact with police or medical help, that it might lead down that path of her child being apprehended.”

The film conveys the urgency that Tailfeathers felt when she aimed to get the woman to safety; it also captures her sense of discomfort with the outcome. “I brought this woman home and I never saw her again,” she says. “[I had to] come to terms with the fact that I couldn’t help her. I ended up bumping into one of the women who worked at the safe house about a month later. She said it can take women six or seven tries before they finally leave [their abusive partners]. But every time they do [try], it’s one step closer to actually leaving.”

But Tailfeathers also learned that when a woman is murdered by an intimate partner, it tends to happen after she has left her abuser. “So, relatively speaking, it’s safer to stay with him than leave and risk death,” she says. “We wanted audiences to have to sit with that. It’s not black and white.”

She also hopes that viewers will use the film to open up discussions about race and class, and shine a light on the experience of young people when they age out of [foster] care at the age of nineteen. “The state is essentially releasing young people out into the world to fend for themselves, with no support, and that just leads to so many devastating outcomes. They’re often placed in really compromising—often life or death—situations. They end up street entrenched, or end up having to do sex work to survive. That has everything to do with the foster care system and this paternalistic approach to Indigenous people, but it’s also one that’s not rooted in kinship or community or actually wanting to ensure that Indigenous youth are able [to thrive].”

The film is an arresting reminder that talk is cheap, and paying lip service to reconciliation is a far cry from changing the systems that keep people down.

The Body Remembers When the World Broke Open comes to imagineNATIVE on October 23 & 27. Get tickets here.